The quarrel was the result of a financial dispute between foreign workers in the UAE's largest city. 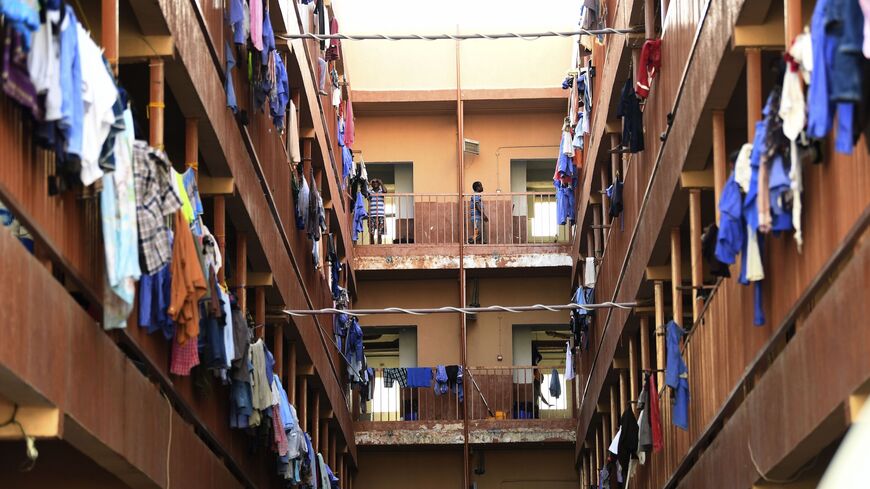 Foreign workers' clothes hang from balconies of a housing complex in Dubai's Qusais neighborhood in the United Arab Emirates, May 1, 2020. - KARIM SAHIB/AFP via Getty Images

Dubai police arrested several people after a deadly knife fight this week. There have been similar incidents in the Emirati city’s massive foreign worker community.

Ten people were arrested on charges of assault with a “cold weapon,” Dubai police said in a press release today, using a term referring to non-firearms such as knives and swords. The large brawl resulted in three deaths and numerous injuries. It was reportedly caused by a dispute over around 5,000 Emirati dirhams, roughly $1,350. The police identified the arrested individuals only as “Asians.”

Dubai police did not give many further details, but said the arrests came within 24 hours of the incident.

The overwhelming majority of Dubai’s population consists of foreigners. They include millions of low-income foreign workers from South Asia, the Philippines and other countries. This population already had to contend with poor working conditions and low wages before the COVID-19 pandemic and the international oil crisis in 2020. Unpaid wages in particular became a problem for these workers in Dubai and other parts of the United Arab Emirates and the Gulf last year.

Dubai police have acknowledged similar violent incidents in dormitory-style housing inhabited by workers from Asia, Africa and the Middle East.