The announcement comes a year after the Trump administration slashed $73 million in assistance over concerns the Houthis were diverting the aid. 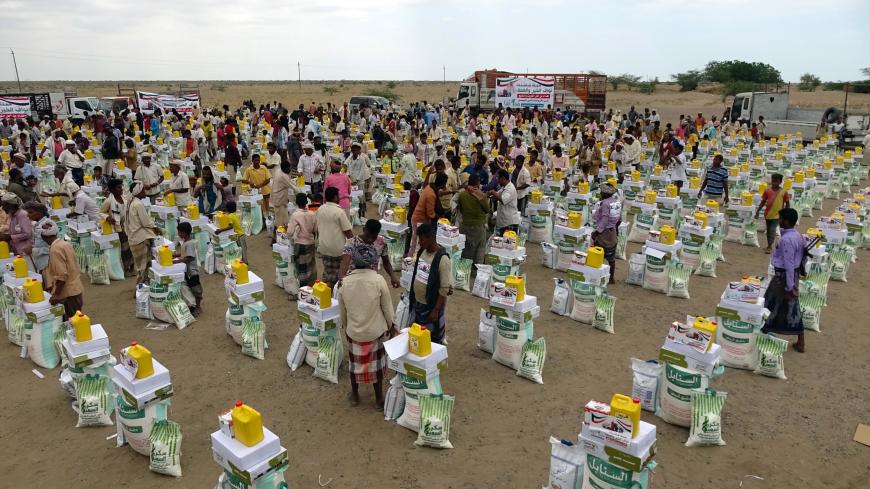 People displaced by conflict receive food aid donated by a Kuwaiti charity organization in the village of Hays, near the conflict zone in Yemen's western province of Hodeida, on Feb. 22, 2021. - KHALED ZIAD/AFP via Getty Images

The United States is restoring aid to Houthi-held parts of northern Yemen “to help meet the region's critical needs,” the US special envoy for the war-torn country confirmed Friday.

The announcement comes nearly a year after the Trump administration suspended $73 million in US humanitarian aid to northern Yemen, citing concerns the Iran-aligned rebels were interfering with the distribution of humanitarian supplies.

Aid organizations called on the Biden administration to restore the funding, warning that failure to do so would worsen what’s already considered the world’s worst humanitarian crisis. Even before the outbreak of civil war in 2014, Yemen was the poorest country in the region. Today, roughly 80% of the population requires humanitarian assistance to survive, the United Nations estimates.

“Just today, the US restored humanitarian assistance and funding in north Yemen to help meet the region’s critical need,” the US special envoy for Yemen, Timothy Lenderking, said at a virtual event hosted by the Atlantic Council.

President Joe Biden has made ending the civil war in Yemen a foreign policy priority. Last month, he announced an end to US support for the Saudi-led coalition’s offensive operations in Yemen, and appointed Lenderking, a veteran diplomat, as part of his push for peace between the Saudi-backed government and the Houthis.

Lenderking returned this week from a 17-day visit to the Gulf region that included stops in Saudi Arabia, Oman and Jordan that were aimed at bringing the parties closer to a cease-fire, the State Department said.

Biden also reversed the Trump administration’s foreign terrorist designation of the Houthis, which aid organizations warned could make it difficult for them to deliver aid in rebel-run parts of the country.

In recent weeks, the Houthis have stepped up their cross-border attacks targeting Saudi Arabia, including its Aramco oil facilities, and have renewed their offensive on the oil-rich province of Marib.

Lenderking on Friday said the United States has a plan for a nationwide cease-fire that “been before the Houthi leadership for a number of days,” adding that the Biden administration is waiting for “a sign of responsiveness” from the rebels.