Tunisia and Libya were major trade partners before the political transitions in both countries during the Arab Spring. Tunisia was neutral during the Libyan civil war that ended in December. 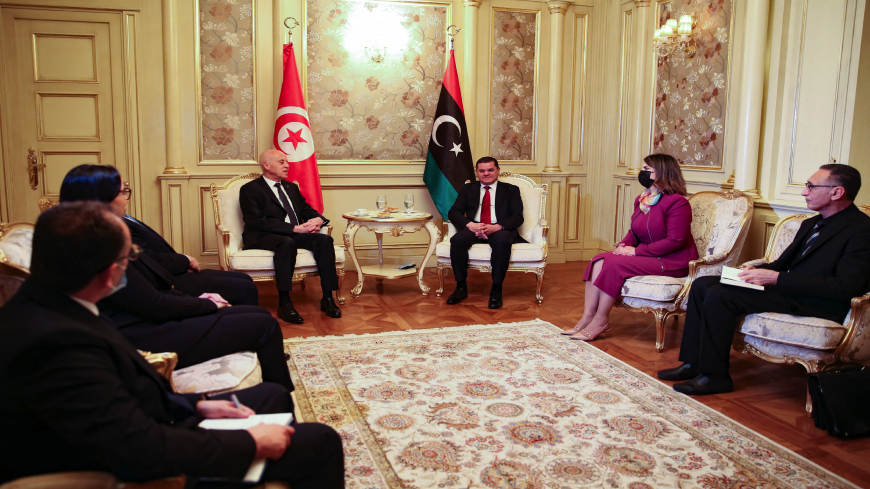 Tunisia’s president flew to Libya on Wednesday to meet with the neighboring country’s new unity government.

“It’s time to overcome all causes of alienation,” said Saied at a press conference.

The recent history of Tunisia-Libya relations has been shaped by the Arab Spring. In 2011, a popular revolution forced longtime Tunisian President Zine El Abidine Ben Ali out of power. Later that year, Moammar Gadhafi, who ruled Libya for decades, was removed from power and killed during the NATO-backed uprising.

Tunisia transitioned to a democratic form of government, but Libya has been marred by war and instability since Gadhafi was ousted. Hundreds of thousands of Libyans have crossed the border into Tunisia to flee the violence.

Before the Arab Spring, Tunisia and Libya were major trade partners.

The Libyan civil war that began in 2014 between the Tripoli-based Government of National Accord and the Libyan National Army in the east ended in December of last year with a cease-fire. Earlier this month, a unity government took office that is supported by both of the warring parties. The interim government is to lead the country until elections on Dec. 24.

Tunisia remained neutral during the Libyan civil war. Saied’s visit could be a sign that relations will go back to normal between the two North African states.