The Libyan civil war ended with a cease-fire in October of 2020, and a transitional government is now in power. 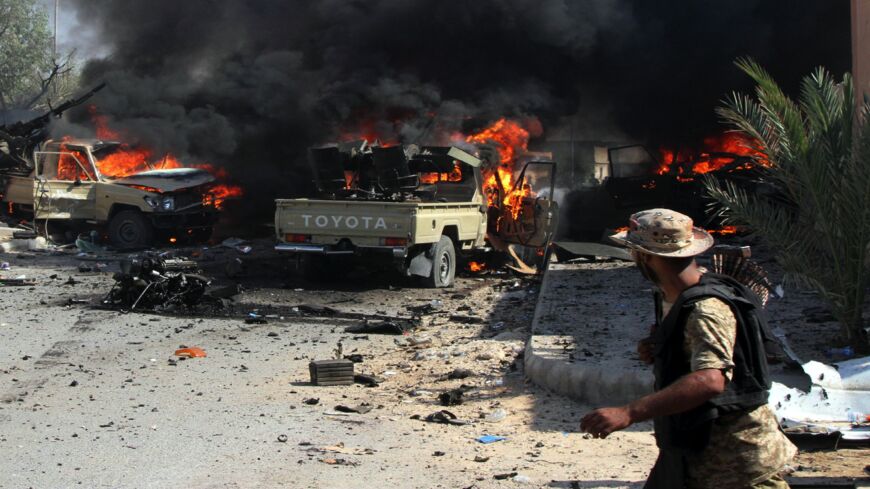 A fighter from the pro-government forces loyal to Libya's Government of National Unity looks at GNA forces' vehicles burning after a suicide bomber of the Islamic State detonated his explosives close to a group of soldiers on Aug. 16, 2016, in an area of central Sirte known as District Two. - STR/AFP via Getty Images

The explosion occurred at a checkpoint in the southwest city of Sabha, killing a police officer and one other person. IS claimed that one of its fighters carried out the attack with an explosives-landed vehicle, Reuters reported.

The Libyan civil war ended last October with a cease-fire between the Tripoli-based Government of National Accord and the Libyan National Army in the east. A unity government took office in March and will lead the country through elections in December.

There is still some violence in the country from armed groups. Libya has experienced political chaos since 2011 when long-time ruler Moammar Gadhafi was ousted in a NATO-backed uprising. IS also remains active in neighboring Egypt. The United Nations agreed in April to send observers to Libya to monitor the cease-fire.