Both Democrats and Republicans signed on to the legislation, which would mandate more action on fighting Islamophobia and anti-Semitism and boosting Israeli-Arab exchange programs, among other things. 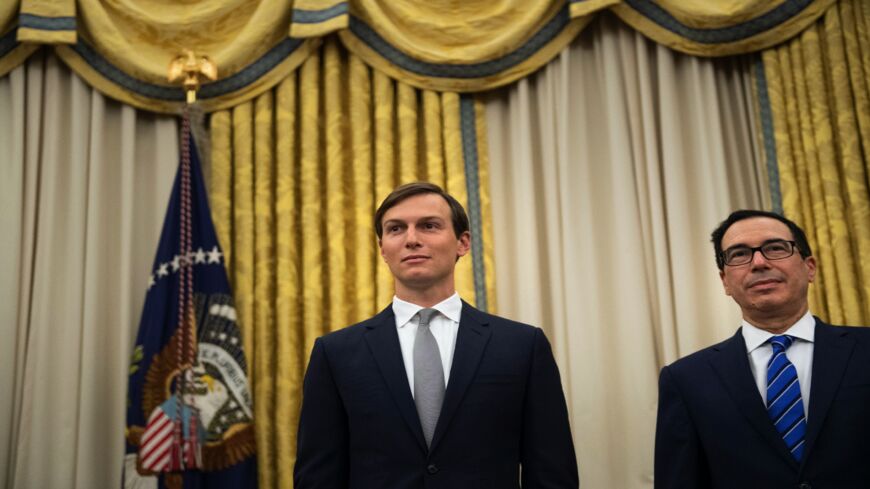 Senior adviser Jared Kushner and US Secretary of the Treasury Steven Mnuchin listen while Donald Trump announces an agreement between the United Arab Emirates and Israel to normalize diplomatic ties, the White House August 13, 2020, in Washington, DC. - BRENDAN SMIALOWSKI/AFP via Getty Images

A bipartisan group of senators introduced legislation on Friday to bolster and expand the normalization agreements between Israel and Arab states.

Republican Sen. Jim Risch of Idaho said that the Abraham Accords could improve the course of history in the region.

“The Abraham Accords between Israel and like-minded nations have the potential to fundamentally change the Middle East for the better,” said Risch in a press release.

Risch, who is the top Republican on the Senate Foreign Relations Committee, introduced the Israel Relations Normalizations Act of 2021 with 17 Democratic and Republican Senate colleagues. The bill would make it US policy to “strengthen and expand” Israel’s recent normalization agreements with the United Arab Emirates, Bahrain, Morocco and Sudan.

Israel formally established ties with the United Arab Emirates, Bahrain and Morocco last year as part of the US-brokered Abraham Accords. The UAE was first to establish full relations with Israel among the trio and was only the third Arab state ever to do so after Egypt and Jordan. Bahrain and Morocco later followed suit. Sudan has also agreed to establish ties with Israel but has yet to officially do so.

Specifically, the bill mandates an assessment on increasing exchange programs for Israeli and Arab youth, a proposal on producing Holocaust awareness literature in Arabic, recommendations to improve coordination between State Department officials working on fighting Islamophobia and anti-Semitism, identifying existing funds that support Israel-Arab cooperation and various other initiatives.

An ideologically diverse group of nearly 20 senators joined Risch in introducing the legislation, including Democratic Sen. Raphael Warnock of Georgia. Warnock was previously a critic of the Israeli government’s policies toward the Palestinian people, but he has since shifted his stance and been embraced by some pro-Israel groups.

Republican Sen. Todd Young of Indiana said on the bill that it is important for the United States to help more countries in the region recognize Israel.

“Helping additional countries normalize relations with Israel would be a significant step forward for Israel and the region at this critical time,” he said.

Israeli Prime Minister Benjamin Netanyahu said this month that Israel will soon have four more normalization agreements, though he did not say who the countries are. Saudi Arabia has so far dismissed rumors that it will recognize Israel.

Criticism of US support for Israel has grown in Congress in recent years, but more so in the House of Representatives than the Senate. For example, New York Democrat Rep. Jamaal Bowman, who was elected in 2020, wrote to the Israeli Consulate in New York in February saying that the Israeli government has a “moral obligation” to vaccinate Palestinians in the West Bank. Democratic Rep. Rashida Tlaib of Michigan is also a regular critic of US policy toward Israel.