The legislation from a progressive representative reflects a trend in the Democratic party toward pro-Palestinian positions and criticism of Israel. 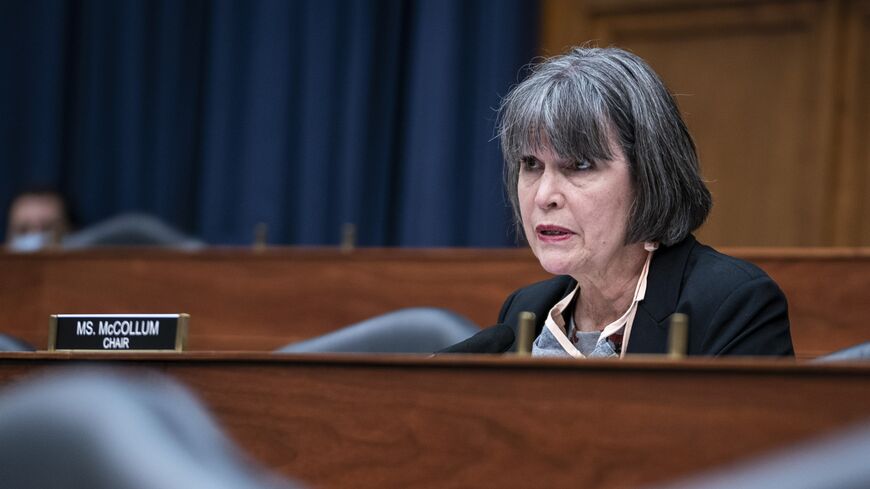 A progressive US congresswoman introduced a bill that would condition US aid to Israel on Thursday. Rep. Betty McCollum’s legislation reflects an increasingly active and vocal group of progressive Democrats espousing pro-Palestinian positions on the conflict and was criticized by a leading pro-Israel group.

The Minnesota Democrat’s bill is named “Defending the Human Rights of Palestinian Children and Families Living Under Israeli Military Occupation Act.” The legislation would prohibit US government funds sent to Israel from supporting the following: Military detention and interrogation of Palestinian children; seizing Palestinian property; forced population transfers in the Palestinian Territory the West Bank; and anything that would “facilitate or support further unilateral annexation” of the West Bank into Israel.

McCollum’s bill is one of several recent examples where Democrats have been taking aim at Israeli policies toward Palestinians. Last year, Massachusetts congressional candidate Alex Morse campaigned to condition US aid to Israel. The 2020 Democratic Party platform explicitly condemned then-Israeli plans to incorporate the West Bank into Israel via annexation. Several congressional Democrats have also criticized Israel for not initially vaccinating Palestinians against COVID-19 at the same time as Israeli citizens.

The pro-Palestinian shift accelerated last summer with the Black Lives Matter protests throughout the United States, as many activists alleged a connection between US police killings of Black people and Israeli police trainings.

The Democratic Party is divided on the issue, though, and the pro-Israel camp remains strong.

Israel is the largest recipient of US government aid since World War II and receives around $3.8 billion a year, according to the Congressional Research Service.

Several Democrats co-sponsored McCollum's bill, including Reps. Rashida Tlaib of Michigan and Marie Newman of Illinois. Numerous Muslim, left-wing and Jewish organizations support the bill, according to a press release from McCollum’s office. The bill also cited research from the Israeli human rights group B’Tselem, which is heavily critical of the Israeli government.

The act would need to pass the Democratic-controlled House and the 50-50 split Senate as well as be signed by the president to become law. This is unlikely given President Joe Biden’s stated support for Israel.

McCollum’s bill ran into opposition from pro-Israel groups even before it was officially introduced. On Wednesday, the American Israel Public Affairs Committee (AIPAC) criticized the proposal in a series of tweets. AIPAC said US aid to Israel is already only allowed for self-defense and internal security, and pointed out that Congress already reviews Israeli military purchases.

The leading pro-Israel lobby group also said the bill would “make peace less likely,” arguing that US support to Israel has led to normalization and peace agreements with various countries in the region.

“Peace can only come when Israel feels secure in the context of a rock-solid U.S.-Israel alliance,” said AIPAC. “U.S. backing has helped advance peace between Israel and Egypt, Jordan, the UAE, Bahrain, Sudan & Morocco.”