The standoff continues between the United States and Iran as each demand the other make the first move. 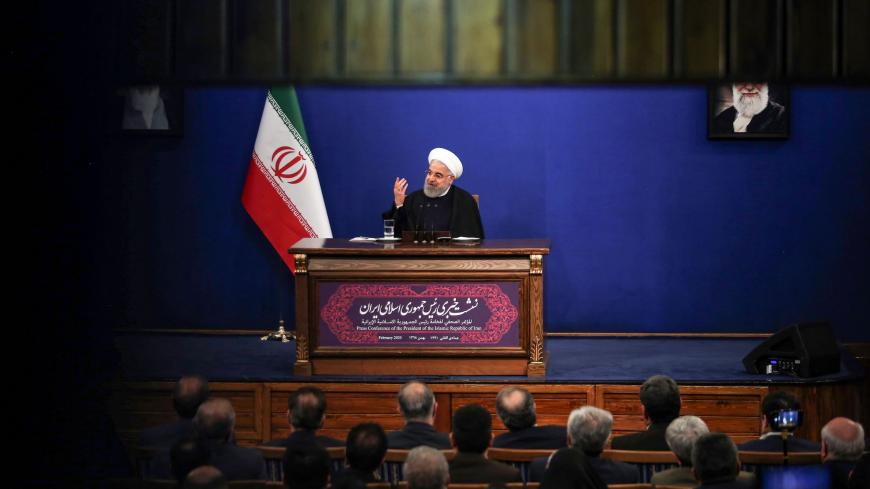 Iranian President Hassan Rouhani speaks during a news conference in the capital Tehran on Feb. 16, 2020. - ATTA KENARE/AFP via Getty Images

President Hassan Rouhani addressed the standoff between his country and the United States over reentry to the 2015 nuclear deal at a cabinet meeting yesterday.

“The Americans stated numerous times that the actions of the previous administration were wrong and that they want to return to their commitments and the nuclear deal,” Rouhani said. “However, these words are not enough and we are awaiting action.”

While Biden campaigned on returning to the JCPOA, US officials have called on Iran to negotiate on the reentry. President Donald Trump exited the JCPOA in 2018 and reapplied nuclear sanctions on Iran. Tehran reduced its compliance with the JCPOA terms but says the moves can be easily reversed once the United States lifts its sanctions. The United States, however, is demanding a meeting before doing so.

Iran is likely concerned that a meeting with the United States will lead to extra demands on top of the JCPOA. Rouhani also hinted once again at Iranian domestic opposition to a meeting with the United States before sanctions are lifted when he said, “Delaying the removal of sanctions is treason and if any partisan, individual or group delays the removal of sanctions even one hour, this is treason against the nation of Iran and this shame will remain for this partisan or group forever.”

In 2013 Rouhani campaigned on negotiating with the West to resolve the nuclear crisis and open the country economically. With Trump’s exit of the nuclear deal and reapplication of sanctions, Rouhani’s campaign promise became impossible. When Rouhani’s chief of staff, Mahmoud Vaezi, was asked about Rouhani’s economic campaign promises, he said, “If we want to evaluate promises, we have to evaluate when they were made. The promises that we made were made before the economic war.”

Vaezi said that the United States' goal was to block Iran from selling its oil and conducting bank transactions to cause the government to collapse. He said that the economic war coupled with the difficulties of the past year due to the pandemic made Iran's situation very difficult. However, he said that the Rouhani administration has been able to manage the country under these difficult circumstances and that the new year will bring better times for Iranians.