Iran's Khamenei says nuclear deal can be reentered ‘without delay’

Iranian Supreme Leader Ayatollah Ali Khamenei said there should be no delay in removing sanctions and reentering the nuclear deal. 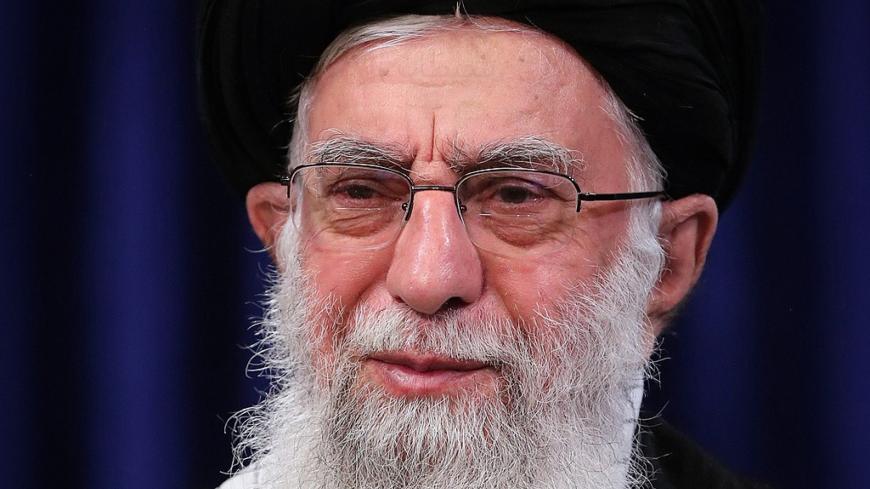 During a Dec. 16 televised speech attended by various government officials, Iranian Supreme Leader Ayatollah Ali Khamenei addressed a number of problems the country is facing, including the nuclear deal and sanctions.

This was Khamenei’s first public appearance since Joe Biden defeated President Donald Trump. President-elect Biden has said he would return to the nuclear deal that was signed by the United States in 2015, known as the Joint Comprehensive Plan of Action (JCPOA), under certain conditions.

The deal went into effect in 2016, but Trump exited it in 2018 and reapplied sanctions on Iran, which has cost considerable damage to its economy. As a result, Iran reduced its commitments under the JCPOA in a five-step process as a means to pressure Europe to remain in the deal and bypass US sanctions.

Iran said these steps could be easily reversed with a return to the deal; however, many Iranian lawmakers grew increasingly frustrated with having to adhere to nuclear restrictions while not reaping the economic benefits of sanctions being lifted and being able to sell their oil easily on the market. In early December the new conservative parliament passed legislation that would require Iran to dramatically increase its nuclear capabilities; its supporters said this would strengthen Iran’s hand ahead of a US reentry into the JCPOA. However, critics of the legislation argued that any further increase in the nuclear program would delay a full reentry and President Hassan Rouhani said he would interpret the legislation as he wished.

Khamenei’s latest comments signal that Iran is not going to push the nuclear issue further. “If we can remove the sanctions, we must not delay even one hour,” Khamenei said. He said, “It’s been four years it has been delayed” and lamented how he had thought all the sanctions would be removed immediately after the nuclear deal but that instead “not only have not all the sanctions been removed but more sanctions have been added.” Khamenei’s comments came in the middle of speech asking officials to “neutralize” sanctions, saying the focus should be to make US sanctions on Iran ineffective.

While Khamenei signaled that Iran would reenter the deal and address this point of contention with the United States, he talked about other issues that remain between the two countries. “The agents and murderers of Soleimani will receive their revenge,” Khamenei said. “And this revenge will take place whenever it can.” Trump ordered the drone attack that killed Quds Force commander Qasem Soleimani at the Baghdad airport, pushing the two sides closer to war. Iran has said it wants US troops out of the region and has supported various proxy groups in Iraq.