Iran’s supreme leader said the United States must first remove sanctions before Iran takes any steps in the nuclear deal. 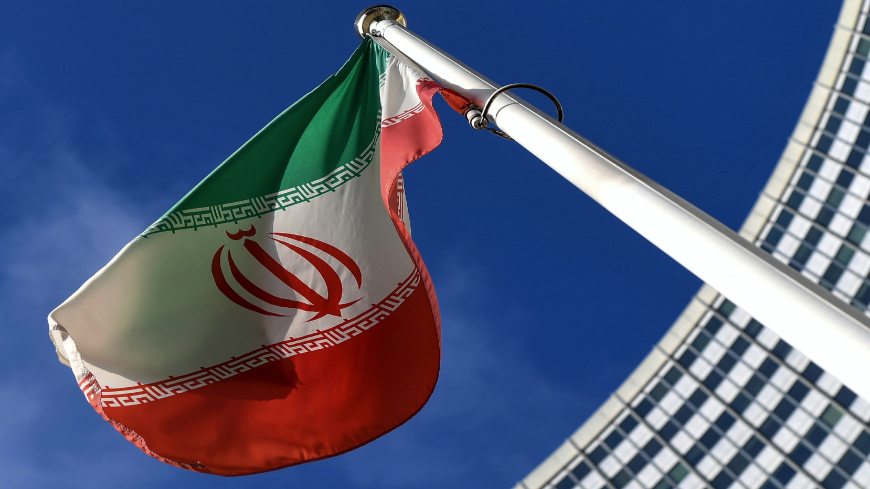 The Iranian national flag is seen outside the International Atomic Energy Agency (IAEA) headquarters during the agency's Board of Governors meeting in Vienna on March 1, 2021. - JOE KLAMAR/AFP via Getty Images

Iran’s Supreme Leader Ayatollah Ali Khamenei gave his annual Nowruz speech yesterday, highlighting the important challenges for the upcoming Persian New Year. While a great deal of his address was focused on domestic issues, especially pertaining to production, many international observers focused on what would be said about the current deadlock with the United States on reviving the 2015 nuclear deal.

Khamenei, referring to former President Donald Trump as “an idiot,” said that the US maximum pressure policy failed and Iran remained standing as Trump “left in disgrace and shamed America.” Khamenei continued, “Maximum pressure failed, and if the new administration wants to continue that policy they too will fail, and Iran will become stronger day by day.”

Khamenei reiterated Iran’s position on the nuclear deal, saying, “America has to remove all the [nuclear] sanctions, then Iran has to verify it, and once sanctions are removed in actuality, we will return to our nuclear deal commitments.” President Joe Biden has requested a meeting to negotiate US reentry into the nuclear deal, which Iran has turned down. The United States exited the nuclear deal, known as the Joint Comprehensive Plan of Action, in 2018 and reapplied crippling sanctions. Citing the text of the JCPOA, Iran then took steps out of full compliance with the deal, claiming the steps were fully reversible and they could return to full compliance once the United States reenters the JCPOA.

Khamenei said, “America’s promises are not reliable for us that they say on paper they want to remove the sanctions, rather that sanctions need to be removed in action, and the Islamic Republic needs to verify it.”

In regards to modifying the nuclear agreement or amending parts of it due to the situation today being different than it was six years ago when the deal was signed, Khamenei agreed, “Yes, the situation today with respect to 2015 has changed, but it has changed to Iran’s benefit, not America’s.” He said the United States is weaker than it was then, that Trump brought scandal to the country, economic problems are rampant and it is not yet clear what the Joe Biden administration will do. He added, “Therefore, if there is a change, the nuclear deal must change to Iran’s benefit.”

Regarding arguments that Iran should take up the opportunity to negotiate with the Biden administration because they have expressed interest in returning to the nuclear deal, Khamenei said, “This is true, but we must not hurry.” He said even in the original deal Iran was in a hurry to comply with the terms of the text, yet the opposing sides had not even removed the sanctions yet.

Khamenei concluded, “Iran has a lot of patience, and if they accept our stated policies, things will work correctly, and if they don’t, the situation will continue as it is.”