The Ramallah-based Independent Commission for Human Rights said the Palestinian Authority is giving out vaccine doses based on personal relationships and not medical need. 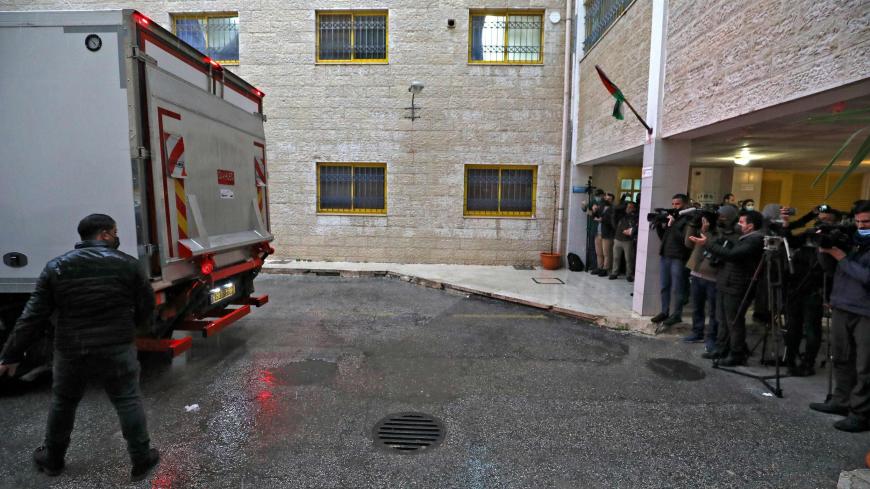 Journalists cover the arrival of a truck carrying the first batch of Russia's Sputnik V COVID-19 vaccine in the West Bank city of Ramallah, on Feb. 4, 2021.

A Palestinian human rights group has accused the Palestinian Authority of giving COVID-19 vaccine doses to their friends and family instead of frontline workers and those in most need.

The Independent Commission for Human Rights wrote to Palestinian Prime Minister Mohammad Shtayyeh on Wednesday. In the letter, the Ramallah-based human rights group alleged that Palestinian authorities have been administering the vaccines based on personal relationships as opposed to medical reasons.

The commission said it had “documented cases where the vaccine was administered based on mediation and personal relationships, without a justified medical priority,” saying it had “monitored cases of officials assisting their relatives in obtaining the vaccine, without any medical justifications that would give them this priority.”

The group asked the prime minister to publish a “regularly updated plan to tell citizens about the vaccine distribution mechanism and outlining the current prioritizing criteria” so people can know who will be vaccinated and when. Sick people, the elderly and health workers should be given first priority, the commission said.

The Palestinian Authority began vaccinating people in the West Bank in early February after receiving 5,000 vaccine doses from Israel. The authority also acquired 10,000 doses of Russia’s Sputnik V vaccine last month. This shipment was flown to Israel and then transported to the West Bank, but was otherwise obtained independently of Israel.

When Israel handed over vaccine doses to the authority, Palestinian officials said they would first go to health workers.

Israel, which has the fastest vaccine rollout in the world, has received significant criticism internationally for the relatively slow vaccination process in the Palestinian territories. The letter from the Independent Commission for Human Rights is an example of the Palestinian Authority likewise receiving scrutiny for the vaccine campaign in Palestine.