Mahmoud al-Werfalli had been indicted by the International Criminal Court for war crimes and was under US and EU sanctions. 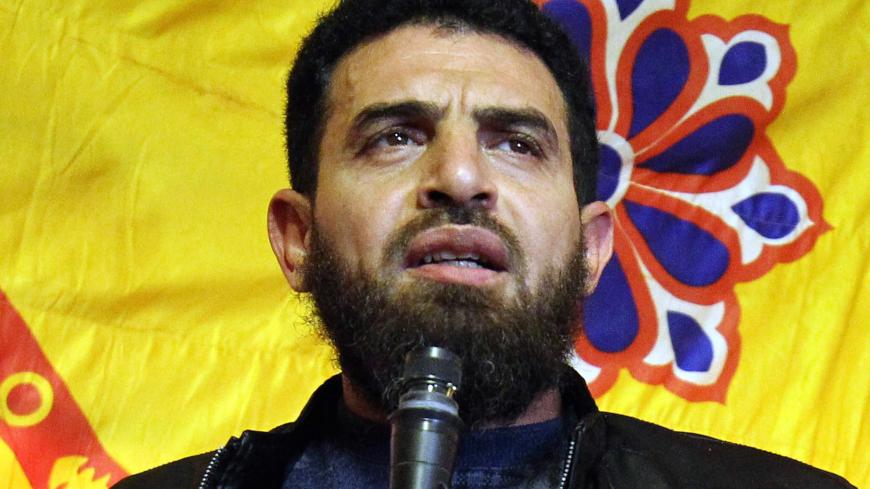 A picture taken on January 26, 2017 shows Mahmoud al-Werfalli speaking in the eastern Libyan city of Benghazi.

Unknown gunmen in Benghazi have assassinated a notorious eastern-based commander in Libya who was wanted by the International Criminal Court (ICC), media news outlets reported on Wednesday.

Mahmoud al-Werfalli commanded a special forces unit under Khalifa Hifter's self-styled Libyan National Army (LNA), which is fighting the Tripoli-based Government of National Accord (GNA) for control of the North African country.

A security source told AFP that Werfalli was "shot dead with his cousin, Ayman, when unidentified gunmen opened fire on his car." Both men were pronounced dead on the scene at the nearby Benghazi Medical Center, the news agency reported.

A spokesman for Hifter’s special forces reportedly confirmed Werfalli’s death in a tweet.

The ICC in the Hague had issued a warrant for Werfalli’s arrest in 2017, accusing him of playing a role in 43 murders between 2016 and 2018. During that period, video analysis from Human Rights Watch showed Werfalli acting as the main executioner or supervisor in a series of recorded killings that were posted to social media.

ICC chief prosecutor Fatou Bensouda had repeatedly called on Hifter to hand Werfalli over. But he’s been accused of more killings since his 2017 indictment, including the summary execution of 10 blindfolded prisoners outside Benhgazi’s Bi'at al-Radwan Mosque in apparent retaliation for a twin car bombing.

Werfalli is also on Interpol’s wanted list for ordering extrajudicial executions in Libya and is under sanctions from the United States and European Union.

In February 2018, Werfalli announced he would turn himself in to the LNA’s military police, but was released a day later following violent demonstrations by his supporters.

He’s remained in eastern Libya since, and most recently Werfalli and armed men were seen on video vandalizing a local Toyota dealership in Benghazi and harassing its owner at gunpoint.

Werfalli’s al-Saiqa Brigade fought as part of Moammar Gadhafi’s army before defecting in 2011. Libya descended into chaos after a NATO-backed uprising toppled Gadhafi, spawning a civil war between the rival LNA and GNA.

An interim national government selected as part of a United Nations-facilitated process was sworn in earlier this month. Prime Minister Abdul Hamid Dbeibah and a three-member presidency council are tasked with preparing the country for general elections in December 2021.