After much controversy and debate, the Cabinet approved for the Health Ministry to start vaccinating 120,000 Palestinian workers on Sunday. 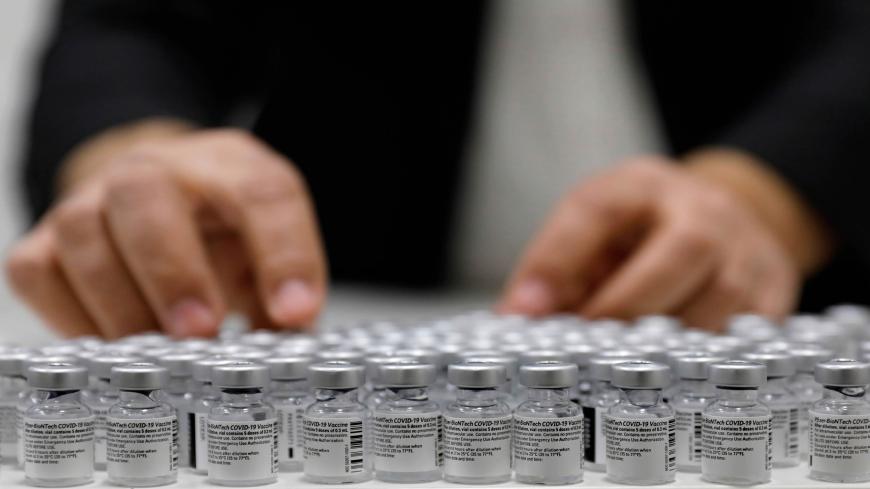 Israel starts a pilot operation today to vaccinate Palestinian workers, apparently this evening at one of the West Bank crossing points.

The Coordinator of Government Activities in the Territories (COGAT) said Feb. 28 that the vaccination drive had been "approved by the political echelon," adding that Israel will "conduct a vaccination campaign for Palestinian workers with employment licenses in Israel and in the communities across Judea and Samaria [West Bank]." In a March 3 announcement, COGAT’s office said it will roll out next week the vaccination campaign at checkpoints and industrial zones across the West Bank.

As a first step, 12 vaccination compounds are scheduled to be set up — eight at checkpoints for those employed in Israel and four at settlements for those employed in the West Bank. The vaccination centers will be staffed by Israeli medical teams. COGAT stated that vaccinations would be done on a voluntarily basis, and that Israeli employers were told they cannot force their workers to receive the shots. The employers will be the ones responsible for scheduling appointments for their workers to get vaccinated. Instructions are for the workers to get vaccinated at the end of the work day, when leaving Israeli territory, not in the morning when entering, so as not to delay their arrival to work.

The medical teams will first use the 100,000 Moderna vaccine doses Israel has in surplus. These vaccines are now stocked at a depot belonging to the Israeli giant pharmaceutical Teva near Ben Gurion Airport. Until now, Israel has been reluctant to use these vaccines, since the condition of their storage and administration are different from those of the Pfizer vaccine largely used in the country’s immunization drive. Prime Minister Benjamin Netanyahu intended to donate the Moderna vaccine surplus to some 20 countries considered friendly to Israel, and also to the Palestinian Authority (PA). But his plan was halted after a negative legal opinion by Attorney General Avichai Mandelblit on Netanyahu's authority to take such a decision on his own.

The Israeli decision to vaccinate Palestinian workers came after a rare visit of Health Ministry officials in Ramallah on Feb. 19, where they met with their Palestinian counterparts and visited the coronavirus ward at the Ramallah hospital. The Israeli delegation included Health Ministry’s director Chezy Levy, head of Public Health Services Sharon Alroy-Preis and coronavirus commissioner Nachman Ash.

Eliyahu Shaviro, mayor of the West Bank settlement Ariel, said March 3 that the town will open next week a special coronavirus vaccination center for Palestinian workers. He said the Health Ministry approved the move after he exerted “prolonged pressure” on it. He added, “It is important to emphasize that we are working with the Palestinians, and the fact that the PA does not vaccinate its citizens poses a health risk to the Israeli public.”

It is unclear for the moment whether the center in Ariel is part of the four compounds set to be established in settlement industrial zones.