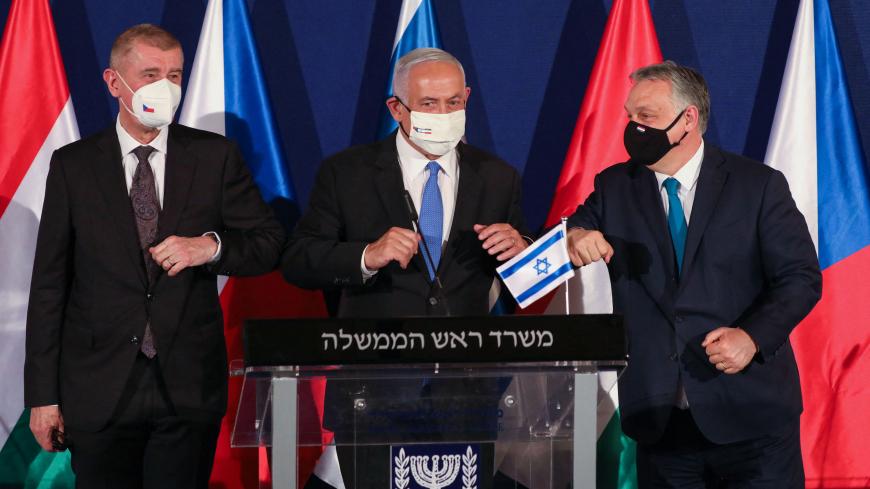 By the end of the March 4 meeting, the three leaders had agreed to establish a vaccine alliance and cooperate in ventures for producing large quantities of vaccines. The March 11 was about cooperating in the research, development and production of vaccines.

"This is a delight to welcome two close friends, Prime Minister Viktor Orban of Hungary and Prime Minister Andrej Babis of Czech Republic. … In the spirt of that friendship, they came here to Jerusalem to see how we can cooperate on COVID. We discussed a number of ideas. The first is exchanging 'green' passports, as we've done with several countries already. It would be an important addition to add Hungary and the Czech Republic to this but equally to see how we can involve both Czech Republic and Hungary in the international plant that we want to build here in Israel for the production of the vaccines of the future," said Netanyahu.

The communiqué from Netanyahu’s office added that the three leaders held a working meeting with their countries' professional teams. The heads of government and their representatives from the ministries of foreign affairs and health discussed the fight against the coronavirus, including exit strategies and travel.

On March 15, Kosovo is expected to open its embassy in Jerusalem. It is not yet clear if senior Kosovar officials will meet with Netanyahu on that occasion.

Not everyone in Europe is happy about Netanyahu’s zeal for joint ventures against the virus. The European Union is struggling to distribute vaccines in an equitable fashion and the European Commission is working to coordinate contracts with different vaccine producers.

Shortly after the March 4 meeting, France criticized Austria and Denmark for coordinating with Israel outside the EU framework. France was especially irked by Kurz saying that the European Medicines Agency was “too slow in approving vaccines.” French Foreign Minister Jean Yves Le Drian defended the agency, saying, “The most effective solution for meeting our vaccination needs must remain within a European framework. This is what guarantees the solidarity among member states that is more essential than ever.”

This message is nothing new. Netanyahu has demonstrated on numerous occasions his preference for alliances with smaller European countries, those with hard right-wing/nationalist leaders, in defiance of the European Union. Still, the current vaccine alliance offers a very concrete dimension to Netanyahu's policy.

Netanyahu is also busy working on other levels. Today, for instance, he spoke on the phone with Ukrainian President Volodymyr Zelensky about cooperating on the pandemic, including "green" passports and the reopening of Jewish pilgrimages to the Ukrainian city of Uman.

In an even more significant vaccine-diplomacy development, according to the Times of Israel, Israel is moving forward on its plan to supply surplus Moderna vaccines to a group of 20 friendly countries. This plan first came to a halt shortly after it was publicized at the end of February, when Attorney General Avichai Mandelblit opined that the prime minister did not have the authority to approve such a move without consulting with the cabinet. Defense Minister Benny Gantz (who also holds the justice portfolio) warned against Netanyahu exploiting the vaccines for his personal agenda.

Now that Mandelbit has set the guidelines for such transfers of vaccines, Netanyahu has reportedly renewed efforts on his initiative. With these surplus doses expiring at the end of May, the donations must be made quickly. Gantz seems to have come around and won’t stand in the way.

The nearing expiration date could explain why Israel is acting on its own, outside the COVAX international initiative for vaccinating populations in developing countries. Israel is part of the Friends of the COVAX Facility group but has not offered to finance vaccine doses for needy countries nor to donate vaccines via that mechanism, as Netanyahu prefers to act on his own and is not hiding the political and diplomatic considerations behind his project.