Prime Minister Benjamin Netanyahu has announced that Israel, Denmark and Austria will establish a joint research and development fund to battle the coronavirus. 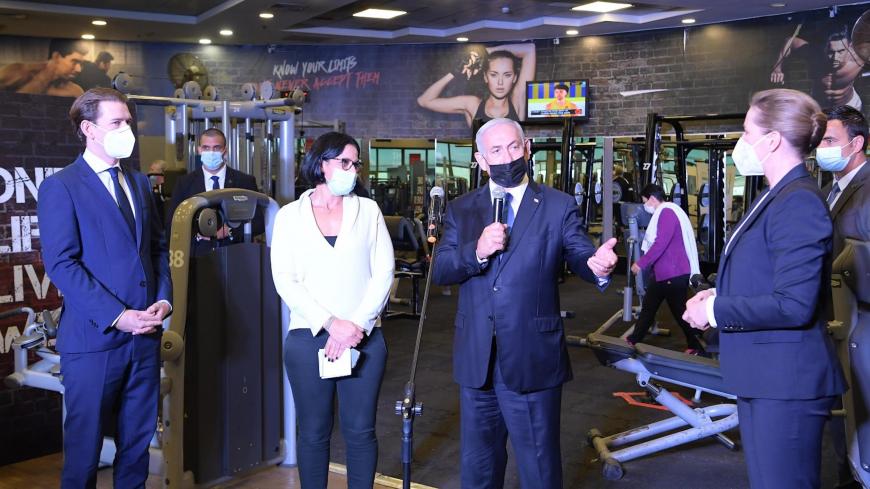 “We are now emerging from the corona with the Green Passport having vaccinated — well, 90% of our population that has received one jab or two or has already recovered — so we don’t have that far to go … I think Israel serves as model for the world and we are discussing some of these experiences, sharing those experiences with our friends," said Netanyahu.

The prime minister went on to explain the purpose of “the vaccine summit," saying, “We have to protect our peoples against the reemergence of this pandemic or mutations, and we want to create two capacities. We think that by joining our resources, of three small but very able and gifted countries, we can better meet these challenges. What we are talking about is establishing a joint R&D fund of Israel, Austria and Denmark, and beginning joint efforts for common production of future vaccines."

Netanyahu said that vaccine production demands several kinds of capabilities and expertise, so the idea would be to divide production between the three, with each of the countries focusing on and advancing the production aspects it knows best.

Frederiksen noted that the three countries have worked together for a year, ever since the outbreak of the pandemic, saying, “Today’s meeting has provided me with a lot of inspiration on how we can work closer together when it comes to research and when it comes to production capacities."

Before the press conference, Netanyahu took the two European leaders to a gym in the town of Modiin to show and explain Israel’s new Green Pass system. People who have been fully vaccinated with two Pfizer doses or those who have fully recovered from the virus can now download an app to their phones and display a personalized barcode that enables them to take part in various activities.

Netanyahu and Kurz have been cooperating in different domains in the past two years and more intensely since the outbreak of the pandemic. In April 2020, for instance, after the first wave, Netanyahu participated in a Zoom conference initiated by Kurz with the leaders of Denmark, Australia, New Zealand, the Czech Republic and Greece. The leaders shared their experiences with the virus and pledged to continue coordinating their efforts. The same forum convened several times in past few months, exploring ideas such as travel bubbles or travel corridors between virus-free countries.