Advancing the WHO videoconference, Prime Minister Benjamin Netanyahu participated in another videoconference with six other world leaders on fighting the coronavirus. 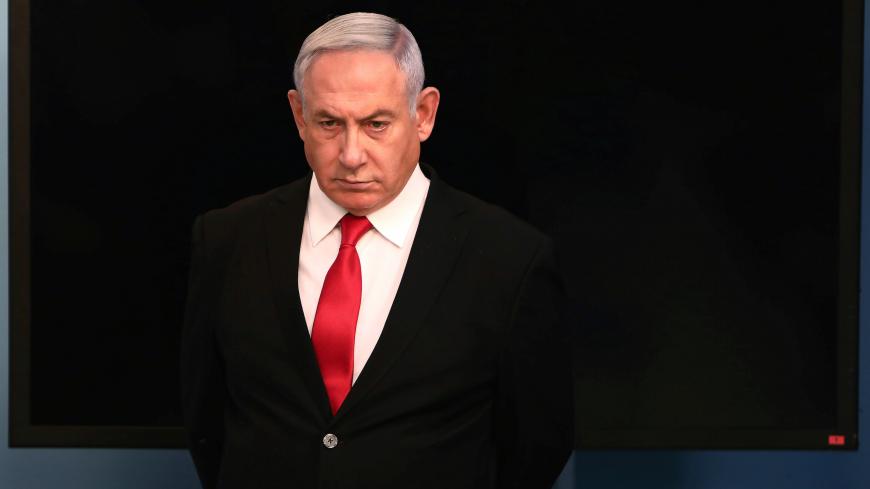 Israeli Prime Minister Benjamin Netanyahu arrives at his Jerusalem office for a speech regarding the new measures that will be taken to fight the coronavirus, March 14, 2020. - Gali Tibbon/Pool via REUTERS

Many world leaders, including French President Emmanuel Macron and UN Secretary-General Antonio Guterres, participated on April 24 in a videoconference organized by the World Health Organization to launch the Access to COVID-19 Tools Accelerator. But Prime Minister Benjamin Netanyahu had apparently decided to steal the headlines just two hours earlier. In a videoconference of his own, Netanyahu discussed the coronavirus pandemic with six other heads of states from Austria, Denmark, Australia, New Zealand, Czech Republic and Greece.

According to a statement issued by Netanyahu’s office, the leaders discussed their strategies for lifting restrictions that were put in place for the coronavirus crisis and also shared thoughts on ways to prevent a second wave of infections. . And while Austrian Chancellor Sebastian Kurz hosted the conference officially, Netanyahu was clearly one of the main engines behind the organized meeting.

Netanyahu’s videoconference was not the first time he discussed with world leaders the coronavirus risk. He had spoken on the phone with German Chancellor Angela Merkel on March 24 about cooperating in the field of medical equipment to battle the coronavirus. He had spoken with President Donald Trump several times in the past few weeks. For example, Trump called Netanyahu on March 27 to congratulate him on efforts to establish a unity government with Blue and White leader Benny Gantz. The two leaders also spoke about efforts to thwart the spread of the coronavirus.

On March 22, Kurz praised Netanyahu, saying it was the Israeli leader who had called his attention to the dangers of the coronavirus pandemic. Kurz went all the way, “thanking God” for a conversation he had with Netanyahu in which the latter warned him that he (Kurz) was not taking seriously enough the effect that the coronavirus would have on Europe. Kurz was referring to a videoconference on March 9, coordinating leaders from around the Mediterranean and Central Europe, including (besides Kurz and Netanyahu) the heads of states of Cyprus, Italy, Bulgaria, Hungary, Croatia and Romania.

Opening today’s videoconference, the Austrian chancellor repeated his compliments to the Israeli premier, thanking Netanyahu again for his leadership.

Netanyahu’s video calls to leaders across the globe offer him tremendous international exposure. The countries he’s been engaged with in the battle against the pandemic are all countries very friendly to Israel and to himself as well — a logical continuation, as far as Netanyahu is concerned, to his long-time efforts of befriending the more euro-skeptical Central European countries as a way of creating his own international alliance against those criticizing his right-wing occupation policies.

Today’s conference also reinforces Netanyahu against any internal criticism for allegedly easing up too early on coronavirus restrictions. Netanyahu is facing enormous pressure to save the country’s economy, which is probably why the Cabinet decided April 24 to enable more businesses to open, including hairdressers, beauty salons, restaurants and cafes for pickup and takeout. After his videoconference, Netanyahu can tell Israeli citizens that he is acting responsibly. Other countries are also taking exactly the same measures.