Iraq, US to resume new round of strategic dialogue

Iraq and the US have agreed to resume strategic talks over their mutual relationship and further US troop withdrawals. 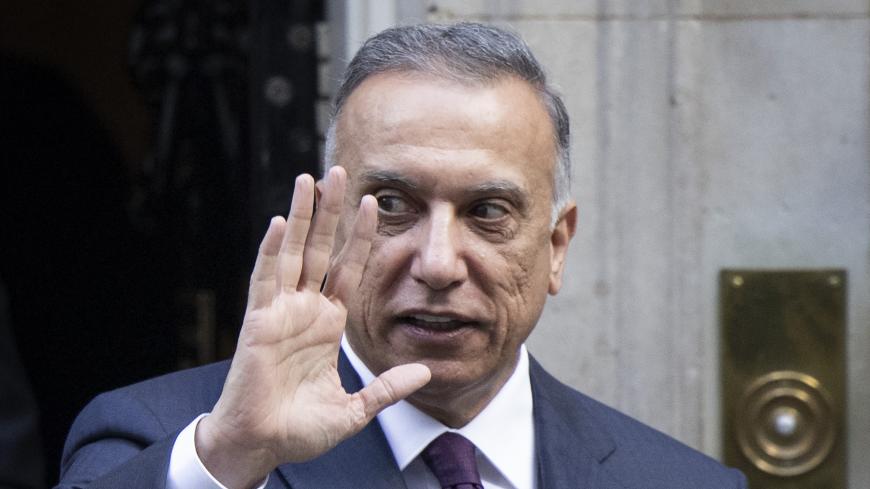 Baghdad has requested a new round of strategic talks with the United States over the future of their relationship, including the topic of troop withdrawal. The discussions will start next month.

“We look forward to renewing our strategic dialogue with the government of Iraq over the month of April,” White House press secretary Jen Psaki said March 23, a few hours after Iraq's request.

The strategic dialogue started in June 2020 under the Trump administration. The dialogue included issues relating to security, the economy and education.

“This will be an important opportunity to discuss our mutual interests across a range of fields from security to culture, trade, and climate,” Psaki added.

US troop withdrawal from Iraq is an important aspect of the strategic dialogue. More than 2,500 troops have withdrawn since the beginning of the dialogue in June, according to the Pentagon. This was about 60% of the total US troop presence in the country.

“The meetings will further clarify that coalition forces are in Iraq solely for the purpose of training and advising Iraqi forces to ensure that ISIS cannot reconstitute,” Psaki said, referring to the Islamic State.

Iraq is seeking the withdrawal of all US combat forces from Iraq, while still preserving a role for US military advisers.

Observers say the performance of Iraq's security forces has improved significantly during the last few months as a result of training and reorganization.

An Islamic deputy caliph known who was the Islamic State commander, or Wali, for Iraq is among dozens of high-ranking leaders of the militant group who have been killed during military operations undertaken by Iraqi security forces.

It seems Iraq is not in need of US combat forces anymore, although US airstrike support and training and other technical support seem to be important to Iraq in order to preserve the improvements in security and prevent major attacks from the Islamic State or other terrorist organizations.

The United States has already expressed willingness to support Iraq in those areas.

“The United States is committed first and foremost to Iraq’s sovereignty and we look forward to these important discussions with Iraqi leaders on the future our partnership as outlined in the Strategic Framework Agreement between our two countries,” Psaki said.

The Strategic Framework Agreement was signed between Iraq and the United States in 2008. It includes partnership in several fields, including security, cultural, economic, technology, health and environmental cooperation.

The announcement of a new round of strategic talks between Iraq and the United States has been welcomed by Iraqi political forces, including the pro-Iran Fatah Alliance in the Iraqi parliament, which expressed support in a formal statement.

Iraq is running a multidirectional diplomatic imitative in the region to calm tensions and open dialogue between various conflicting parties. The recently requested talks between Iraq and the United States come in this context and should further empower Iraq in the region.

Kadhimi is to host a triple summit with Egyptian President Abdel Fattah al-Sisi and Jordanian King Abdullah later this month. This will be the third summit hold between the three leaders in the context of forming the “New East,” a term used by the Iraqi prime minister during his first visit to Oman after he took office.

The New East is an economic union between Iraq, Jordan and Egypt and has the potential to involve other countries in the region.

A series of other delegations from the Gulf States and other neighboring countries have been visiting Iraq regularly as a part of Iraq's diplomatic campaign.