Barred from traveling by their husbands, Iranian women suffer under unjust laws 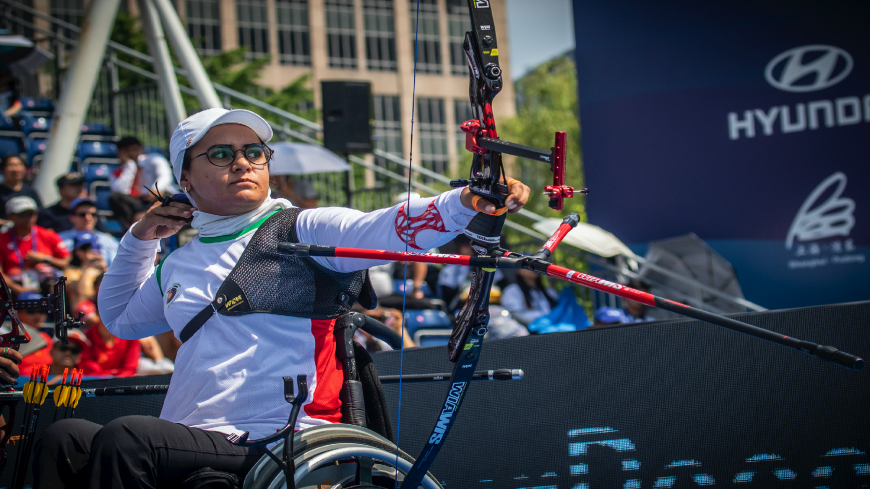 The travel ban and arrest of one woman made headlines around the world last month after a new video surfaced of Princess Latifa in captivity. She was banned from traveling and placed under house arrest by her own father, Dubai's Sheikh Mohammed bin Rashid Al Maktoum, in 2018. During the same month, the Iranian national women's ski team left Tehran for Italy to participate in the FIS Alpine World Ski Championships without its head coach, Samira Zargari, because Zargari's husband barred her from leaving the country.

What the husband did is completely legal in Iran, and the team’s efforts to challenge his decision were fruitless. Officials involved also sought his permission but to no avail. The common denominator between the two cases and many more that do not necessarily make headlines is the culture of patriarchy that exists in the region. The law, which is put in place by men, only encourages and enforces discrimination against women.

Using the law to ban women from leaving the country is one of the worst things that can happen in modern Iran. At a time when women are gaining a prominent presence in the public arena and have even assumed the post of vice president, husbands having this authority no longer has any logical and legal justification. Imagine if the husband of Masoumeh Ebtekar, the current vice president of Iran for Women and Family Affairs, were to ban his wife from traveling overseas to represent Iran in international conferences. Legally he is permitted to do that. The fact that he has not used this legal privilege is beside the point. The point is that this is a legal option for men in the first place, which is absurd. Thus, all Iranian women are at risk of being negatively affected both personally and professionally. The men are legally permitted to overstep boundaries and control individuals within the family, particularly the wives who are themselves mature adults — making for toxic family dynamics.

Zargari is not the first woman to fall victim to this unjust law. Five years ago, captain of the women's national futsal team Niloufar Ardalan was banned from participating in the Asian Cup because her husband used the travel law at that critical time to forbid her from leaving the country.

Zahra Nemati, another prominent female sports figure in Iran, also fell victim to this discriminatory law. She is the archery champion from the 2016 Summer Paralympic Games in Rio de Janeiro, Brazil, and in 2017, she won the title for best paralympic archer. Her husband used this legal tool to gain an advantage in a dispute between them. While Nemati lamented the media coverage of the incident, saying she did not want to address her private and personal issues in the media, her husband openly and recklessly stated, "I forbade her to leave so that she could not participate in any international tournaments." This issue is not limited to a few female athletes who, due to their prominence, make headlines. Many Iranian wives experience this injustice and will continue to do so as long as these discriminatory laws are in place. There are currently 23 restrictions in Iranian law on married women, as listed in the World Bank’s database, “Women, Business, and the Law."

Two such restrictions are “applying for a passport” and “traveling outside the home.” Such restrictions have their roots in pre-revolutionary Iran, years before the establishment of the Islamic Republic. The Passport Law, passed in 1973, gave the husband the right to ban his wife from leaving the country. According to paragraph 3 of Article 18 of the Passport Law, the issuance of a passport is subject to the written permission and consent of the husband. The law stipulates that the prosecutor can also issue a passport in emergencies. However, Article 19 of this law still gives the husband the power to withdraw this permission at any time. While the law was passed prior to the revolution, not all laws enacted during the Pahlavi era were discriminatory. Many women-friendly family laws, including the Family Protection Act, were also passed before the revolution. Not surprisingly, female-friendly family laws were repealed after the revolution. Only the discriminatory Passport Law remained in place.

Earlier this year, the Protecting the Dignity of Women from Violence bill was approved and sent to parliament. It stipulates that if a woman intends to leave the country and her husband does not allow her to leave without a "justifiable excuse," she can take the case to court and file a petition. The petition will be processed on an urgent basis, and after the case has been reviewed, the woman may be allowed to leave the country after going through appropriate security. The new bill stipulates that in cases where a woman is not allowed to travel overseas, the element of urgency has a fundamental role in lifting the ban and allowing her to leave the country. However, submitting petitions and documents to the court to justify the reasons for leaving the country is normally a tedious and time-consuming process and can end up in lost opportunities for women. Therefore, this bill is effectively the cosmetic makeover of the same unjust law, which only gives the illusion of improvement in favor of women.

Moreover, some women who intend to leave the country, including those leaving for sports or scientific competitions, may not necessarily have the financial means to provide collateral as a guarantee they will return. Therefore, it seems that the new bill, if approved by parliament and ratified by the Guardian Council, will not solve the problem of the Passport Law. Of course, the more fundamental question remains: Why should men be given such a right at all? Why do such misogynistic and discriminatory laws exist in the 21st century?

Regardless of the excuses given by lawmakers as to the reasons for the existence of such a law, experiencing such an exit ban violates women’s dignity and pride. It shatters their trust not only in their family lives but also in the state, which is meant to protect and serve. The irony is in the effect such treatment of women has on the men and on that of the state. The family is the building block of the whole society. The whole society, therefore — men and the state included — suffer economically, financially, socially and politically because of the instability that is caused as a result of discrimination against women. This is a vicious cycle unless the law changes in favor of women. Instead of creating laws where families are broken down, it would have perhaps been better for the state to offer better solutions in the new bill and address the destructive culture of patriarchy.