Iran rejects EU invitation to talks with US on nuclear deal

Tehran's rejection may be posturing, but the clock is ticking on chances to limit its nuclear capabilities. 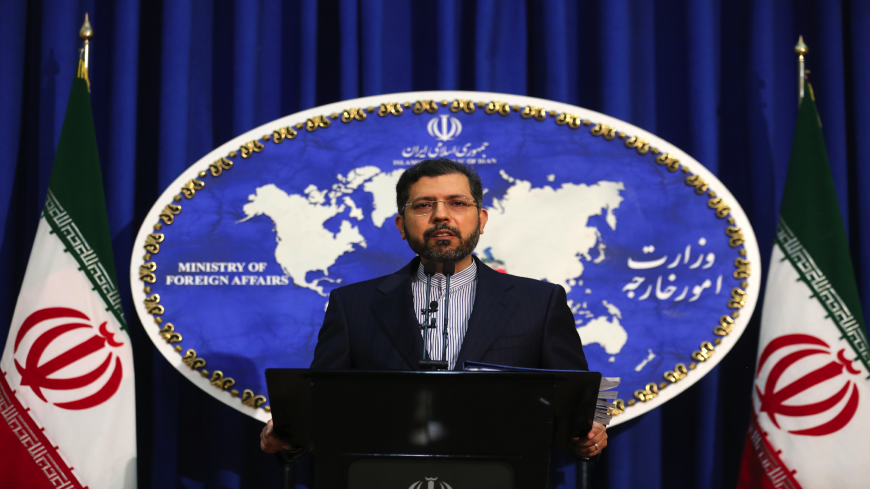 Iranian Foreign Ministry spokesman Saeed Khatibzadeh speaks during a press conference in Tehran on Feb. 22, 2021. Iran hailed as a "significant achievement" a temporary agreement Tehran reached with the head of the UN nuclear watchdog regarding on-site inspections. That deal effectively bought time as the United States, European powers and Tehran try to salvage the 2015 nuclear agreement that has been on the brink of collapse since Donald Trump withdrew from it. - ATTA KENARE/AFP via Getty Images

Iran’s government has turned down a proposal for talks with the United States and the European Union over reviving the 2015 nuclear deal.

Citing “recent positions and actions of the US and three European countries,” Iran’s Foreign Ministry spokesperson Saeed Khatibzadeh on Sunday said his government deemed the “time is not right” for holding talks.

Khatibzadeh pointed the finger at the Biden administration’s continuation of economic sanctions on Iran that remain from the Trump administration, which Tehran has demanded the United States remove before engaging in talks.

“There has been no change in America’s positions and actions,” he said in a statement. President Joe Biden’s stated policy is that Iran must first return to its commitments under the 2015 deal before the United States rejoins the agreement.

The EU last month invited the United States and Iranian representatives to sit down for face-to-face talks that would also include Russia and China. The United States quickly accepted the proposal.

Iran’s government also responded privately to the EU’s invitation, referencing a different approach put forth last month by Iranian Foreign Minister Mohammad Javad Zarif, in which the EU would broker a piecemeal return to compliance with the deal between the United States and Iran, the Journal reported.

That answer reportedly has Western diplomats confident that the setback is not a final blow to international aspirations to resuscitate the deal.

Iran’s rejection of the proposal comes just after Biden authorized the first military strike of his presidency against a facility used by a Tehran-backed militia in eastern Syria, though there is no sign the two are related. The US strike comes in response to a string of rocket attacks targeting US and international coalition positions in Iraq.

Iran denied having a role in the attacks in Iraq, but the US military has warned Tehran not to assume it has plausible deniability.

Saudi Arabia too has come under a spate of aerial attacks in recent weeks from Yemen’s Houthi rebels, who have ties to Iran’s Islamic Revolutionary Guard Corps.

Iran has dialed up the pressure ahead of talks by announcing new violations of the 2015 nuclear deal, officially known as the Joint Comprehensive Plan of Action, or JCPOA.

Iran threatened to restrict on-site visits and turn off security cameras at inspection sites if the United States does not lift sanctions by late February. The IAEA came to an agreement with Tehran to avoid those restrictions, extending wider access for some three months.

The Biden administration is hoping to return to the deal to limit Tehran’s capacity to obtain a nuclear weapon, as the United States looks to focus on a greater strategic challenge on the horizon: the economic and military rise of China.

The United States accuses Iran of supporting groups and activities that threaten to destabilize a fragile Middle East still torn apart by conflicts that followed the 2011 Arab Spring and the 2003 US invasion of Iraq.

The Trump administration unilaterally walked out of the 2015 nuclear deal, replacing US compliance with a regime of economic sanctions in an attempt to force Tehran to scale back its ballistic missile program and support for proxy militias in places like Syria, Iraq and to some extent Yemen.

Iran has publicly refused to engage in discussion about its regional influence campaign or ballistic missiles in the proposed renewal of JCPOA talks.

Biden administration officials have said they intend negotiations about those issues to follow progress on nuclear talks.