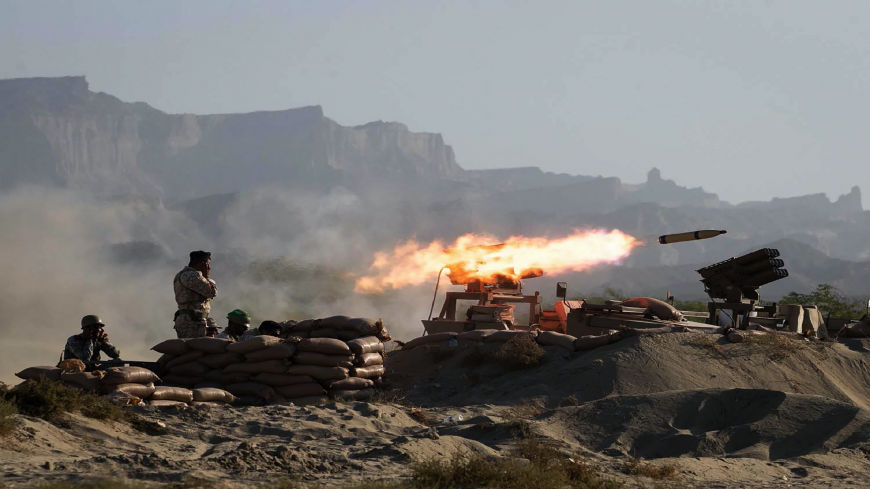 A handout picture provided by the Iranian army official website on Sept. 10, 2020, shows an Iranian rocket being fired during a military exercise in the Gulf, near the strategic strait of Hormuz in southern Iran. - Iranian Army office/AFP via Getty Images)

Iran’s Islamic Revolutionary Guard Corps (IRGC) revealed what it said was a new underground missile base capable of conducting electronic warfare in support of the country’s navy, state-run television reported.

The head of the IRGC’s naval forces, Rear Adm. Alireza Tangsiri, said the projectiles had “enter[ed] the operational section of the IRGC navy,” according to Iran’s Fars News Agency.

Although the IRGC did not state the location of the site, commanders’ emphasis on the base’s support role for Iran’s navy suggests it is the latest addition to fortifications along the country’s southern coast.

Iran revealed in January what it said was another underground missile base near the Gulf amid ongoing tensions with the United States and Israel.

“We believe that our enemies do not accept the power of logic, but rely on the logic of power,” Salami said at the time. “Therefore, we have no option but to strengthen the defensive and offensive deterrent power for preventing the imposition of their hegemonic will and plots.”

Iran has expanded its ballistic and cruise missile capabilities in recent years as a deterrent and power-projection tool, seeking leverage in international diplomacy by advertising its capability to strike regional countries friendly to the United States.

The United States has accused Iran of passing weapons technology to proxy militias in the region, including to Yemen’s Houthis and Shia militias in Iraq and Syria.

With the support of Saudi Arabia and Israel, the previous US administration of former President Donald Trump abandoned the 2015 international nuclear deal with Tehran over its activities in the region. The United States then enacted a campaign of sanctions on Iran to pressure its leaders to cut support for regional militias.

Tensions in the Persian Gulf soared after the Trump administration began sanctioning Tehran and authorized covert support for Israeli airstrikes against Iran-linked targets in Syria.

The Wall Street Journal also reported last week that Israel, with US support, has been behind a series of sabotage bombings of Iranian fuel shipments to Syria. Such shipments contravene US and international sanctions.

In 2019, the US publicly accused Iran of sabotaging two oil tankers in the Gulf and launching a massive cruise missile and drone attack on major oil facilities in Saudi Arabia. UN inspectors later reported the latter attack was carried out with Iranian weapons.

Despite the Trump administration’s so-called “maximum pressure campaign,” Iran continued its regional activities and ramped up uranium enrichment in an apparent bid to pressure the United States to return to the deal and relieve sanctions.

Biden administration officials have labeled the previous administration’s approach a failure and have sought to return to the 2015 nuclear deal while pushing for a negotiated end to Yemen’s civil war. So far, neither initiative has shown significant progress.

On Friday, the new US envoy assigned to lead diplomatic efforts to end Yemen’s crisis, Timothy Lenderking, blamed Yemen’s Houthis for rejecting a US cease-fire proposal for the conflict.

The US military has continued to fly nuclear-capable B-52 bombers across the region in an ominous signal to Tehran. The show of force is part of an initiative led by the commander of US forces in the Middle East, Gen. Kenneth “Frank” McKenzie.

More than once, McKenzie has said he aims to deter Iran and its regional proxy forces from launching attacks in the region.

Yet it is not clear the tactic is working. Saudi Arabia has been hit with a slew of missile attacks in recent weeks, some claimed by Yemen’s Houthis, who receive training and weapons from the IRGC, US officials say.

Rocket attacks on Iraq military bases used by US-led coalition troops have also continued, despite a US airstrike on a Kataib Hezbollah outpost in eastern Syria last month, which the Pentagon hoped would deter future barrages.