Following drone and missile strikes on Saudi Arabia this weekend, it is not clear that the Pentagon's deterrence tactic is paying off. 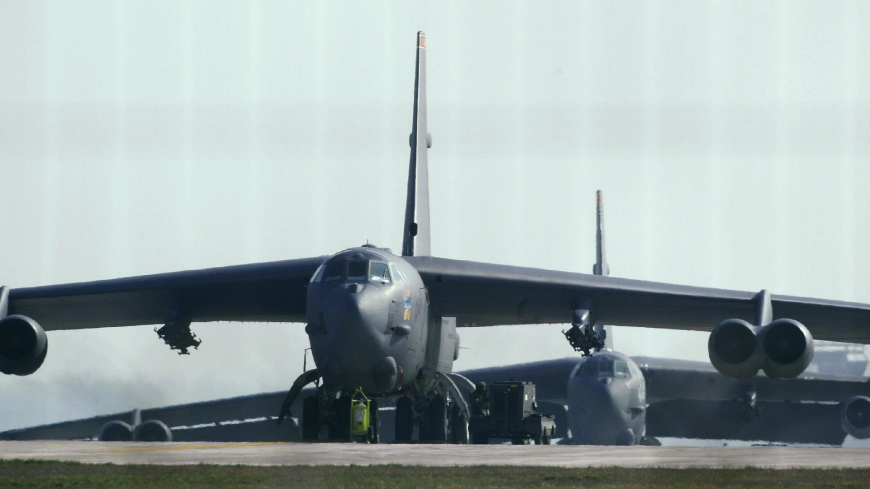 A US Air Force B-52 bomber is stationed at RAF Fairford on March 19, 2003. - Julian Herbert/Getty Images

The United States sent a pair of nuclear-capable B-52 bombers across the Middle East on Sunday, renewing a show of force as attacks by Iran-linked groups in the region continue.

The Stratofortress bombers took off from Minot Air Force Base in North Dakota before linking up with aircraft from the Israeli, Saudi and Qatari air forces at different stages of the flight to “deter aggression and reassure [US] partners and allies” in the region, according to US Central Command (CENTCOM).

The round-trip sortie is the fourth this year, a sign of tactical continuity between the Trump and Biden administrations as both have sought to dissuade Tehran and its proxies from carrying out attacks in the region.

Such attacks picked up during the previous US administration, which took a hard line by abandoning the 2015 nuclear deal with Iran and replacing it with a campaign of economic sanctions in a failed bid to force Tehran to end its support for proxy militias throughout the region.

Why it matters: The Biden administration is putting diplomacy first in its bid to re-enter the Iran deal and usher in an end to Yemen’s civil war, hoping to eventually stabilize the Middle East so Washington can focus on competition with China and Russia.

Meanwhile, Washington is keeping up the sanctions pressure on Iran as CENTCOM follows through on efforts to build regional defense cooperation to stand up to the Islamic Republic.

The B-52 flights are a way to reassure those regional governments. They also pose opportunities for American and Middle Eastern pilots to train together, Pentagon Press Secretary John F. Kirby said Monday.

Although CENTCOM commander Gen. Kenneth “Frank” McKenzie has credited the military with deterring direct aggression by Iran’s military, the Pentagon isn’t ready to say whether the moves have been effective in reducing attacks by proxies supported by Tehran’s Islamic Revolutionary Guard Corps.

Saudi Arabia once again found itself in the crosshairs this weekend as at least one explosive drone targeted the country’s largest oil storage facility at Ras Tanura. Riyadh’s oil ministry said no infrastructure was damaged and no one was reportedly hurt, but the attack sent the price of Brent crude oil below the $70 per barrel threshold.

Ballistic missiles and drones also targeted sites in Jeddah and at a Saudi Aramco residential facility in Dhahran this weekend. Saudi Arabia, which blamed the attacks on Yemen's Houthi rebels, responded yesterday by bombing their capital in Sanaa for the first time since President Joe Biden ceased offensive support for the Riyadh-led military coalition, citing humanitarian concerns.

State Department spokesperson Ned Price on Monday also attributed the attacks to the Houthis. Current US officials have refrained from directly implicating Iran in such incidents but have vowed to hold Tehran accountable for the activities of its proxy militias.

Last week the United States reacted to additional strikes on Saudi Arabia with new sanctions on two Houthi military officials, accusing them of receiving training in Iran and carrying out “the Iranian regime’s destabilizing agenda.”

“We’re going to continue to look for ways to improve support to Saudi Arabia to defend against these threats," Kirby reiterated on Monday.

Sporadic rocket attacks by suspected pro-Iran militias in Iraq have likewise continued despite a US airstrike last month against a militia position in eastern Syria. Pentagon officials have said the strike was intended to deter further attacks.

What’s next: Attacks are likely to continue as Iran and its proxy Houthi force press for the strongest position possible before negotiating an end to Yemen’s civil war and the resumption of nuclear talks with Iran, but it remains to be seen whether they will do enough damage to derail the Biden administration’s regional goals.

Price said on Monday afternoon the Biden administration is still waiting for Iranian officials to submit their plan of action toward engaging in nuclear talks.

Know more: A group of Democratic lawmakers is urging the Biden administration to restore humanitarian aid to Yemen that was cut by the Trump administration, Elizabeth Hagedorn writes. 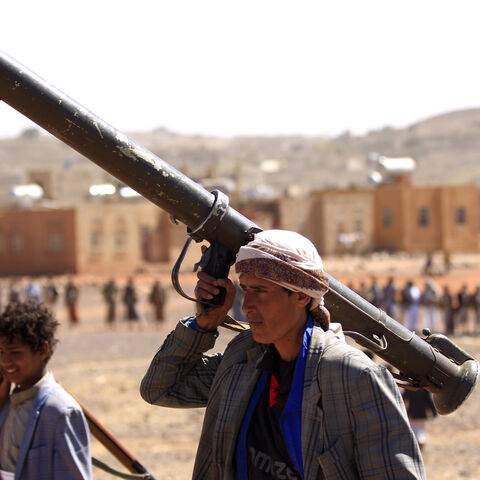