Hamas said the fishermen were killed by an explosives-carrying Israeli drone they found at sea, but others say it may have come from Palestinian rocket fire. 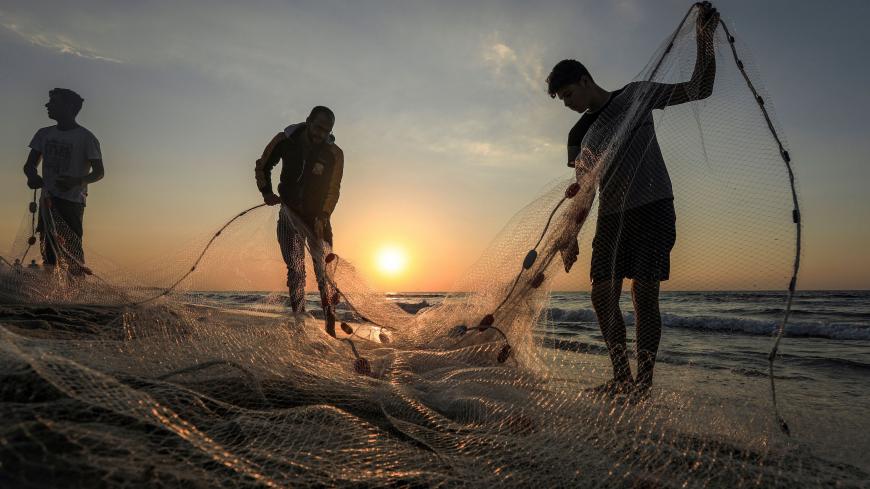 Palestinian fishermen gather a net along a beach in Gaza City at sunset on Dec. 2, 2020. - MAHMUD HAMS/AFP via Getty Images

Three Palestinian fishermen died when they found an Israeli drone at sea rigged with explosives, Hamas said Thursday. Others have disputed the claim, however.

The Palestinian political and military organization said the fishermen died when the drone exploded in the water off the coast of the Gaza Strip. However, the Gaza-based Palestinian Center for Human Rights said the boat may have been hit by rockets being test-fired recently by Palestinian military groups in Gaza, Reuters reported Thursday.

Hamas denied rocket fire killed the men, saying the Israeli drone was in their fishing nets and exploded when the nets were lifted, according to the outlet. The Israel Defense Forces has not commented on the incident. A Palestinian official said the drone may have been in the water following an Israeli attack on a Palestinian naval boat last month.

Several military organizations are active in Gaza alongside Hamas, including the Islamic Jihad.

Hamas controls Gaza internally, though Israel and Egypt maintain a blockade of varying degrees over the Palestinian territory.