Egypt seeks to turn into regional hub for electricity supply

As part of plans to turn into a major regional hub for electricity and since Egypt has a surplus of power, the Ministry of Electricity announced plans to increase the capacity of an interconnection line between Egypt and Libya. 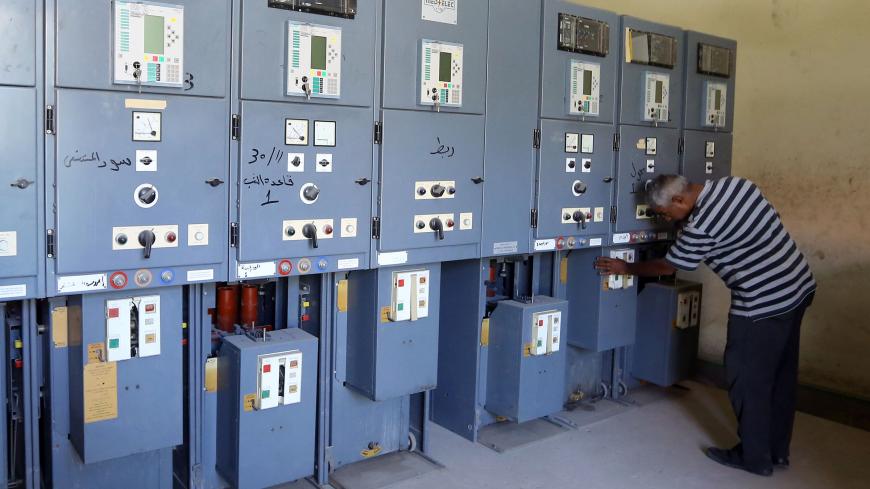 Egypt's Minister of Electricity Mohammed Shaker recently announced his country’s readiness to increase the capacity of the electricity interconnection line between Egypt and Libya to up to 450 megawatts (MW) and even more in the near future.

In a statement to Masrawy newspaper March 2, Shaker said, “The power line connecting Egypt and Libya can provide up to 450 MW, and there is a plan to increase such a capacity in the future to 1,000 MW. The current capacity stands at 200 MW.”

Ayman Hamza, spokesman for the Ministry of Electricity, told Al-Monitor that Libya requested Egypt increases electricity exports to Libya in early 2021. The ministry expressed willingness to do so in light of the large power capacity available in Egypt thanks to the electricity projects implemented in Egypt over the past years, he said.

Hamza noted that power exchanges between Egypt and Libya date back nearly 22 years, when the electrical interconnection line was inaugurated between the two countries in 1998, with an electromotive force of 220 kilovolts, and which currently transmits 200 MW of electricity to Libya.

The Egyptian response to the Libyan request was made in light of Libya’s electric power crisis as the country suffers from daily power cuts and a major power supply deficit.

The electricity generation deficit in Libya hit 1,000 MW in the winter season and 2,500 MW in the summer, according to previous press statements by Ibrahim Falah, general manager at General Electricity Company Of Libya (GECOL).

Osama al-Saeiti, adviser to the GECOL general manager for technical affairs in the eastern region and former executive director of the company’s operating affairs, told Al-Monitor that Libya needs 6,500 MW to meet its consumption needs in the winter season and 8,000 MW in the summer. But, he added, GECOL generates 5,500 MW only. Although there are 10 power stations operating in Libya, they do not generate the needed electricity due to lack of maintenance, he explained.

Saeiti added, “The electricity sector [in Libya] managed to overcome the challenges in the past six years, namely a power generation deficit of 15% to 20%. Egypt, for its part, turned from a country failing to meet its demand in electricity to a country exporting electricity, which is an important accomplishment after reforming the country's infrastructure. There is now a surplus of electricity generated, which allows the electricity sector to join a number of power interconnection projects with neighboring countries, increase foreign investments and develop several strategic projects.”

Egypt’s Ministry of Electricity began implementing the first steps to turn Egypt into a global energy hub by launching in January 2020 the first phase of the electricity interconnection project with Sudan with an initial capacity of 70 MW, which would later be increased to 2,000 MW. The project will connect Egypt to Ethiopia, and subsequently to the rest of Africa.

Shaker said that work is also in progress to complete the joint electricity interconnection project between Egypt and Saudi Arabia, and that the PIDA PAP2 project relating to the African continent is currently being assessed with the aim to benefit from the huge hydropower capacity in Africa. He stressed his ministry’s ultimate objective to turn Egypt into a regional energy exchange hub with Europe, and Arab and African countries through these projects.