Egypt to introduce Judaism in schools

Egypt’s Ministry of Education has approved a new school topic about the common values ​​between the Abrahamic religions. 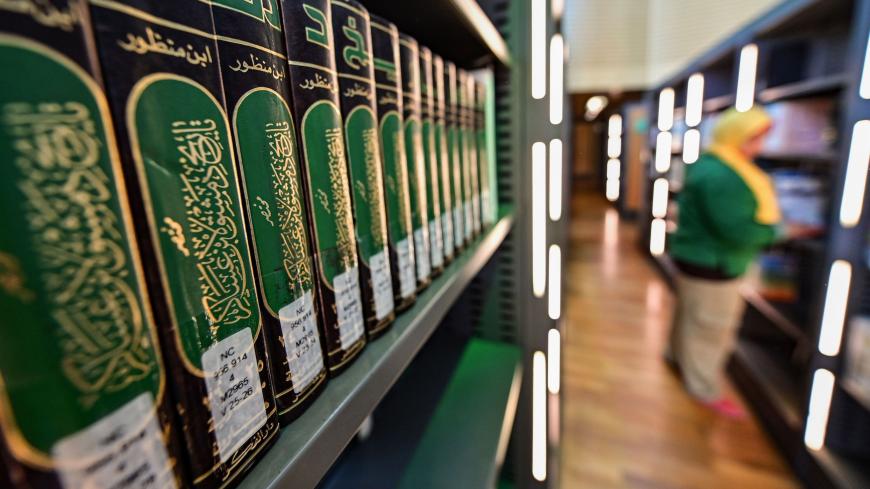 A photo taken on June 24, 2019, shows a stack of books as part of the collection of the "History of Damascus" summary volumes by the medieval Sunni Muslim scholar Ibn Asakir, on a shelf in the main building of the Bibliotheca Alexandrina library in Egypt's northern coastal city of Alexandria. - GIUSEPPE CACACE/AFP via Getty Images

The Egyptian parliament recently commended the Ministry of Education on approving a new school subject: common values. The course examines religious values ​and verses that have the same meaning in the three Abrahamic religions — Judaism, Christianity and Islam — in a move that will allow Egyptian students to study verses from the Jewish religion for the first time ever.

Kamal Amer, the head of the parliamentary defense and national security committee, said in parliament Feb. 26, “The Ministry of Education’s approval of the subject of religious values ​​shared between the divine religions expresses the state’s keenness to spread the values ​​of tolerance and fraternity.”

The three religions “include common values ​​that students must study to be able to confront the extremist and takfirist ideas that backward groups are working to spread in society,” Amer said, adding, “President Abdel Fattah al-Sisi is keen to teach the youth the values ​​of respect for others, tolerance and rejection of fanaticism and extremism. This is why the Ministry of Education decided to teach the subject of common values ​​in schools.”

On Feb. 14, the Ministry of Education approved the parliament’s proposal on the subject of common values ​​between all the Abrahamic religions and the principles of tolerance, citizenship and coexistence.

Deputy Minister of Education Reda Hegazy said during his Feb. 14 meeting with the defense and national security committee, “Due to its importance, the subject will be factored into students' GPA,” even though religious classes are not counted.

Farid el-Bayadi, a member of the defense and national security committee and author of the proposal, also called for the removal of Islamic religious texts from a number of subjects such as Arabic.

He told parliament on Feb. 14, “Including religious texts in subjects such as Arabic, history and geography is too dangerous.”

“Teaching religious texts through subjects not related to religion leads teachers to interpret such texts in extremist and subversive ways and studies have established a link between this issue and the spread of extremist ideas,” he added.

Rumors circulated on social media about the removal of Quranic verses from school curricula, prompting the Ministry of Education to issue a statement Feb. 19 saying there was no such plan.

“These are only rumors aimed at spreading speculation about the state’s commitment and interest in religion, given its importance in educating the youth,” the statement said.

The ministry stressed, “The teaching of Quranic verses and hadiths in educational curricula entrenches moral values ​​such as tolerance, cooperation and moderation.”

In 2015, the Ministry of Education worked to remove texts and subjects that lead to extremism and incite violence, removing from the Arabic language curriculum texts about Salah al-Din and Uqba ibn Nafi, which made reference to fighting, guerrilla warfare, the expulsion of Christian Crusaders from Egypt and burning enemies alive. The state-owned Al-Ahram newspaper also published a report about an Arabic language lesson for grade three that promoted the ideas of ​​the Islamic State and burning animals alive in a jihadist analogy.

In 2015, the Ministry of Education formed a committee to review religious educational materials and submit passages of violence, extremism and intolerance to the Ministry of Endowments and Al-Azhar.

Bayadi told Al-Monitor, “The decision to teach this subject ​​in schools will play an important role in spreading principles and values ​​that stand against extremism and hatred.”

He explained, “Teaching students texts that carry common values from the three Abrahamic religions ​​is essential in terms of strengthening the principles of humanity. The crisis lies in extremist interpretations of texts that may lead to intolerance and hatred.”

Asked about his ideas to promote the principles of citizenship and tolerance in school curricula, Bayadi said, “In addition to teaching interfaith shared values ​​in schools through this subject, students should undertake voluntary services and activities to serve the community, as this would promote the principle of coexistence.”

He added, “The current religious curricula must be developed so that their goals promote the fight against intolerance and extremism.”

Zakher went on, “The extremist society surrounding students has a bigger detrimental effect than a mere school subject. Therefore, it is imperative to choose appropriate teachers for the subject of common values because most of the time the task of teaching religious subjects is assigned to teachers who are not qualified to do so. Some of them are extremists and use the platform to convey their ideas to students.”

“It is important for students to study religious texts from all Abrahamic religions in order for them to grow more tolerant, but the problem lies in backward currents that attack the teaching of any religion different to theirs,” he concluded.