Egyptian parliamentarian Nadia Henry suggests replacing separate Muslim and Christian religious classes in public schools with one course on values that would combine teachings from both the Quran and the Bible. 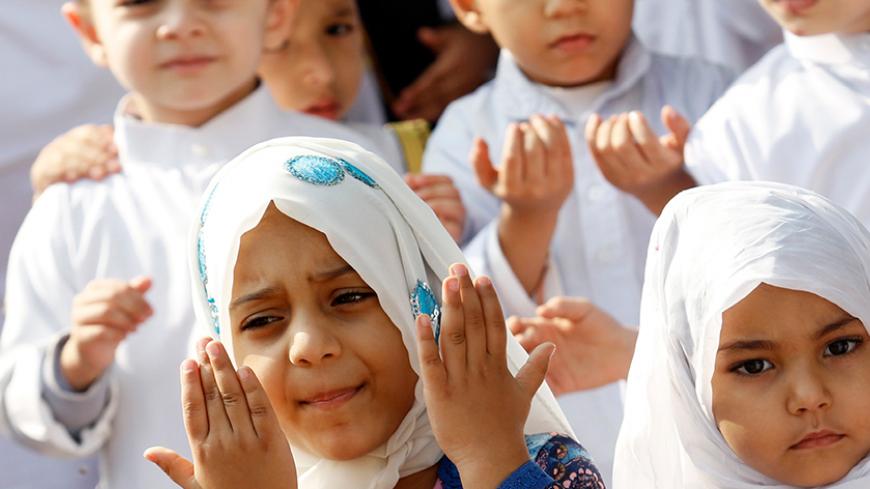 A call made by Nadia Henry, deputy head of the Free Egyptians Party’s parliamentary bloc, to replace the religion course — which is mandatory for students in public schools — with an alternate course on “values” has raised considerable debate within the parliament, accompanied by an attack launched by the Salafist Nour Party and Al-Azhar.

Egyptian schools teach religion from elementary school through high school, and Christian students are separated from their fellow Muslims during religion courses. However, despite the importance of this course in Egyptian education, the students’ grades in religion are not included in their final grades because religion exams taken by Christians differ from those taken by Muslims, and this way everyone can be graded equally. Meanwhile, the Orthodox Church and Al-Azhar contribute to developing the curricula for the religion courses for both Christian and Muslim students.

In an interview with Al-Monitor, Henry emphasized that she did not call for eliminating the religion course, but rather wanted to replace it with a course on values that would combine verses from both the Quran and the Bible that underline values and ideals. “The values course should be taught by educators who have knowledge in the science of counseling and psychology, to plant the idea of citizenship in students’ hearts and teach them how to love one another,” she said.

Henry refused the idea of teaching the values course along with religion, stressing that the religion course and its results over the past years must be evaluated.

Henry pointed out that the religion course did not produce clear results in changing the concepts of ethics and values in society. She also criticized the way religion is taught in schools by separating young Muslim students from Christians, which increases sectarianism. “The values course would teach students the principles of citizenship, without discrimination and without separating between minority and majority. All institutions must work hand in hand; the religious institution establishes doctrine, and the educational institution applies it through educational and behavioral rules.”

She called on all those opposing her proposal to join her at the dialogue table to develop the proposal, stressing that she does not aim at eliminating religion from schools but to establish a more advanced way to teach it.

Henry responded to attacks on her proposal by saying that changes to long-standing methods are always accompanied by societal shock, but it is necessary to reconsider the method of teaching religion in schools. According to her, the results of the religion course are negative because students are separated based on their religion and have teachers who are not specialized in teaching religion. She also argued that it would not lead to a decline in religion, claiming, “The values course would hamper any inclinations toward atheism among students, because they would [be taught] to understand and tolerate one another.”

“I will continue to defend the proposal after the Free Egyptians Party’s educational committee finishes preparing it in order to submit it to the parliament,” she said.

The veteran member of parliament revealed that she is preparing to hold a workshop for educators, clerics, experts in humanities, as well as media and cultural figures to establish regulations and standards for a new educational course under the name of “values.” Henry said that she will not be affected by the attacks against her. She welcomes all opinions, and she will continue to implement her proposal. Henry expressed her hope that some religious leaders would be welcoming, saying, “The new religious leadership within the Evangelical Church shows how committed it is to teaching religion to the new generation.”

Al-Azhar’s committee of senior scholars issued a statement March 10 describing calls to remove religion from state curricula as “harmful to Al-Azhar’s status and the Islamic identity of our country.”

Al-Azhar’s statement was welcomed by Salafist Nour Party’s members of parliament, with parliamentarian Ahmed Sharif applauding Al-Azhar’s stance and stressing that the proposal to remove the religion course was not appropriate.

Meanwhile, Abdel Moneim el-Shahat, a spokesman for the Salafist Call — the Nour Party's political wing — warned about responding to those calling for eliminating religious education from schools. In press statements published March 15 he said, “All societal classes are in desperate need of an increase in religion in schools, universities and the media.”

For his part, Mohamed El Shahat al-Gundi, a member of the Islamic Research Academy, told Egyptian daily Al-Youm Al-Sabeh in early March that replacing religion for values in school curricula would open the gate to the breakdown of key provisions in the Muslim and Christian religions, and that it was an attempt to resemble the West, which is not the right thing to do.

Henry’s proposal was met with various reactions within parliament. For one, member of parliament Amina Naseer supported the proposal, saying, “Islam and Christianity emphasize the need for ethics and an upright behavior in dealing with others. The values material should include the values contained in Christian and Muslim texts agreed upon by everyone.”

However, independent member of parliament Mohammed Ismail announced that he would make an urgent statement to the minister of education to demand including the grades students get in religious course in their final grades, in response to calls to replace the religion course with values. Ismail expressed the need to do away with the current pass/fail grading system for religion, which in his view would eliminate religious illiteracy and prevent the infiltration of extremist ideas into society.