A report by an independent Yemen-based organization details the civilian cost of US drone strikes in Yemen. 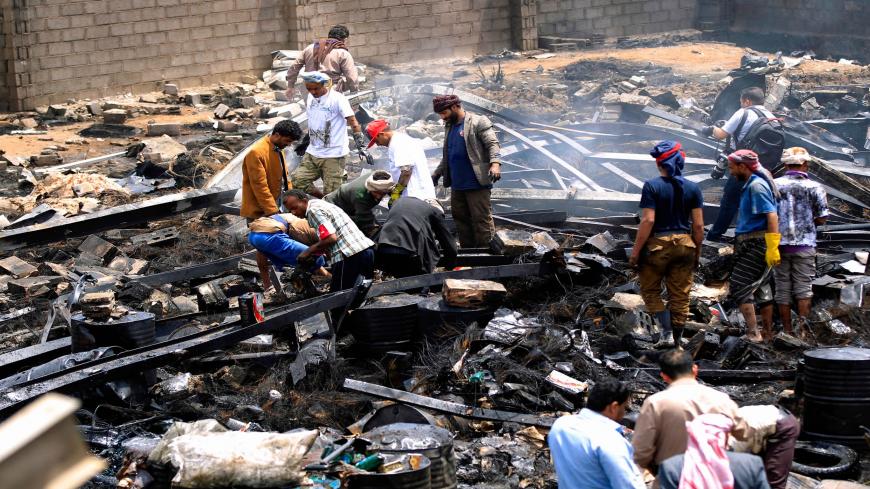 Workers search through debris at a warehouse, after it was reportedly hit in an airstrike by the Saudi-led coalition, Sanaa, Yemen, July, 2, 2020. - Mohammed Huwais/AFP via Getty Images

The civilian cost of US drone strikes in Yemen is detailed in a new report calling on US President Joe Biden, who has made ending the Middle East country’s wider conflict a foreign policy priority, to also reckon with America's own use of lethal force.

Mwatana for Human Rights, an independent Yemen-based organization, examined 10 US drone strikes and two ground raids targeting suspected terrorists in five Yemeni governorates — Abyan, al-Bayda, Shabwah, Hadramawt and Marib — between January 2017 and January 2019. At least 38 Yemeni civilians, including 13 children and six women, were killed in those 12 counterterrorism operations, according to the report.

Mwatana’s researchers say many of the documented deaths were civilian men who left behind large families dependent on their incomes. The casualties also included teachers, beekeepers, fishermen, drivers and other civilians who “were going about their everyday lives,” the report said.

Kristine Beckerle, legal director for accountability and redress at Mwatana, said the new report speaks to how wide the “echo effects” are on any particular airstrike.

The Yemeni rights group presented its 150-page findings to US Central Command, which has so far acknowledged the civilian cost of just one of the documented incidents — a January 2017 raid in the southern al-Bayda province that former President Donald Trump said killed more than a dozen militants and yielded vital intelligence on al-Qaeda’s branch in Yemen.

According to witness testimonies gathered by Mwatana, at least 15 civilians died in the three-hour US operation, including 10 children under the age of 10, and the village was left “paralyzed with fear.”

The two-decade-old US counterterrorism campaign in Yemen has received less attention in recent years, as the death toll climbed from a separate conflict pitting the Iran-aligned Houthi rebels against the Saudi-backed Yemeni government. This week marks six years since a military coalition led by Saudi Arabia and the United Arab Emirates intervened in Yemen’s civil war, fueling what the United Nations describes as the world’s worst humanitarian crisis.

On Monday, Saudi Arabia proposed a nationwide cease-fire that would reopen the airport in the capital Sanaa and allow fuel and food-carrying ships to enter the strategic Hodeidah port. The Houthis rejected the Saudi concessions as insufficient.

In keeping with a campaign promise, Biden announced last month that the United States would end support to the Saudi-led coalition’s “offensive operations'' in Yemen, including relevant arms sales. But the shift in Yemen policy doesn’t impact drone strikes targeting Al-Qaeda in the Arabian Peninsula (AQAP), which the administration said are taken “in service of protecting the homeland and protecting American interests in the region.”

AQAP is considered one of al-Qaeda’s deadliest branches. Over the years, the Yemen-based group has directed a number of foiled attacks on the United States, including the thwarted plot to blow up a Detroit-bound commercial plane on Christmas Day in 2009.

The Biden administration has, at least temporarily, tightened the requirements for launching drone strikes and commando raids against AQAP and other suspected terrorists in countries like Yemen, Somalia and Pakistan.

Under the current guidance, the CIA or military must get White House approval before using lethal force in areas outside of conventional battle zones. Critics including Reps. Mike Rogers (R-Ala.) and Michael McCaul (R-Texas) have warned the added layer of bureaucracy will give US enemies a battlefield advantage.

The New York Times reports that the Biden team is weighing a 2016 Barack Obama administration order, which was revoked by Trump, that required the US government publicly disclose the estimated number of civilians killed in strikes conducted “outside areas of active hostilities” each year.  Also said to be under consideration is an Obama-era guidance that required “near certainty” that civilians will not be injured or killed for a proposed strike to go forward, a standard reportedly lowered to “reasonable certainty” under Trump.

But Mwatana says it is not enough for Biden to revert to the status quo under Obama, where the pace of strikes soared and much-touted drone reforms only “marginally increased transparency.” The rights group is instead calling on the new administration to conduct a full review of the civilian impact of US operations in Yemen, make those findings public and provide the victims with reparations.

“Only by taking a hard look at what’s happened, can the US credibly make a decision on what it should be doing moving forward,” Beckerle said.

She concluded, “If you actually want to respond to the Yemeni communities that have dealt with this for 20 years, you can’t just be like, ‘Whoops, we’re sorry. Let’s move on.’” 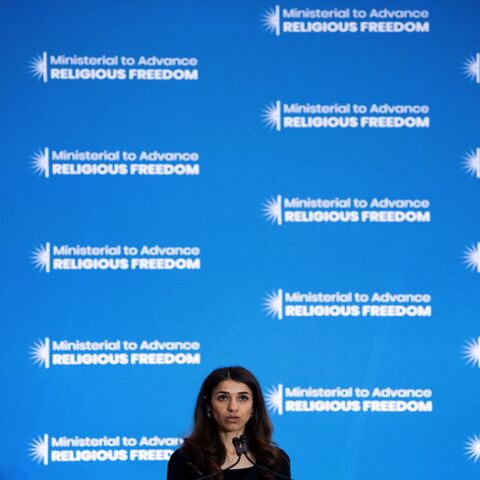