Moderate Islamist parties in Algeria, which have been weakened by factionalism and internal disagreements over the years, are unlikely to increase their base in the upcoming general and local elections. 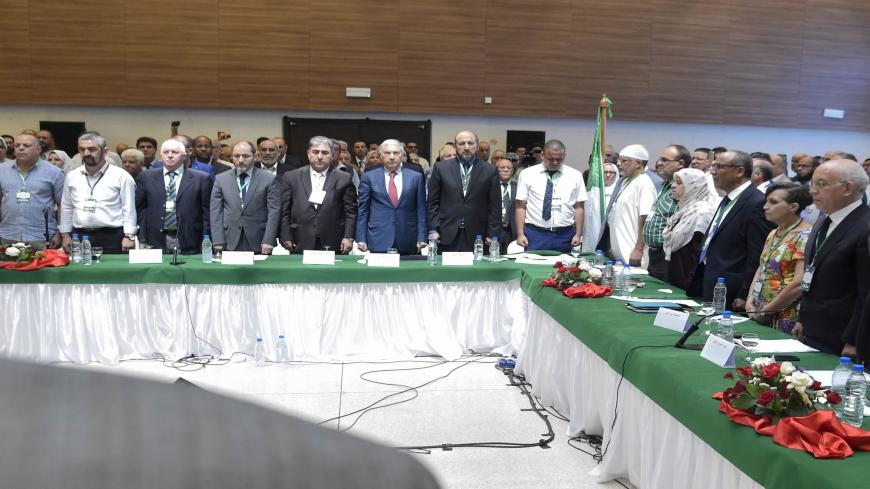 Former Algerian Prime Minister Ali Benflis (2nd-R) and the president of the Algerian Islamist party the Movement for the Society of Peace, Abderrazak Makri (C), attend with other members of political parties, civil society representatives and national personalities a meeting dubbed the "National Forum for Dialogue," in Algiers' suburb of Ain Benian, Algeria, July 6, 2019. - Ryad Kramdi/AFP via Getty Images 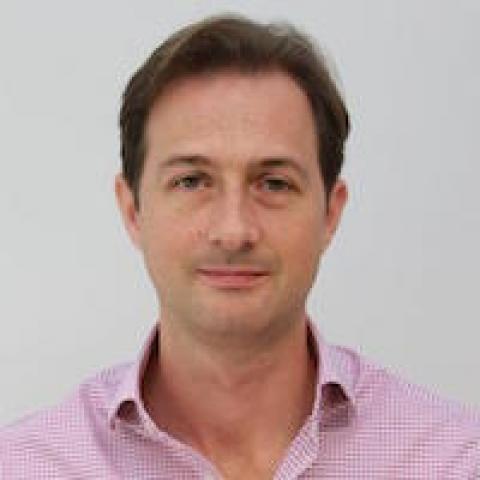 Algeria’s moderate Islamist parties are unlikely to be able to capitalize on the snap general and local elections that President Abdelmadjid Tebboune said will be held later this year. The regime does not have to worry about preventing Islamists from occupying a high proportion of seats in the legislature. This is at least partly because Algeria’s moderate Islamist parties are unlikely to capture the public’s imagination and make strong inroads at the ballot box.

Though not actively engaged in politics, the Dawa Salafiya movement is and will remain far more appealing for pious and traditional Algerians. They reject the corrupt political establishment and distrust moderate Islamist parties that have a history of being coopted by "le pouvoir" — the coterie of ruling elites.

The leadership of Algeria’s moderate political Islamist parties are largely responsible for their failure over previous years to emerge as viable challengers to spar with the National Liberation Front (FLN) and the Democratic National Rally (RND), which have in partnership served as the structural, legislative backbone of the regime.

Algeria’s largest moderate Islamist Party — the Movement of Society for Peace (MSP) — has been a part of several government coalitions, having benefitted from the multiplicity of financial and other rewards flowing from its willingness to dance with the regime. Though giving up its support for former President Abdelaziz Bouteflika in 2012 and putting its leader Abderrazak Makri forward as presidential candidate in January 2019, the party is still tarnished by its past.

Moderate Islamist parties have likewise been weakened over the years by internal disputes and fragmentation. Disagreements within the MSP over whether to support Bouteflika in the run-up to the 2009 presidential election caused a faction to formally split and form the Movement for Preaching and Change (MPC). The MSP was given another blow in 2012 when politician Amar Ghoul jumped ship and formed the Rally of Algerian Hope (TAJ), taking at least 50 deputies with him.

The MSP is not the only Islamist party to have been weakened by factionalism and internal disagreements on whether to work as partners with the government or not. Ennahda saw one of its founders, Abdallah Djaballah, leave and set up El-Islah in 1999 over his opposition to engaging with the regime. Djaballah was subsequently forced out of El-Islah and established El-Adala in 2011.

Past efforts by Algeria’s Islamic parties to join forces at the ballot box have fallen flat. Notably, the Green Algeria Alliance (AAV) between the MSP, Ennahda and El-Islah failed miserably in the May 2012 legislative elections. The alliance won only 48 of 462 parliamentary seats. This was followed by equally disappointing results in the May 2017 general elections when Algeria’s moderate Islamist parties were unable to improve on their performance.

The main beneficiary of moderate Islamist parties’ inability to expand their public support base has been the quietist, apolitical Dawa Salafiya. Numbering in the millions, Dawa Salafiya’s socially conservative and pious sea of members has continued to expand thanks at least partly to its moral code and robust social support networks. Its elevated profile stands in stark contrast to the tainted reputations of Algeria’s political Islamist party leadership.

Though not engaging with the regime, Dawa Salafiya has made a point of not antagonizing le pouvoir — a reality that is unlikely to change in the foreseeable future. The regime tolerates the movement precisely because it has no intention of challenging the powers that be and frowns upon anti-government protests. It also rejects democracy and Western influence. Le pouvoir essentially sees the benefit of allowing Dawa Salafiya to thrive. If repressed, the movement’s members may resort to political mobilization, which could pose a new challenge to the political establishment, or so the thinking goes.

Even if heavily repressed, very few if any Dawa Salafiya members are likely to resort to armed struggle, which the movement outright rejects. The Black Decade, when at least 150,000 individuals died, has left a legacy of trauma in its wake for the overwhelming majority of Algerians.

The way the anti-government Hirak protest movement — which cuts across different segments of Algerian society — has shirked violence likewise shows how the civil war of the 1990s continues to penetrate the national conscience. It has had a direct bearing on the restraint exercised by Algeria’s pacifist protesters who hanker for a civilian rather than military-run state and the dissolution of le pouvoir.

The pacificist nature of resistance to the regime is a source of frustration for militant Islamist groups that only have the ability to launch sporadic, localized and for the most part low-casualty attacks. Al-Qaeda in the Islamic Maghreb (AQIM), other militant Islamists and their affiliates may be able to capitalize on increasing socio-economic pressures, rising unemployment and intensified repression against dissent to attract some new recruits. But their pool of would-be Algerian fighters is unlikely to expand dramatically.

AQIM is in any case outmuscled by Algeria’s formidable security apparatus and most of its fighters operate across the southern border. All the locally based oil and gas executives I have spoken to in Algiers tip their hats to the Algerian army for its effectiveness at deterring cross-border incursions toward oil and gas operations since the Tigantourine gas facility hostage crisis of 2013.

Although looking to contain a reinvigorated Hirak protest movement and reeling economy, the regime is unlikely to have to contend with an indigenous surge in religious radicalization over the coming years. It can also count on Algeria’s moderate Islamist parties to remain weak, divided and discredited. Dawa Salafiya will remain the most influential Islamic movement in Algeria — one that the regime can be expected to continue tolerating.