UN: Houthi attack on Marib may displace hundreds of thousands

The potential for a Houthi offensive poses a major test for the Biden administration. 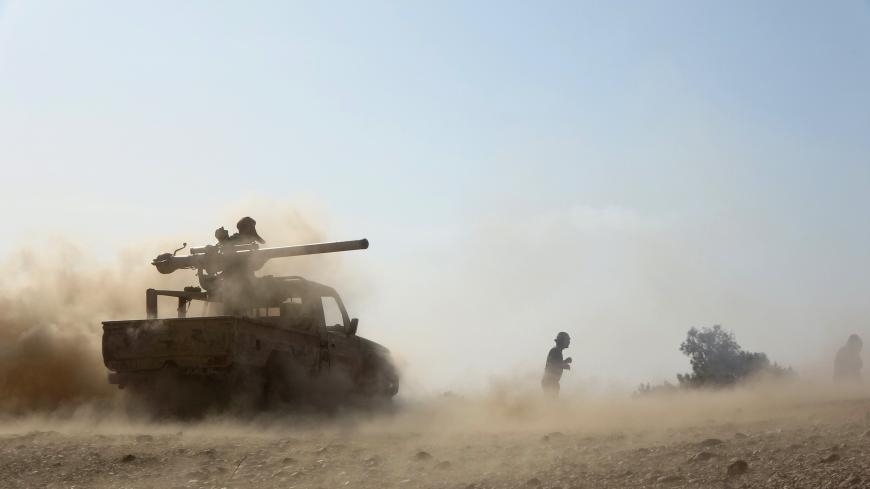 Hundreds of thousands of people could be forced to flee their homes if Yemen’s Houthi rebels advance on the city of Marib, the United Nations’ top humanitarian aid official warned Tuesday.

The oil-rich city remains a sanctuary for some 2 million people in the country’s six-year civil war, but the northern Yemeni rebels are now threatening to assault the enclave.

An attack on the city would have “unimaginable humanitarian consequences,” said Martin Lowcock, the United Nations' under-secretary-general for humanitarian affairs and emergency relief coordinator.

The Iran-linked Houthi rebels have pressed the attack, pushing the frontline to within 20 miles of the city, according to Reuters. The Houthis have also ramped up projectile attacks on neighboring Saudi Arabia as both the UN and the United States renew efforts to end the war.

A rebel offensive could unravel the Biden administration’s initiative to end the conflict via diplomacy rather than the coercive pressure employed by the former Trump administration.

The US State Department announced last week it would revoke the former Trump administration’s terror designation for the Houthis. UN officials and aid groups protested the designation, saying it would effectively cut off humanitarian aid to a majority of Yemen’s desperately in-need population.

On Tuesday, UN Special Envoy to Yemen Martin Griffiths also expressed concern about the renewal of fighting. If the Houthis take Marib, it will put the Zaydi Shia fighters in control of Yemen’s north. Though frontlines have largely stalled across the country, the territory the Houthis already control is home to a majority of the country’s population.

Timothy Lenderking, the United States' special envoy for Yemen, revealed Tuesday that the administration was “very aggressively” communicating with the Houthis via back channels while coordinating with the leadership of “key countries involved” in the conflict, in likely reference to the Yemeni government and Saudi Arabia.

The United States has said it would halt offensive operational support to the Saudi-led coalition in Yemen in response to humanitarian concerns, but continue to provide defensive intelligence support to its Gulf partners.

The Houthis have pressed the attack amid the renewed peace initiative. The rebels claimed a strike on southwest Saudi Arabia's Abha airport last week as Lenderking visited the kingdom for talks in Riyadh.

In late December, gunfire and explosions hit Aden airport in a suspected Houthi strike that killed more than 20 people. The attack came as Cabinet members of the newly formed Yemeni government disembarked from the Saudi capital, where months of bitter negotiations led to a new unity government.

Washington officials last week called on the Houthis to halt their continuing missile and drone attacks into Saudi Arabia.