Oldest water tunnel in Palestine yet to be fully explored

The Balama tunnel is the most ancient water tunnel discovered in Palestine, but it still needs to be fully explored so it can turn into a tourist attraction. 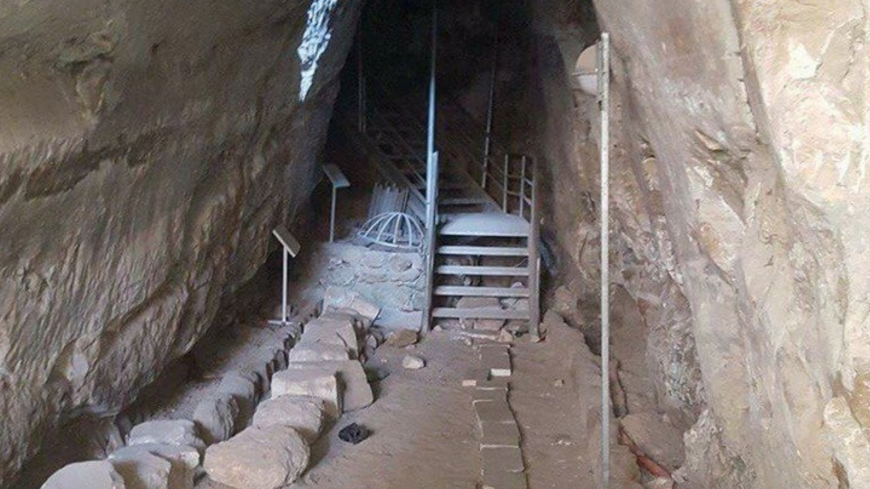 An undated image of the entrance to the Balama tunnel. - TWITTER/Mahamodm

RAMALLAH, West Bank — The archaeological site of Khirbet Balama contains the ruins of an ancient fortified Canaanite city. The location, at the southern entrance to the city of Jenin in the northern West Bank, is a historical crossroads in Wadi Balama, which connects the Plain of Araba with the Marj Ibn Amer Valley.

Khaled Rabaiah, head of the directorate of tourism and antiquities in Jenin governorate, told Al-Monitor, “Khirbet Balama is known in ancient texts as Abliam and was mentioned in the Royal Archives of Egypt in the fifteenth century B.C. The site was a major city in the Bronze Age and early Iron Age. It survived the Persian, Hellenistic, Roman, Byzantine and early Islamic periods, as well as the Crusader/Ayyubid and the Ottoman dynasties.”

The water system connected a natural spring to the city center through a tunnel and also served as a hidden escape route during wars and sieges. At other times in its history, the tunnel had been used to house horses.

Rabaiah said that the tunnel was discovered in 1996 during the expansion of the main street connecting the cities of Jenin and Nablus, and after its initial discovery urgent excavations were carried out at the entrance to the tunnel. In 1998, he noted, two-year extensive excavations were carried out as part of a joint project between the Ministry of Tourism and Antiquities and Leiden University in the Netherlands.

He noted that the tunnel consists of three parts, namely the domed lower entrance, the ascending runway part that is cut into the rocks and the upper narrow corridor built with stones. The length of the explored section of the water tunnel is 115 meters (377 feet), 105 meters (344 feet) of which is cut into rocks. The ascending runway consists of 57 steps, where a series of restoration works took place, followed by a project to rehabilitate the tunnel as a tourist site in 2005, after which it was opened as an archaeological park for visitors.

Rabaiah pointed out that the excavations revealed a huge structure that stood at the entrance to the tunnel, which consisted of a series of rooms, courtyards and stairways dating back to different eras, and that excavations at the site also revealed parts of city walls dating back to the Bronze Age, and the remains of houses from the Iron Age II, a grape press from the Roman period and remains of a tower from the Frankish and Ayyubid dynasties.

The site is of great historical importance, but it is not yet ready to welcome visitors, as excavations need to be completed and its facilities need to be equipped to accomodate tourists.

Rabaiah noted that since the outbreak of the coronavirus pandemic in the Palestinian territories in March 2020, no tourists have visited the site; only one employee and a guard are there to protect the site.

He added that the tunnel needs some restoration works, while excavations need to be completed and some facilities — such as a museum and a cafeteria — need to be established, all of which require large financial resources.

Rabaiah said that the lack of financial resources is impeding works at the site, especially since parts of the water tunnel have not yet been uncovered, as well as elements of Khirbet Balama, which extends over an area of about 120 dunams (30 acres). He noted that once this site is turned into a sizeable archaeological park, its facilities and the many visitors it will receive would boost the local economy.

Director of Excavations at the Ministry of Tourism and Antiquities Jihad Yassin told Al-Monitor that 65% of Khirbet Balama has been excavated. He explained that there are still approximately 50 meters (164 feet) left to reach the end of the water tunnel, based on the expectations and the studies that have been carried out.

In addition to the lack of financial resources, Yassin said that another reason hindering further exploration is the nature in the area and the fractures in the rocks, pointing out that the physical surveys conducted in the area showed the existence of subterranean voids, which means that parts of the tunnel are yet to be discovered.

“Completing excavation works at the site requires modern equipment that can help in exploring the extension of the tunnel and the remaining parts of Khirbet Balama,” Yassin added.

He noted that some of the site is on private property owned by citizens, so either excavation works need to be discussed with the landowners first or a decision needs to be issued to make it a public space and turn it into an archaeological park. He said that understandings had been reached with the owners to carry out previous excavations.

Yassin said that the site’s acquisition requires large sums of money to compensate its owners, given the large size of the land and the high prices in that area, as it lies at the entrance to a vital city in the northern West Bank. He added that there is no danger to the site from theft or illegal excavations, since it is protected, despite being privately owned, but the antiquities are considered public property that no one may dispose of.

He stressed that the Ministry of Tourism and Antiquities has placed the site’s acquisition on its agenda, and that may be done by either buying the land from the owners or giving them government land in exchange.