The ancient town of Sebastia northwest of Nablus in the West Bank remains a target of continuous attacks by the Israeli army and settlers. 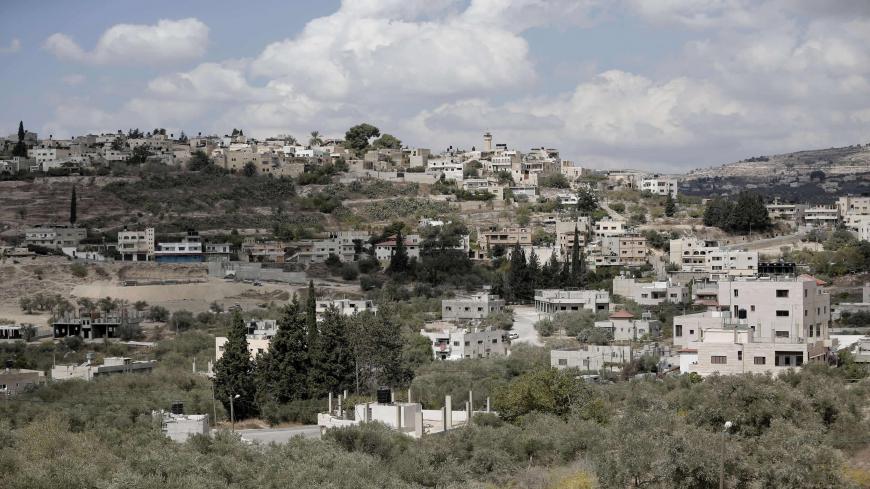 This photo shows the town of Sebastia in the northern West Bank, Sept. 30, 2014. - Ahmad Gharabli/AFP via Getty Images

The historical town of Sebastia is located on a 440-meter high (one-quarter of a mile) hilltop north of Nablus city and is known as the Palestinian capital of the Romans. The city, famous for its dozens of Roman archaeological pieces and sites, continuously faces attacks by Israeli settlers and the Israeli army, who have their eyes set on its archaeological sites.

In November 2020, Israeli authorities threatened to forcibly remove the 17-meter (56-feet) long Palestinian flagpole erected near the antiquities plaza in the town of Sebastia. The plaza itself is located in Area B of the West Bank, which is under Palestinian civil control and Israeli military control. Israel claims the flagpole provokes the settlers.

Mohammad al-Azem, head of the Sebastia municipality, told Al-Monitor, “Sebastia is an ancient town dating back 3,000 years. It extends over 5,000 dunums [1,235 acres] and is inhabited by 3,500 people. Herod the Great named the city Sebaste — meaning Augustus — in honor of Roman Emperor Augustus Caesar in 27 B.C.”

On another note, he said that several archaeological sites in Area B were restored, including a number of churches 4 kilometers (2.5 miles) inside the Roman city wall. The Belgian Development Agency, the Italian Agency for Development Cooperation, the Ministry of Tourism and Antiquities, the European Union and the United Nations Development Program have rehabilitated Al-Baidar Square near the archaeological site, as part of a single project completed in October 2020. “The number of foreign tourists coming to Sebastia was estimated at 100,000 per year, but during 2020 no tourist entered the town due to the coronavirus pandemic,” Azem noted.

He added, “The Israeli army prevents the Sebastia municipality and the Palestinian Ministry of Tourism and Antiquities from entering the archaeological sites located in Area C, which is under Israeli security and administrative control. These sites are home to multiple monuments such as the Roman stadium and amphitheater, a colonnaded street with 600 columns, a temple for Augustus, a royal palace, a basilica and a Hellenistic tower. The ruins located in Area B are the Cathedral of St John the Baptist, the Roman Cemetery and Nabi Yahya Mosque.”

Jeires Qumsieh, spokesman for the Palestinian Ministry of Tourism and Antiquities, told Al-Monitor, “The oldest sites and monuments in the town of Sebastia date back to the Iron Age, the Stone Age and the Bronze Age. Then the Assyrian, Babylonian, Persian, Canaanite, Greek, Byzantine and Roman civilizations left their mark over time until the Islamic period. Sebastia has made it to the tentative list of the UNESCO World Heritage sites.”

He said, “Israel has its eyes set on the town and its archaeological sites, which witness almost daily incursions. Israel also impedes the work of the Ministry of Tourism and Antiquities employees in the town. Sebastia has archaeological and historical treasures that are yet to be discovered.”

Qumsieh explained that the region needs permanent development and protection. “The necessary infrastructure must be built to accommodate more foreign tourists,” he added, calling on international institutions concerned with protecting heritage and antiquities to pressure Israel to allow the ministry’s staff into archaeological sites in Area C to protect them from thieves and illegal excavations.

Ghassan Douglas, the official in charge of the settlement file in the northern West Bank affiliated with the PA, said the Nablus governorate is surrounded by 12 Israeli settlements and more than 37 Israeli military sites and outposts. “The governorate witnesses constant attacks by settlers, who cut olive trees planted on the citizens’ lands and release wild pigs and sewage wastewater into these lands. These Israeli measures aim to stifle the Palestinian population and deny them access to their lands.”

Douglas concluded, “Israel is trying to falsify facts and history by labelling Sebastia as the capital of northern Samaria. This is an example of the settlement measures aimed at annexing the archaeological area to the so-called Israel Nature and Parks Authority.”