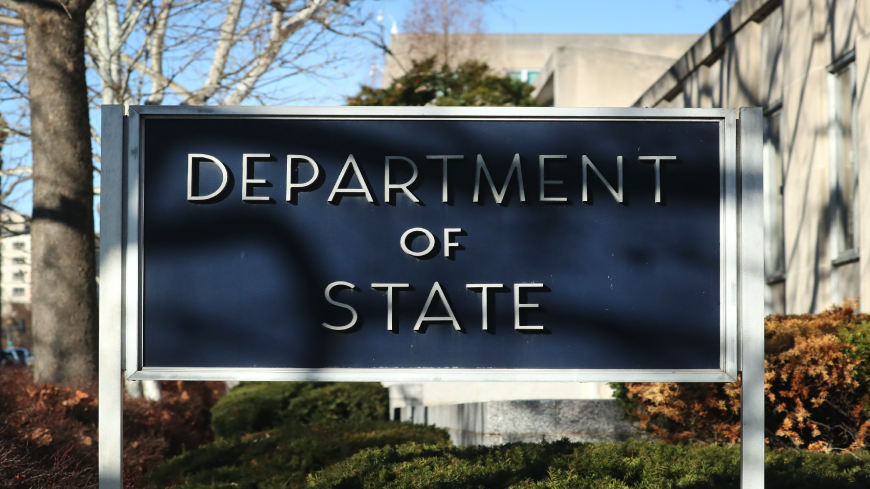 The US Department of State is seen on Jan. 6, 2020, in Washington, DC. Tensions are high in the Middle East after a US airstrike in Iraq killed Qasem Soleimani, a top Iranian military leader. - Mark Wilson/Getty Images

The US State Department has condemned Iran's government for the violence in the southeast Baluchistan region. The statement comes at a time of high tensions between the two countries.

On Thursday, the department’s Bureau of Near Eastern Affairs called on Iran to show restraint in the area.

The situation in the Sistan-Baluchistan province began when members of the elite Islamic Revolutionary Guard Corps opened fire on unemployed locals who were bringing untaxed fuel to Pakistan to earn money. This led to outrage and protesters storming state institutions throughout the province. Both demonstrators and Iranian security officers have been killed. Authorities also cut internet access in the area.

US President Joe Biden vowed to engage Iran diplomatically, eschewing the “maximum pressure” campaign of his predecessor Donald Trump. Relations remain tense, however. Also on Thursday, the US military struck Iran-backed militia targets in Syria. The strike was in response to the recent attack on US military positions in the Kurdistan Region of Iraq, which the United States blamed on Iran’s Iraqi militia allies.

The situation in Baluchistan could develop into yet another sore point between Washington and Tehran.

Many people in the province belong to the Baluchi ethnic minority. There are Baluchi separatist groups active there and in neighboring Pakistan, and the province has experienced armed conflict before.