UAE dismantling base in Eritrea following drawdown in Yemen

Images from The Associated Press show vehicles and structures being removed from the Emirates' military base. 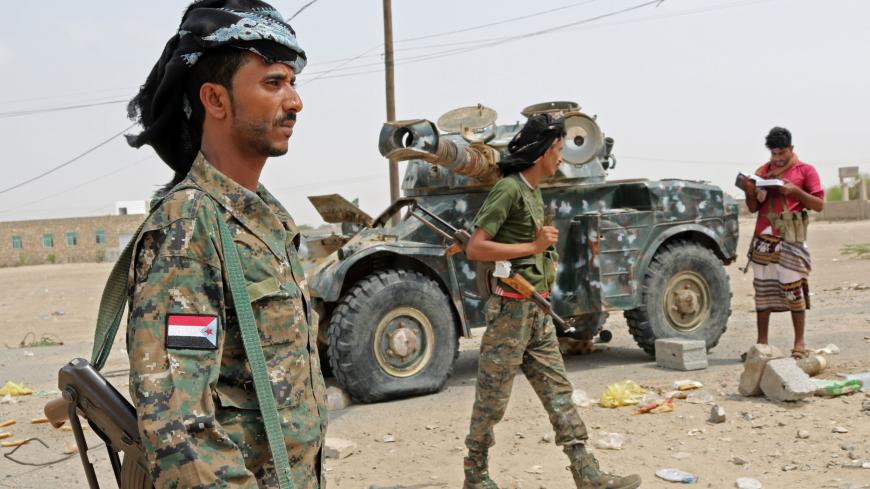 Fighters with the UAE-trained Security Belt Forces loyal to the pro-independence Southern Transitional Council gather near the coastal city of Zinjibar in south-central Yemen, in Abyan province, on Aug. 21, 2019. - NABIL HASAN/AFP via Getty Images

The United Arab Emirates is dismantling its military base on the Horn of Africa. The move follows the UAE’s lessening involvement in the Yemeni civil war.

Satellite images obtained by The Associated Press show vehicles and other materials being loaded onto a ship and the dismantling of structures at the base in Assab, Eritrea. The UAE built the base in 2015 and used it to send Sudanese troops and heavy weapons to Yemen, according to the outlet.

The base in the Assab port is the UAE’s first outside its borders. The UAE and Eritrea are close allies.

The news of the dismantling follows the UAE pulling back from Yemen. The UAE joined the Saudi-led coalition in intervening on behalf of the Yemeni government in 2015 in the civil war with the Iran-backed Houthi rebels. However, the UAE began withdrawing its forces in 2019 and finished last year. The UAE still provides support to the Southern Transitional Council, which separated from the Saudi-backed Yemeni government. The two sides have since reconciled.

The UAE received considerable criticism internationally for its participation in Yemen due to allegations of human rights abuses by Saudi Arabia and its allies. In January, US President Joe Biden paused an arms sale to the Emirates that had been announced by the Trump administration.