The UAE has tapped a former aide to Barack Obama’s UN ambassador as the country faces blistering criticism at the world body. 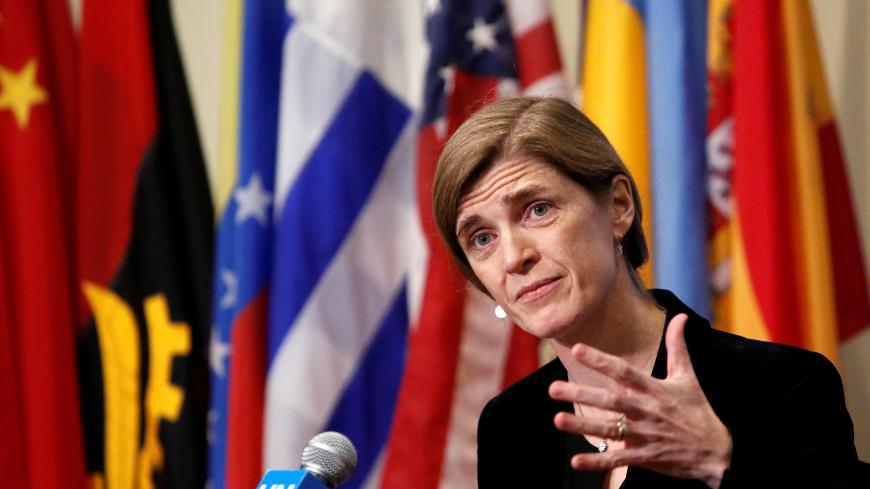 The United Arab Emirates’ mission to the United Nations has brought on its second former Samantha Power aide as the country faces pressure over alleged human rights abuses in Libya and Yemen.

Max Gleischman, a former director of communications for President Barack Obama’s UN ambassador, is listed as the account lead on a newly disclosed $400,000 contract with the Glover Park Group. The contract was signed Nov. 19 and runs for four months.

The communications and strategic counsel work “may include specific assignments with regard to representatives of media organizations and/or other activities of interest to the foreign principal, including global security, development assistance and other related issues,” according to a Justice Department filing. The firm will also provide “website development services” for the mission.

Gleischman did not respond to a request for comment.

The UAE previously retained the services of another ex-Power aide, communications director Hagar Chemali, from September 2016 until September 2018, as the country faced increasing criticism over its role in fighting the Iran-backed Houthi rebels. Leaked emails published by The Intercept between Chemali and UAE Ambassador Youssef al-Otaiba show that Chemali sought to discredit “without UAE fingerprints” a critical nongovernmental organization — the Arabian Rights Watch Association — as a Houthi front.

Power, a vocal human-rights defender, has been a strong critic of US involvement in the Saudi-led intervention against the Houthis under President Donald Trump but was largely silent when the policy began under Obama.

The hire comes as the UAE faces pressure on multiple fronts at the UN.

On Nov. 29, the UN Panel of Experts on Libya sent a blistering report to the Security Council accusing the UAE along with Egypt and Jordan of supporting Libyan strongman Khalifa Hifter militarily in violation of UN sanctions. Ari Ben Menashe, a lobbyist under investigation by the UN panel for his potential role in the fighting, has in turn accused the UAE of transporting Sudanese troops under its command in Yemen to the Libyan battlefield.

The UAE also continues to take fire for its role in Yemen, where its support of the secessionist Southern Transitional Council threatened to unravel the anti-Houthi coalition. After the UAE pulled most of its troops out in July, the Saudi-backed Yemeni government requested that the UN Security Council “hold a session on the blatant aerial bombardment” by the UAE against Yemen’s armed forces.

Finally, Reuters reported this month that a UAE cybersurveillance program tried to compromise email accounts of foreign diplomats representing UAE rivals at the UN in New York. The UN confirmed the attacks to the news outlet.

Gleischman, the former Power aide, is no stranger to Middle East lobbying. He previously worked for the Glover Park Group representing Saudi Arabia and Dubai-based Adalid Business Consulting DMCC but is now a senior vice president at Breakwater Strategy, which was founded by Glover Park co-founder Arik Ben-Zvi. The other registered agents on the account — Victoria Esser, a former deputy assistant secretary for Digital Strategy in Obama’s State Department, Joshua Gross and Brett O'Brien — all work for Glover Park.

The Glover Park Group separately works for the UAE’s Embassy in Washington and the Abu Dhabi Investment Authority.