Turkey's biggest opposition party has blamed the president for the deaths of 13 Turkish hostages in Iraqi Kurdistan over the weekend. 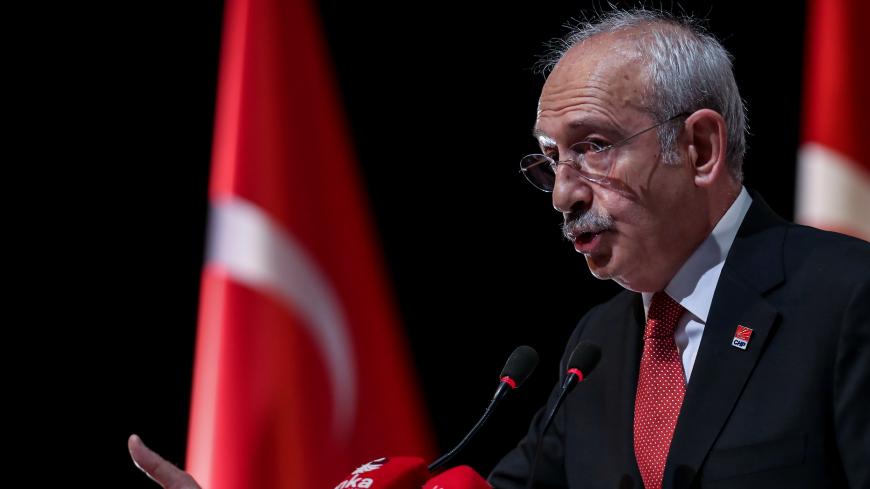 The leader of Turkey’s main opposition Republican People’s Party (CHP) said President Recep Tayyip Erdogan is to blame for the deaths of 13 Turkish hostages that were being held by Kurdish militants in Iraqi Kurdistan. In a scathing address before the Turkish Parliament, Kemal Kilicdaroglu said he had five questions for Erdogan. One was, “What have you done for this nation’s sons who were being held since 2015 by the terrorist organization?”

Kilicdaroglu went on to lambast the president in his Feb. 16 speech for failing to enlist the help of civil society organizations that had previously mediated to free Turkish citizens being held by the outlawed Kurdistan Workers Party (PKK). “Did it never occur to you to call on them?” he asked.

Kilicdaroglu reminded Erdogan of his admission the day before that the military operation in Iraqi Kurdistan’s Gare region launched Feb. 10 was to rescue the hostages but had ended in failure. “Normally someone should take responsibility and resign. You go to rescue hostages and they die. The person responsible for our 13 martyrs is Recep Tayyip Erdogan,” he said.

Kilicdaroglu’s salvos indicate that the opposition refuses to be intimidated by the government’s labeling of those critical of the mission as traitors or by the jailing of more than 700 members of the pro-Kurdish Peoples’ Democratic Party (HDP) on Feb. 15. The government accuses the HDP of links to the PKK and has prosecuted hundreds of its members on thinly supported evidence that they are members of the militant group. A video prepared Erdogan’s communications directorate called “The Origins of HDP-PKK Relations” and posted Feb. 14 by the state-run Anadolu News Agency purports to prove their alleged links.

There is widespread speculation that Erdogan may now go along with the increasingly vocal demands of his far-right ally Devlet Bahceli to shut the HDP down in a bid to consolidate nationalist votes that have been shifting to the conservative IYI or Good party.

But Erdogan’s perceived attempts to use the Gare tragedy to shatter the informal electoral alliance between the CHP, the HDP and IYI, which delivered a string of crushing defeats to his own party’s candidates in municipal elections in 2019, may well backfire.

Turkey says the PKK shot all 13 Turkish citizens in a cave complex in Gare, a mountainous region in Iraqi Kurdistan that borders Turkey. The PKK insists that Turkish forces were responsible for the deaths of seven servicemen, three policemen and three civilians, two of whom were allegedly members of Turkey’s national intelligence agency. It said repeated bombing by Turkish fighter jets and ensuing clashes on the ground had led to the deaths of the hostages.

The PKK had been holding the hostages for roughly six years and would only negotiate their release with the Turkish government, according to Turkey’s Human Rights Association.

Briefing the Turkish Parliament Tuesday, Turkish Defense Minister Hulusi Akar once again refuted the PKK’s claims. He insisted that the operation had been carefully planned and that Turkish forces had been monitoring Gare for the past five months.

He said the location of the cave was such that it could not have been struck from the air. Akar also denied the PKK’s claims that Turkish forces had used chemical weapons. He said tear gas had been used only at the entrance of the cave and that Turkish forces had exchanged fire with the militants after entering the cave, where the corpses were found. He said a total of 51 militants had died in the operation.

There has been no word so far from the PKK on its losses or where their remains are located. The group usually publishes the names and photos of fallen militants. It claimed victory against Turkey in Gare and said that its forces have returned to the scene of the conflict. Erdogan in turn insists that Gare has been “liberated.”

Akar said there were a further 5,000 PKK militants active in the field, though he did not specify where. However, he noted that 70% of PKK attacks originated from Kurdish-controlled Northern Iraq in 2019.

The PKK has been waging an armed rebellion against the Turkish state since 1984. Peace talks between the PKK’s imprisoned leader and the ruling party collapsed in the summer of 2015 amid mutual recriminations. Turkish attacks against the militants have escalated dramatically. The use of armed drones has tipped the scales in Turkey’s favor but 36 years of conflict have shown that a conclusive military victory is unattainable for either side.

Erdogan vowed to expand military operations against the PKK in a Feb. 16 speech to members of his Justice and Development Party in the Black Sea port city of Trabzon. “We will smash them in their caves,” Erdogan said.