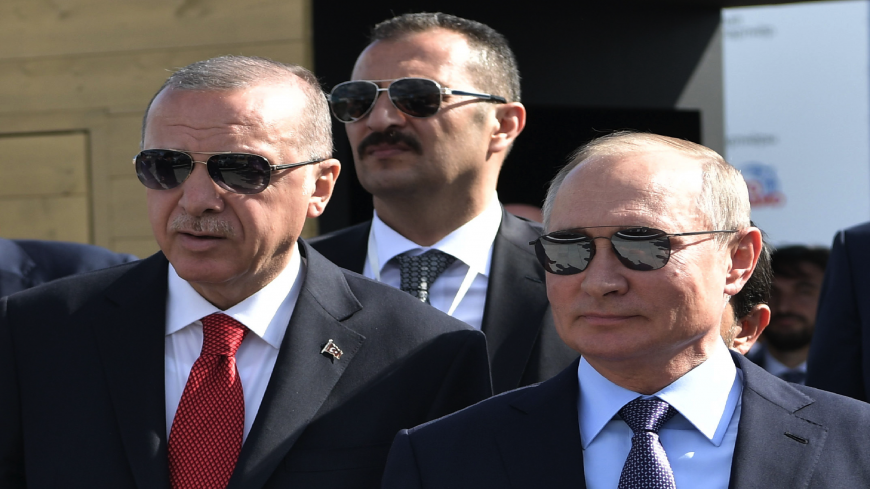 Turkish President Recep Tayyip Erdogan is calling for a new “democratic” constitution to replace the existing document that was drawn up by the country’s generals in the wake of their last hard coup in 1980. “I believe that our new constitution will reflect the popular will and crown the objectives we have set for the 100th anniversary of our republic,” Erdogan said in a Feb. 10 speech.

He has tasked his own party to get to work and invited opposition parties to join in the effort to come up with a text by 2023, the centenary of the modern republic founded by Mustafa Kemal Ataturk. 2023 is also when the next presidential and parliamentary elections are due to be held. With his popularity sagging, Erdogan faces the prospect of defeat for the first time since his Justice and Development Party (AKP) shot to power in 2002.

And as the June 2019 rerun of the municipal elections in Istanbul showed, even with the system so decisively rigged in Erdogan’s favor, defeat can become unavertable when the opposition unites against him. As such, Erdogan’s talk of amending the constitution — it's already been changed 19 times — is seen as straight out of Russian President Vladimir Putin’s playbook. The purpose is to rewrite the rules yet again in his own favor. It’s also to divert attention from swelling discontent over high prices, mounting poverty and unemployment, and endemic corruption. Either way, it rings hollow. Repression keeps growing. Tens of thousands of people have been locked up on specious terror charges. Torture under detention is back with a vengeance. In 2020, Freedom House ranked Turkey as “not free” for the fifth year running.

Erdogan’s current dilemma is partly of his own making. The executive presidential system introduced in the latest constitutional overhaul in 2017 was supposed to make him omnipotent. Technically speaking, it has him hanging by a thread. In order to be reelected in the first round of voting, the president needs to win 50%+1 of the popular vote. Recent opinion polls consistently show Erdogan scoring below this. His People’s Alliance pact with Devlet Bahceli, leader of the far-right Nationalist Movement Party (MHP), would be unable to garner a governing majority in the 600-member Turkish parliament according to a January survey by Metropoll, an Ankara-based polling organization.

Any constitutional fixes to address this glitch require a two-thirds majority. Erdogan and Bahceli together command 337 votes in parliament. So how does Erdogan wiggle his way out of this seeming impasse while preserving a veneer of legitimacy? Just how far will he go in order to remain in power?

These are uncharted waters for modern Turkey. Opinion remains divided. Many insist that Erdogan’s days are numbered and he will lose power in the next election. Others warn that his weakening hand is nothing to cheer about. If anything, it will propel him to further ruthlessness. Erdogan, 66, will die in office, they contend.

Nicholas Danforth, a historian and senior research fellow at the Hellenic Foundation for European and Foreign Policy who closely follows Turkey, said, “Erdogan has broken the mold of Turkish history. The country has had plenty of authoritarian leaders, but he is the first to come to power democratically. As a result, it's particularly hard to say what this history might mean for the future.”

Danforth continued, “There are a lot of contradictory clues. On the positive side, Turkey’s autocrats have a comparatively good record of stepping down. In 1950, to the surprise of everyone in Turkey and abroad, [the then president], Ismet Inonu, lost an election and gave up power after a decade as a dictator. Among the many dictators who claimed they were guiding their countries toward democracy, apparently, he was one of the few who really meant it."

“The Turkish military has also been, again by comparative standards, quick to return to civilian rule after the country’s coups. This doesn’t mean it completely ceded power, of course, but it was eager to preserve the mechanics of competitive elections. The downside of this, though, is that these coups have led Erdogan and his supporters to believe that the only real threats to Turkish democracy come from violent military interventions,” Danforth observed.

The basic mechanics of free and fair elections, starting with an independent media and judiciary, have long been compromised. But Erdogan, a classic populist authoritarian, would clearly like to preserve the aura of competition.

“I don’t think Erdogan has any taste for going ‘full authoritarian’ less because of Western ties than because the veneer of democracy is too important for his own legitimacy with his base,” said Howard Eissenstat, associate professor of Middle East history at St. Lawrence University. “Erdogan aims to ‘put his thumbs on the scale’ at the margins of elections in order to win. When you own the judiciary and the election officials, elections are much easier.”

Erdogan’s current game plan is to splinter the three-way alliance between the main opposition Republican People’s Party (CHP), the right-wing conservative IYI (Good Party) and the pro-Kurdish Peoples’ Democratic Party (HDP), which banded together in the 2019 municipal elections.

Erdogan is leading a campaign to criminalize — and isolate — the HDP over its supposed cooperation with outlawed Kurdistan Workers Party (PKK) militants. Hundreds of its leaders including elected officials have been locked up. The extent of the clampdown makes it unlikely the HDP would ever consider dealing with Erdogan should he turn to the Kurds.

He’s tried to woo away IYI leader Meral Aksener, whose poll numbers are rising thanks in part to defections from the MHP and the AKP. “Erdogan tested the waters to see whether Aksener would play ball. She said ‘no,’” noted Berk Esen, assistant professor of international relations at Istanbul’s Sabanci University.

The canny Aksener would rather be the opposition’s compromise presidential candidate or prime minister in a bolstered parliamentary system, which the opposition is pledging to restore, than bury her career by partnering with Erdogan. Kurdish support is key to all such plans. Any flirting with Erdogan is likely no more than a tactic to strengthen her own hand.

“Outside observers tend to view the opposition as an inert monolith whereas there is change happening within the opposition. There is an incredible resistance against the regime,” said Seren Selvi Korkmaz, lecturer at Stockholm University’s Institute for Turkish studies and co-founder of Istanpol Institute, a think tank in Istanbul. CHP leader Kemal Kilicdaroglu long accused of mousy timorousness carried the resistance to a whole new level in a Feb. 17 speech before parliament. He squarely blamed Erdogan for the deaths of 13 Turkish citizens who were being held by the PKK in what appears to have been a botched operation by the Turkish military to rescue them. “You rude rotter,” Erdogan riposted.

Caught between a sputtering economy, an increasingly cohesive opposition, and hardening American and European leaders, Erdogan is looking for a way out. Cash injections from Qatar or currency swap deals with China in exchange for Turkish silence over the plight of the Uighurs won’t be enough to sustain a country of 85 million. “We are witnessing a slow death by a thousand cuts for the Erdogan regime,” Esen said.

Shutting down the HDP, a measure Bahceli has been pushing for and which is now reportedly on the table, won’t necessarily help tip the parliamentary balance in favor of constitutional tinkering by Erdogan. According to Murat Sevinc, professor of constitutional law, even after the party is banned, its 56 parliament members will retain their seats. And even if the People’s Alliance were to recruit enough opposition lawmakers to secure a two-thirds majority, they would still need to take the amendments to a popular referendum. “I don’t believe they have much of a chance if they go down this road,” Sevinc said.

Erdogan could instead resort to gerrymandering. He could also lower the minimum 10% threshold for a party to win seats in parliament in order to salvage his MHP partners, whose ratings have dipped to 7%. Changes to the electoral law do not require a two-thirds majority, Sevinc confirmed. But there is a catch. The changes do not come into effect until a year after they are approved. This makes snap elections a less attractive option.

The pessimist camp argues that none of this really matters. “The law no longer matters, the electoral system no longer matters. He’ll do whatever he wants. He can rule through decree,” said Timur Kuran, professor of economics and political science at Duke University. “The trajectory is no different than that of other dictators like [former Egyptian President] Hosni Mubarak,” Kuran added. “There are two scenarios. He either clings to power and ultimately there’s a bloody ending. Or there’s the Bourguiba Ben Ali solution — a situation where a younger person in his inner circle topples him.” Kuran was referring to the ouster in 1987 of the late Tunisian dictator by his prime minister, Zine El Abidine Ben Ali, who himself was overthrown 24 years later in a popular uprising.

Either way, most agree that in the near term, Erdogan’s talk of reform is just that. Things will get a lot worse before they get any better.

“Erdogan is not the sort of leader who will easily cede power. He will likely opt for further pressure. He will resort to every means in order to stay on. Journalists are under physical attack. The mafia has grown vocal again. Polarization may turn into violent confrontation. Arbitrary arrests of even moderate figures may begin,” Korkmaz said.

Perhaps the most optimistic takeaway, Danforth said, “is that Erdogan is almost certainly going to keep holding elections. They won’t be fair, but as long as they happen, there’s always a chance that he will miscalculate and lose, or the fraud needed to win will become too blatant to dismiss.” At that point, Danforth speculated, “there’s a chance that the right constellation of political forces could come together to convince him he has no choice but to step down.”

Eissenstat is less sanguine, and he doesn’t believe there will be early elections. “The overthrow of well-established authoritarian regimes is so rare. Erdogan’s got time. It’s hard to game events that are more than two years out,” he said.