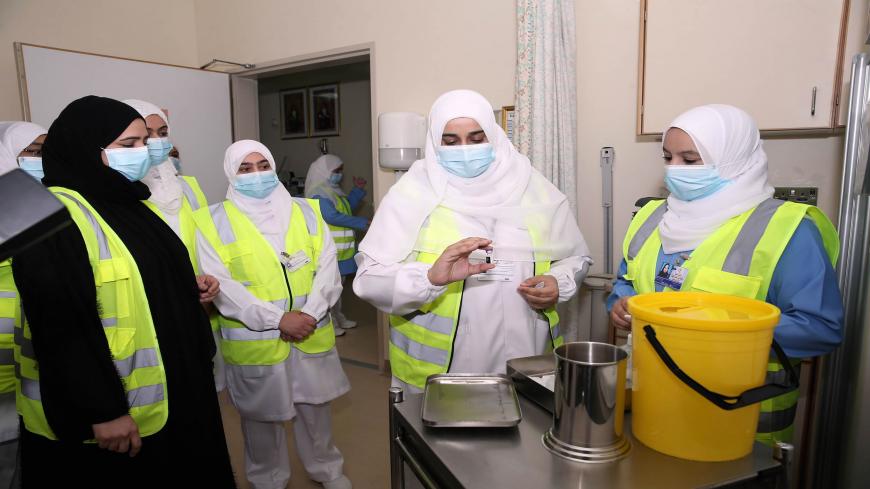 Oman has extended its border closure and implemented other measures to curb the spread of the coronavirus. The sultanate is also making progress administering vaccine doses.

The Supreme Committee for fighting the coronavirus said on Wednesday that all land borders will remain closed “till further notice.” Omani citizens wishing to return by land will need to do so before Feb. 21 at 10:00 a.m., after which they will not be allowed in. Trucks will continue to be allowed to enter, the state-run Oman News Agency reported.

The committee declared people entering via air, sea or land will now need to quarantine in a state facility at their own cost due to people breaching the previous voluntary quarantine rules. All beaches and public parks will also close on Thursday. Places of business must also reduce capacity by 50% starting on Friday, among various other new restrictions, according to the agency.

Oman is registering a few hundred cases a day, which is less than previous months. The sultanate does not release the total number of its daily infections, however. On Wednesday, the Ministry of Health reported 25 virus-related hospitalizations in the last 24 hours, but the ministry did not specify the total number of new cases.

Oman previously closed its land border on Jan. 17 for one week. That closure is now indefinite.

The Gulf country began vaccinating people against the virus in late December and is making progress on that front. A total of 6,188 people received vaccine doses on Wednesday, according to the Ministry of Health. Oman has a population of around 5 million.