The federal Iraqi government is also barring travelers from the UK, Iran and several other countries. 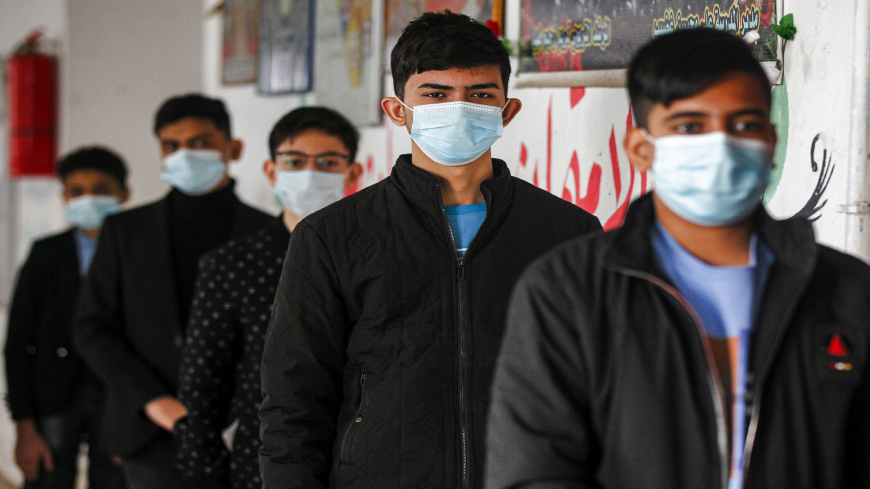 Students, mask-clad due to the COVID-19 pandemic, queue to be tested for the coronavirus using the fast blood testing method at a school in Sadr City, east of Iraq's capital, Baghdad, on Dec. 7, 2020. - AHMAD AL-RUBAYE/AFP via Getty Images)

The Iraqi government announced a series of strict measures to combat COVID-19 on Tuesday.

All land border crossings, restaurants and malls will be closed for two weeks starting on Thursday, the federal government announced on Twitter.

The government also said that citizens of the United Kingdom, Denmark, Netherlands, Belgium, Iran, South Africa, Australia and Japan can no longer enter Iraq. Any Iraqis returning from these countries must adhere to a 14-day quarantine upon their return.

Iraq experienced a major outbreak of the coronavirus over the summer and recorded several thousand new cases per day. The number of daily cases has dropped since then, however, to between 1,000 and 1,500 daily infections, according to Worldometer. The Ministry of Health reported 1,158 new cases on Tuesday. The highest number of cases were in the capital, Baghdad, and in Dahuk in the Kurdistan Region.

The government said in its tweet that these new restrictions are because of “the new coronavirus variant." There is currently a newer strain of COVID-19 spreading in the UK, which has prompted several states to restrict entry of travelers coming from there.

Neighboring Iran has also struggled to contain the virus all year. It is not clear why visitors from the other countries are now barred from entering Iraq, though. Australia is currently experiencing a relatively small outbreak compared to many other countries, but it still has some of the lowest number of cases in the world with only around 1,500 active cases.

The restaurant closures could impact Iraq’s economy. A June report from the United Nations found that small and midsize businesses in Iraq suffered significant revenue and job losses due to virus-related restrictions. The country is also in the middle of a budget crisis.

The travel bans affect the large number of aid workers in Iraq, many of whom are from the UK and Europe.

Health restrictions vary throughout Iraq. The autonomous Kurdistan Region, which administers land borders with Turkey and northeast Syria, may not opt to follow the new federal government orders.