NATO to expand its training mission in Iraq to 4,000 troops 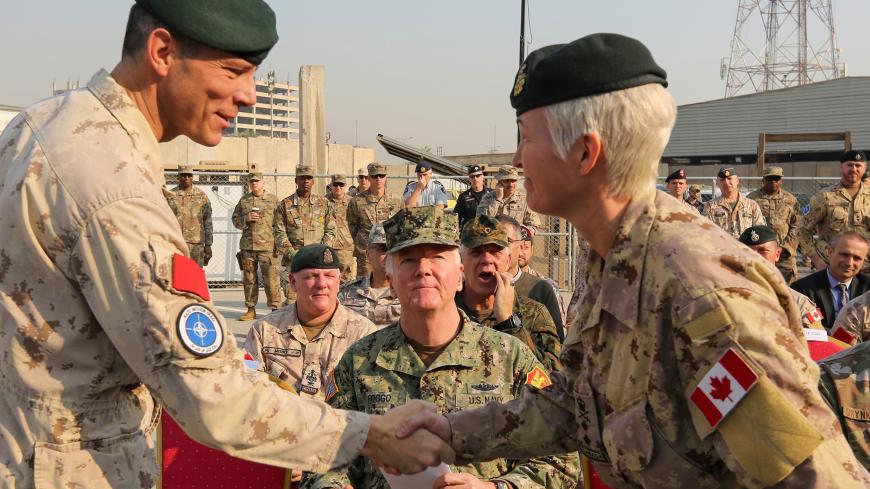 NATO has agreed to significantly broaden its military advising and stabilization mission in Iraq to roughly 4,000 troops, the alliance announced Thursday.

“Today we decided to expand NATO’s training mission in Iraq to support the Iraqi forces as they fight terrorism and ensure that ISIS does not return,” NATO Secretary-General Jens Stoltenberg told reporters in Brussels on Thursday, making a reference to the Islamic State.

“Our mission is at the request of the Iraqi government,” Stoltenberg said in a press conference at the end of the second day of NATO’s annual defense ministers’ summit.

The announcement follows more than a year of discussions between US officials, NATO representatives and Iraq’s government on the scope of the alliance’s noncombat advisory mission in the country, which has been devastated by war with the Islamic State and civil conflict following from the US invasion in 2003.

US Defense Secretary Lloyd Austin welcomed NATO’s decision, according to a Pentagon statement released Thursday. Earlier this week, a senior US defense official told reporters on the condition of anonymity that Pentagon leadership was “enthusiastic about and welcomes NATO’s increased focus on Iraq.”

Stoltenberg said the NATO mission’s expansion will include military trainers at “more Iraqi security institutions and areas beyond Baghdad,” but offered no timeline for the transition, only noting that it would be “incremental.”

“The US is participating in the force generation process for NATO Mission Iraq and will contribute its fair share to this important expanded mission,” Pentagon spokeswoman Cmdr. Jessica McNulty told Al-Monitor via email.

The Western alliance’s mission in Iraq began in 2018 and currently consists of some 500 NATO personnel led by Canada’s armed forces. In May, Denmark is set to take the helm of the mission — which is distinct from, but complementary to, the US-led multinational coalition to defeat the Islamic State.

The US-led coalition, known as Combined Joint Task Force-Operation Inherent Resolve, greatly reduced its footprint in Iraq last year, pulling out of a number of Iraqi bases around the country and consolidating at Erbil Air Base, Ain al-Asad and Union III, where coalition personnel of the Military Advisory Group advise Iraq’s senior commanders in Baghdad’s Green Zone.

The coalition no longer trains Iraq’s security forces at the tactical level, though some 2,500 US troops remain in Iraq as part of the task force’s curtailed mission, with another 900 in Syria.

Political uproar over the assassination hastened the Iraqi government’s engagement with officials from NATO member states on potentially expanding the presence of international troops in the country to offset any potential US withdrawal, which has so far been averted by Iraqi and US officials.

Austin also spoke with Iraqi Defense Minister Juma Saadoun and Interior Minister Othman al-Ghanimi this week, offering consolation and assurances of US support after some 14 rockets landed in and around Erbil's airport, killing a local contractor and injuring eight others, including one member of the US military.

The Biden administration has so far refrained from blaming Tehran for the attack, though it was claimed by a suspected front group for powerful Iran-backed militias.