Lebanese lawmakers have denied any wrongdoing, say underlying medical conditions were the reason for their early shots. 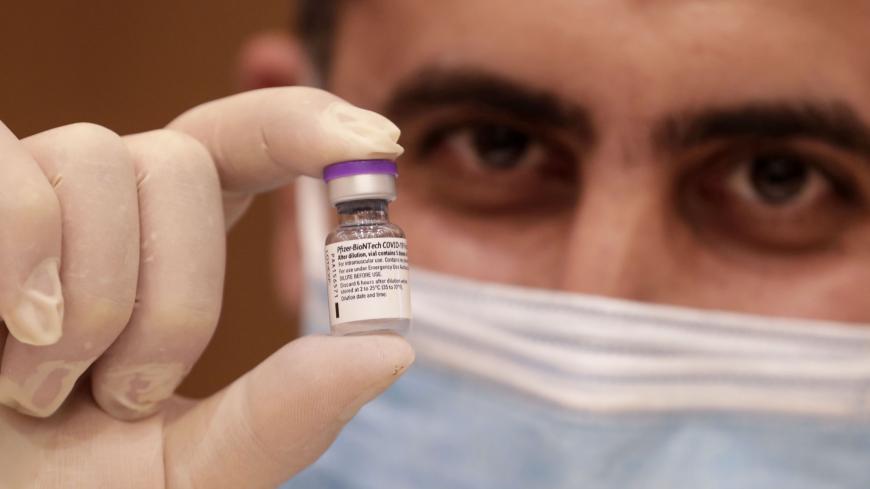 A medical staff member prepares a dose of the COVID-19 Pfizer/BioNTech vaccine at Lebanon's American University Medical Center in the capital Beirut, on Feb. 14, 2021, as the country begins its inoculation campaign. - ANWAR AMRO/AFP via Getty Images

The World Bank warned that it may halt funding for Lebanon’s COVID-19 vaccination campaign amid allegations that members of parliament are jumping the line to receive their jabs.

On Tuesday, 16 lawmakers and five of their staff members were vaccinated at the parliament, despite a rollout plan that prioritizes health workers, the elderly, epidemiological staff and people 55 and older with medical conditions. Adnan Daher, the parliament’s secretary-general, dismissed favoritism allegations, telling L’Orient Today that “anyone who was vaccinated under 75 has illnesses confirmed by a doctor’s note.”

When announcing a $34 million loan to cover vaccines in Lebanon last month, the World Bank called for transparency in the distribution process. The Bank’s regional director, Saroj Kumar Jha, tweeted on Tuesday that there could be consequences if people don't wait their turn.

“Upon confirmation of violation, World Bank may suspend financing for vaccines and support for COVID19 response across Lebanon!!” he wrote in a tweet that has since been deleted. “I appeal to all, I mean all, regardless of your position, to please register and wait for your turn.”

Earlier this month, the small Mediterranean country received its first batch of the Pfizer-BioNTech vaccine. The 28,500 doses, which were shipped from Brussels to the Beirut airport on Feb. 13, are among the 2.1 million Lebanon will get incrementally throughout the year.

The country of 6 million people is also set to get 2.7 million doses through the World Health Organization’s COVAX initiative. The International Federation of the Red Cross and Red Crescent Societies and the World Bank are monitoring the distribution.

Abdul Rahman Bizri, the head of the COVID-19 vaccination committee, said the incident in parliament had hurt public confidence in Lebanon’s vaccination campaign, adding that “a real statesman waits for his turn like any citizen.”

Lebanon is dealing with its worst economic crisis in decades and still reeling from an explosion in Beirut this August that caused billions of dollars in damage and left more than half the city’s hospitals unable to function. The blast, which was caused by some 2,700 tons of highly explosive ammonium nitrate stored unsafely at Beirut’s port, was seen as further evidence of the government’s negligence and corruption.

Just over a year after detecting its first COVID-19 case, Lebanon has recorded more than 356,000 infections and 4,387 deaths from the virus.