Iraq has pushed hard to be among the world’s first countries to receive and distribute the vaccine after committing $170 million to COVAX, a global body to promote the vaccine. 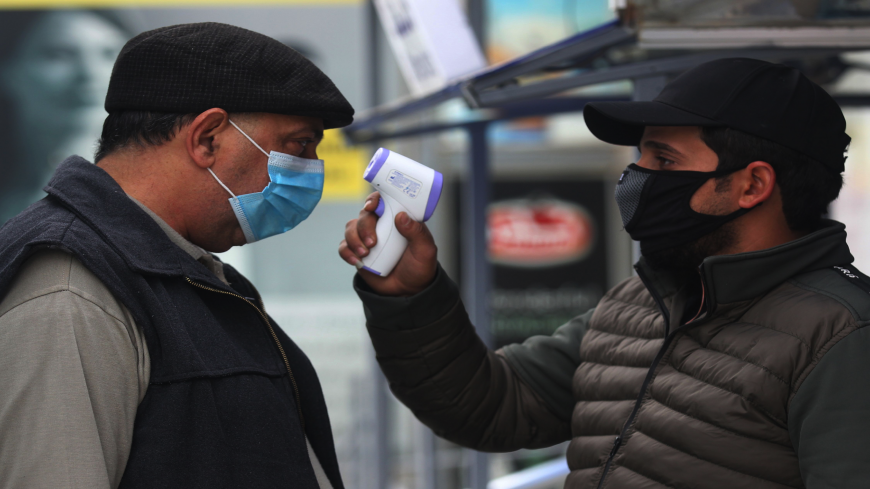 A shopper gets his temperature checked before entering a supermarket amid the COVID-19 pandemic in the Iraqi capital, Baghdad, on Dec. 18, 2020. - AHMAD AL-RUBAYE/AFP via Getty Images

Iraq is expected to receive its first doses of the Pfizer-BioNTech coronavirus vaccine by February, according to Iraq’s Health Minister on Monday.

Last month, the ministry announced it had signed a preliminary deal with the vaccine makers to import 1.5 million doses by early 2021. Health Ministry spokesperson Saif al-Badr confirmed this week with state-owned newspaper al-Sabah that Iraq’s share of the vaccine is now 8 million doses, enough to cover 20% of the country’s population. Troops, health care workers and the elderly are prioritized for vaccines, Badr had said in December.

“The distribution will be made to all governorates through hospitals to be determined through the media and according to priority,” he told al-Sabah on Monday. “The vaccine will not be compulsory at all.”

Iraq is still in talks to receive more vaccines through COVAX, an international body to promote global access to coronavirus vaccines for those in greatest need, as well as being open to other channels.

Iraqi leaders have expressed their desire to provide the vaccine for free to their citizens. But the country would need international assistance to distribute the vaccine on the government’s dime, President Barham Salih urged the United Nations in December.

“Iraq is among the countries whose governments will purchase and distribute vaccines free of charge to their citizens,” Salih said. “But this project is taking place in a volatile and complex economic situation, one that is already causing our people to suffer.”

Iraq has pushed hard in recent months to be among the world’s first countries to receive the vaccine. In October, Baghdad committed $170 million to COVAX to secure the vaccine, according to the World Health Organization.

That same month, the World Bank announced a $12 billion fund to assist countries in financing the purchase and distribution of vaccines, tests and treatments for its citizens. Riyadh al-Halfi, head of the general directorate at Iraq’s Health Ministry, confirmed to state media that Iraq would be among the countries receiving World Bank assistance.

Iraq has been among one of the hardest-hit countries in the region. As of Sunday, the country has registered over 600,000 confirmed cases of the virus and nearly 13,000 deaths; however, after a surge in September, cases dropped significantly by the end of 2021.