Israel continues to lead the world in the percentage of people who have received at least one vaccine dose. 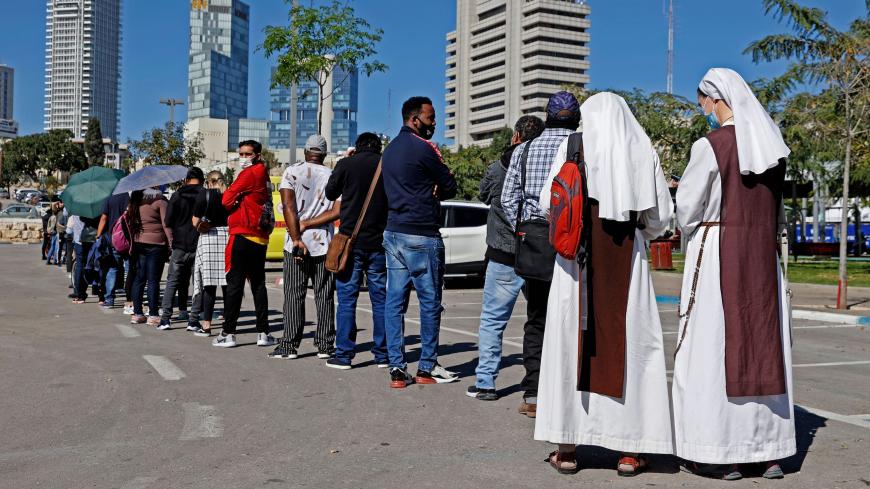 French nuns living in Israel queue with other foreign residents to receive a dose of COVID-19 vaccines at the Tel Aviv Sourasky Medical Center in the Mediterranean coastal city of Tel Aviv on Feb. 9, 2021, during a campaign to vaccinate foreign workers and refugees against the virus.

Foreigners in Israel’s largest city have begun receiving vaccinations against COVID-19. Israel has had one of the most successful vaccination campaigns in the world, though there has been controversy.

Dozens of asylum seekers and foreign workers received their first vaccine doses in Tel Aviv on Tuesday. They included people from the Philippines, Moldova, Nigeria, Sudan and Eritrea, the Associated Press reported.

Many people from around the world come to Israel seeking work opportunities or asylum. Tel Aviv, as Israel’s economic hub, has a large foreign population. This community contrasts with Israel’s foreign-born Jewish population, which is able to receive citizenship relatively easily due to Israel’s Law of Return.

Israel's coronavirus vaccination drives began in December. Prime Minister Benjamin Netanyahu has vowed to vaccinate every adult by the end of March. So far, Israel has administered at least one vaccine dose to more than 40% of its population, according to Our World in Data, putting Israel first in the entire world.

Most vaccines against COVID-19 require two doses to be fully effective.

Israel also led the world for several weeks in daily vaccine doses administered but has now been surpassed by the United Arab Emirates, according to Our World in Data, which is affiliated with Oxford University. 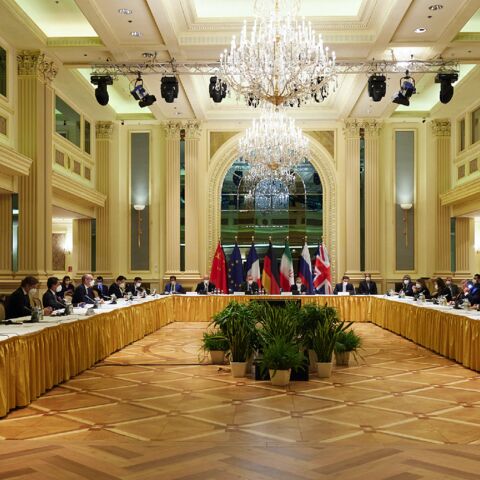