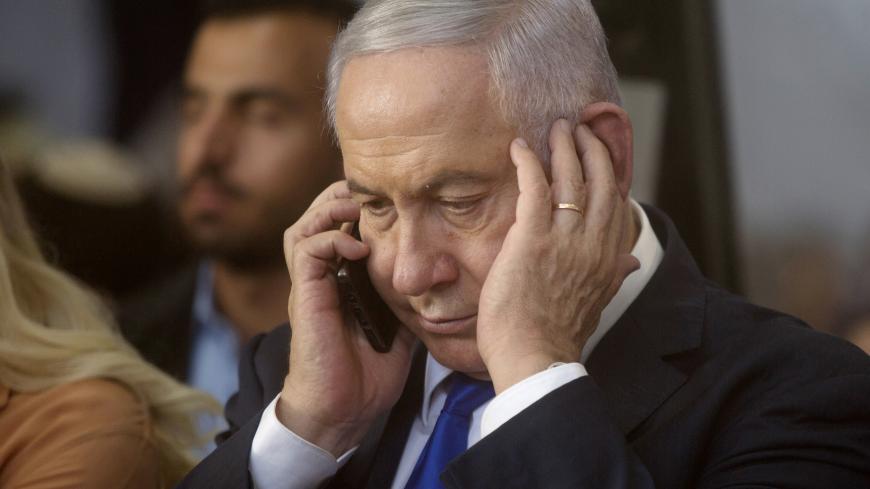 US President Joe Biden called Israeli Prime Minister Benjamin Netanyahu yesterday, almost four weeks after entering the White House. Netanyahu's office said that the conversation “was very friendly and warm and lasted about an hour. The two leaders noted the longstanding personal connection between them and said they would work together to further strengthen the strong alliance between Israel and the United States."

Netanyahu’s office said they had discussed strengthening bilateral ties and building on the normalization agreements between Israel and several Arab and Muslim countries, brokered last year by the previous administration. They also spoke about “the Iranian threat and challenges of the region, agreeing to continue talks between them,” read the statement.

The White House did not comment immediately on the phone call. In a statement issued later in the day, Biden “affirmed his personal history of steadfast commitment to Israel’s security and conveyed his intent to strengthen all aspects of the US-Israel partnership, including our strong defense cooperation.” Biden himself confirmed to reporters at the White House that he had spoken on the phone with Netanyahu, saying they had a good conversation. He gave no other details.

Netanyahu had waited for this phone call for 27 days since Biden took office. Biden called several other world leaders over the past four weeks before the Israeli prime minister in what was perceived in Jerusalem as deliberate distancing and even humiliation of Netanyahu. Some analysts in Israel thought that by keeping silent, Biden was sending Netanyahu a message of discontent over his consistently siding with the Republicans under President Donald Trump and damaging the traditional American bipartisan support of Israel.

In another sign of American discontent Biden delivered his first foreign policy speech Feb. 4 and did not mention Israel. His advisers had said that the president intended to call Netanyahu, but gave no timeline and did not explain the reason for the delay. Netanyahu himself rejected speculation that the delay was intentional. In an interview with Army Radio before the call yesterday, Netanyahu called Biden “my personal friend for 40 years,” adding he believes the president will advance further peace agreements between Israel and Arab and Muslim states.

On Feb. 10, former Israeli envoy to the United Nations Danny Danon tweeted, “President Joe Biden, you have called world leaders from Canada, Mexico, UK, India, France, Germany, Japan, Australia, South Korea and Russia. Might it now be the time to call the leader of Israel, the closest ally of the US? The PM’s number is: 972-2-6705555.”

Netanyahu had intended to hold a meeting on Iran this evening with Defense Minister Benny Gantz, Foreign Minister Gabi Ashkenazi, Israel's ambassador to the United States Gilad Erdan and national security adviser Meir Ben-Shabbat, but after the call with Biden, the meeting was postponed. When the meeting does take place, the small forum will discuss what Biden had said to Netanyahu as well as the videoconference earlier today between US Secretary of State Anthony Blinken and his French, British and German counterparts on the Iranian file.