An oil spill earlier this month is threatening the eastern Mediterranean, but many details on the incident are unknown. 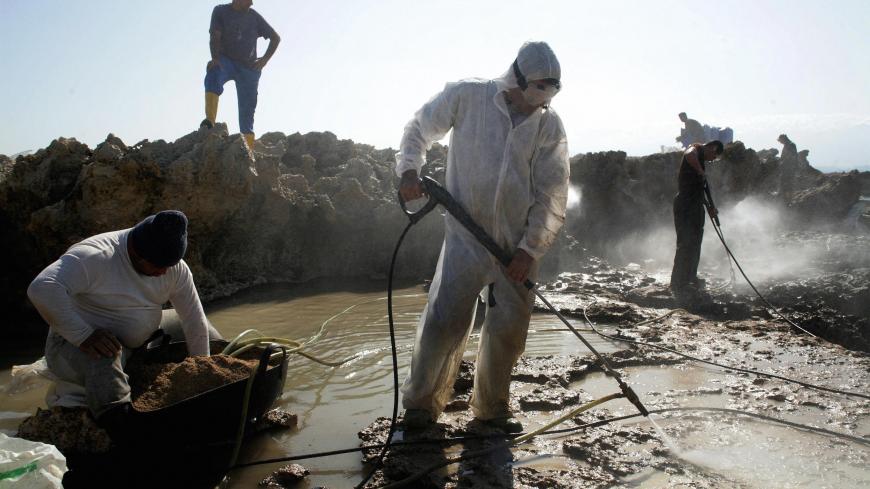 Lebanese workers use water pressure to clean-up the oil spill which polluted the Rabbit Island, offshore the Nothern Lebanese city of Tripoli, on March 31, 2009. - Georges Haddad/AFP via Getty Images

An oil spill in the eastern Mediterranean is affecting Lebanon and Israel’s coastlines, but details surrounding the incident are unclear.

The Israeli Environmental Protection Ministry believes the oil spill occurred between Feb. 6 and Feb. 10. Most of the country’s shoreline blackened as a result, The Associated Press reported on Monday.

Many details surrounding the spill are unknown. The Israeli government placed a gag order on the details of the investigation, which bars Israeli media from reporting on the involved ship, the destination and other relevant details. Lebanon’s caretaker Prime Minister Hassan Diab called on the United Nations to investigate the matter.

The nongovernmental organization Greenpeace warned on Monday that the spill poses a threat to swimming, fishing and marine life in the region.

The eastern Mediterranean is a busy waterway and oil tankers regularly travel through the area, according to shipping data.