Congress votes to make US Embassy move to Jerusalem permanent

The measure, an amendment to the COVID-19 relief bill, passed the Senate easily on Thursday night. 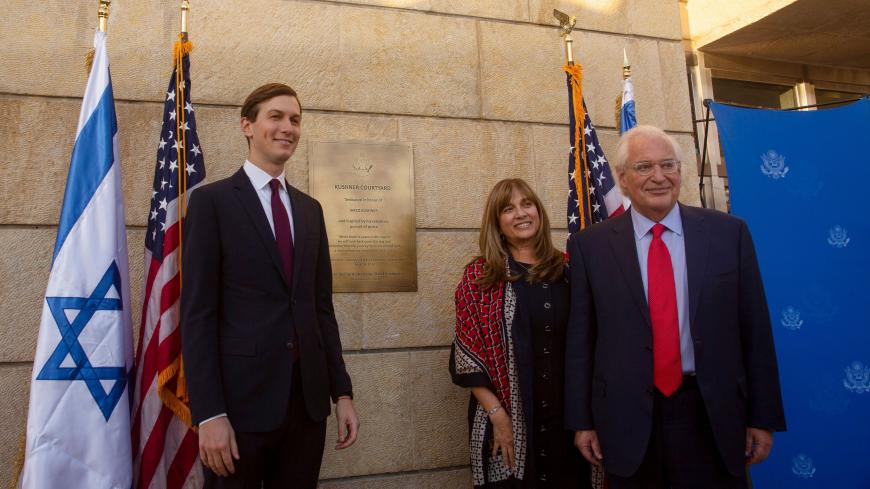 US Presidential Adviser Jared Kushner (L) poses with Ambassador David Friedman (R), and his wife Tammy (C), after the unveiling of a plaque at the embassy grounds in Jerusalem on Dec. 21, 2020. - MAYA ALLERUZZO/POOL/AFP via Getty Images

The US Senate voted on Thursday night to include a measure in the COVID-19 relief bill to prevent the administration of President Joe Biden from relocating the US Embassy in Israel from Jerusalem back to Tel Aviv.

The amendment was an easy pass. Despite objections from lawmakers on both sides of the aisle when former President Donald Trump ordered the US Embassy transferred to Jerusalem in 2017, Democrats shied away from the issue in the 2020 presidential race.

Secretary of State Antony Blinken said during his confirmation hearing last month that the Biden administration would not move to reverse the decision.

The Trump administration sold the US ambassador’s residence in Herzliya, outside Tel Aviv, for $87 million last year to the late Sheldon Adelson, a billionaire casino magnate, Republican party donor and friend of both Trump and Israeli Prime Minister Benjamin Netanyahu.

The move was seen by some observers as a way to help prevent the subsequent US administration from reversing the move.

Though Bill Clinton and George W. Bush both offered rhetorical support for moving the embassy to Jerusalem during their presidencies, both administrations declined to do so.

Trump's order to move the embassy to Jerusalem broke with longstanding US government precedent of respecting the city as the future seat of a Palestinian state as well as the Israeli capital.

The day of the embassy's opening ceremony was also the 70th anniversary of Israel’s founding.