US ambassador's residence in Tel Aviv sold for $67 million

The State Department has not acknowledged the buyer, reported to be Trump ally and casino magnate Sheldon Adelson. 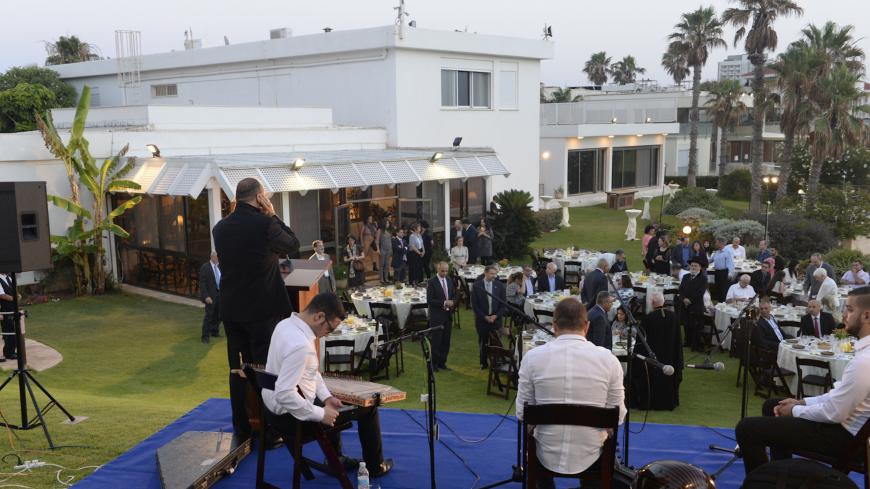 The US government sold its ambassador’s residence in Tel Aviv for $67 million in July, according to Israeli tax documents.

The revelation adds details to months of questions surrounding the sale of the property, widely seen as part of an attempt by the Donald Trump administration to hamper any future US reversal of the controversial decision to recognize Jerusalem as Israel’s capital.

The buyer is reportedly American billionaire casino magnate Sheldon Adelson, a political ally of Trump and vocal supporter of Israeli Prime Minister Benjamin Netanyahu. Adelson is also a major financial supporter of Israeli settlements and of the Birthright program, which invites Jewish young adults to tour the country.

Israeli tax records cited by The Associated Press today revealed that the 1,000-square-meter seaside property, located on Galei Techelet Street in the town of Herzliya outside Tel Aviv, was sold on July 31. The US State Department acknowledged the sale weeks later but mentioned neither the price nor the identity of the buyer.

The home is believed to be the most expensive property in Israel. In a statement to the AP, the State Department on Tuesday called the sale process “open and transparent” and said the buyer had been chosen “solely on the basis that they submitted the highest offer.”

Responding to Al-Monitor’s inquiry, the State Department acknowledged neither the buyer nor the sale price of the residence. “Israeli realtors under contract with the US government marketed the property in concert with Israeli lawyers also under contract to the US government,” a spokesperson wrote via email. “Both worked closely with US Embassy officials to finalize the sale in accordance with both the Department’s property disposal procedures and local Israeli law.”

President-elect Joe Biden has criticized Trump’s 2017 decision to relocate the US Embassy to Jerusalem but has said he will not undo the move. Most countries that have diplomatic relations in Israel maintain missions in Tel Aviv out of respect for the internationally accepted proposal for an eventual two-state solution to the Israeli-Palestinian conflict. Palestinians claim Jerusalem as the capital of a future state.

Earlier this year, the outgoing US administration finished unveiling its so-called peace plan for Israel and Palestine, an initiative spearheaded by Trump’s son-in-law and senior adviser, Jared Kushner.

The plan called for economic investment in the Palestinian territories and work toward an eventual Palestinian state in exchange for Israel holding off on additional settlements for the next four years.

In return, Israel’s planned annexation of swaths of the Palestinian West Bank would be recognized by the White House plan, which also rejected Palestinians’ claim to a capital in East Jerusalem.

That plan has largely bottomed out since it was overtaken by the White House’s so-called Abraham Accords initiative in which the Trump administration has offered various incentives — including advanced military technology — to Arab governments if they agree to normalize relations with Israel.

The latest push is seen as a way for the United States to shore up regional military deterrence to Iran’s ambitions in the region. Biden has said he will continue the Abraham Accords initiative.