Sheldon Adelson, major donor in US and Israeli politics, dies at 87

Adelson was a strong supporter of Israel and Prime Minister Benjamin Netanyahu as well as pro-Israel Republicans in the United States. 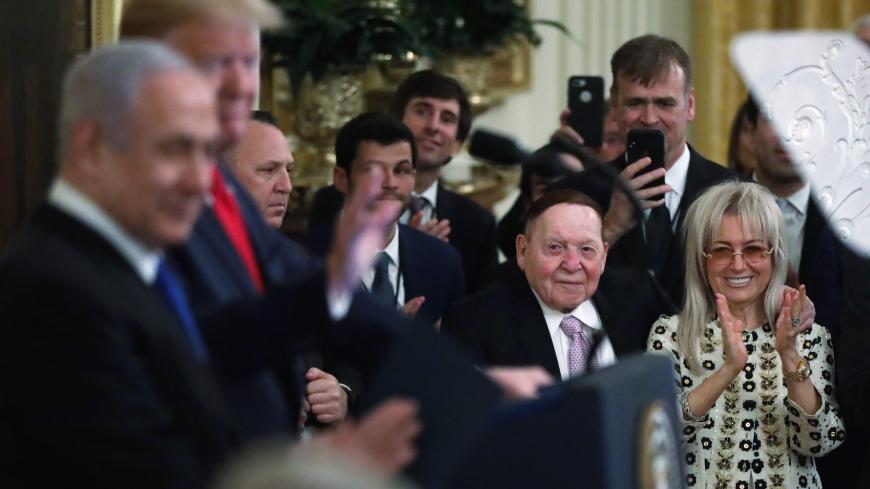 American casino mogul Sheldon Adelson died on Monday night. The billionaire was known for his strong support for Israel and influence on US-Israel relations over several decades.

Adelson was born in Boston to Jewish immigrant parents from eastern Europe. He served in the US Army and started several small businesses before building a casino and hotel empire. He owned properties in Las Vegas, Singapore and Macau. He died at 87 from complications related to treatment for non-Hodgkin’s lymphoma, according to the Associated Press.

Adelson was a staunch supporter of Israel and was particularly close to Israeli Prime Minister Benjamin Netanyahu. Adelson's financial support to Netanyahu began during his first term as prime minister back in 1996, according to the Israeli news outlet Yedioth Ahronoth.

In the United States, Adelson backed pro-Israel Republicans including US President Donald Trump. Adelson donated $20 million to Trump’s 2016 presidential campaign and spoke to Trump frequently after he became president. Adelson also attended the opening of the US Embassy in Jerusalem in 2018, according to Reuters.

Adelson was also a major financial backer of the Birthright Israel program, which pays for young Jews from around the world to visit Israel. Many of the trips are Zionist in nature and seek to expand support for Israel. Adelson donated $140 million to Birthright, the Israeli news site Arutz Sheva reported.

Last year, Adelson reportedly purchased the the US ambassador to Israel’s residence from the US government for $67 million. The home is located in Tel Aviv but is no longer of use to the State Department now that the embassy is located in Jerusalem.