The United States says it will present a "unified front" with Europe on Iran strategy once consultations with allies conclude. 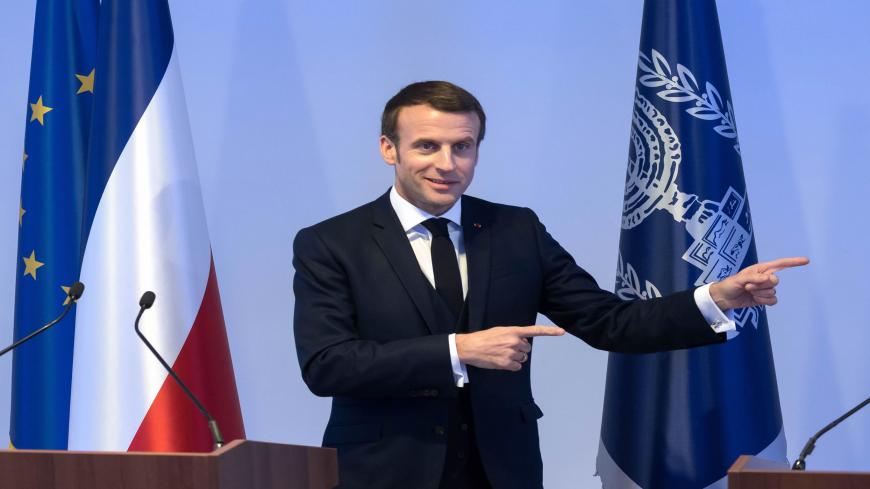 French President Emmanuel Macron gestures alongside the Israeli president as they address a press conference in Jerusalem, Jan. 22, 2020. - Jacques Witt/POOL/AFP via Getty Images

French President Emmanuel Macron on Thursday again suggested Saudi Arabia and Israel should be involved in renewed international engagement with Iran over the Joint Comprehensive Plan of Action.

Speaking during a virtual event hosted by the Atlantic Council, a Washington-based think tank, Macron also offered his services as an “honest broker” to renewed talks, as the US administration of President Joe Biden seeks to reengage with Iran over its nuclear capabilities.

“I will do whatever I can to support any initiative from the US side [to reengage in dialogue]," Macron said. “I was here and available two years ago, and 1½ [years] ago, to try to be an honest broker and a committed broker in this dialogue.”

The French president previously led an unsuccessful push to get the Trump administration back into the 2015 nuclear deal with Iran. The Trump administration unilaterally walked away from the deal in 2018, slapping crippling economic sanctions on Tehran instead in a bid to roll back Tehran’s influence in the region.

Macron last week initially said that Saudi Arabia should be involved in negotiations and “any agreement with Iran” about its nuclear program.

Iran’s government rejected that proposal, saying any nuclear negotiations will not include additional parties outside of those involved in the original 2015 agreement.

US and Iranian officials have both said in recent weeks that the other side must return to compliance with the deal first.

US national security adviser Jake Sullivan said Thursday that the United States is “actively engaged” with European countries about moving forward with Iran. “The consultations will produce a unified front when it comes to our strategy,” he said.