Although the road to sustainable economic recovery is teeming with several obstacles at this critical time, the new Yemeni Cabinet that recently arrived in Aden asserts that it will overcome all hurdles and deal with this challenging situation. 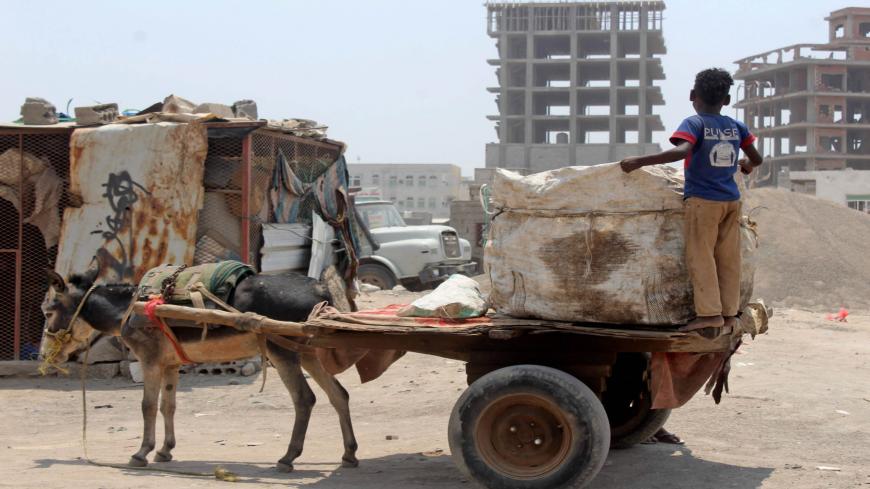 A Yemeni youth stands in the back of a transport donkey cart in the southern city of Aden, Yemen, Sept. 16, 2020.

The Dec. 18 declaration of the new Yemeni Cabinet sparked a wave of hope among Yemenis and signaled a significant stride toward peace, at least, in Yemen's south. Unexpectedly, the sense of optimism plummeted when three blasts hit Aden International Airport as the new Yemeni Cabinet arrived from Riyadh on Dec. 30. The southern separatists and the UN-recognized government signed a Saudi-sponsored peace deal in November 2019 to form a unity government.

The explosions left more than 20 people dead and over 100 wounded; no one has claimed responsibility so far. The attack was a powerful alert that challenges facing the new Yemeni government are formidable.

At present, the government is in Aden amid tight security measures. It has a variety of problems to address; the economic collapse is among the urgent issues that are of grave concern to all Yemenis.

Six years of war have culminated in dire economic conditions across Yemen. Millions of people suffer from food insecurity and famine is looming. The conflict has taken a heavy toll on the economy as the national currency has kept losing its value against the dollar. Prior to the war breakout in 2015, one US dollar was equivalent to 240 Yemeni rials. Lately, the Yemeni rial fell to as low as 900 per dollar. Simultaneously, the prices of food commodities soar nonstop amid rare job opportunities and unpaid salaries.

The fighting has fragmented the country, and it has spread misery nationwide. On Dec. 19, civilians staged a protest in the government-controlled Taiz city, demanding immediate measures to tackle the plunging currency and the rising poverty. The Houthi-controlled population keeps silent, but silence is not an indicator of welfare — but fear of the crackdown.

The population in the south and north have no adequate access to basic services. This reality prompted the World Bank in December to endorse a $303.9 million grant to Yemen to enhance access to essential services and boost economic prospects. Nonetheless, these attempts to help Yemen do not seem capable of creating a drastic economic change.

In view of the current turmoil, it is unlikely that the new government will be competent to address economic issues in a few weeks or even months. The spokesman for the UN secretary-general, Stephane Dujarric, said in December, “Next year [2021], more than half of all Yemenis will go hungry, and we expect 5 million people to be living just one step away from famine …”

Although the road to sustainable economic recovery is teeming with several obstacles at this critical time, the new Cabinet asserts that it will overcome all hurdles and deal with this challenging situation. Yemeni Prime Minister Maeen Abdulmalik Saeed said in a statement Dec. 19, “We are aware that the challenges are enormous, but we will bravely confront them.[We have] a clear plan and agenda on how to deal with current challenges.”

Wafeeq Saleh, an economic analyst focusing on Yemen's economy, told Al-Monitor that the Yemeni government can lead an economic recovery to mitigate people's suffering. However, this cannot happen without efficient action plans. Saleh said, “The government needs to have proper economic policies and practical programs to stem the economic collapse through activating all the government institutions and the resumption of exports such as oil and gas.”

Moreover, accountability over revenues is an urgent need. Saleh added, “The revenues of customs and taxation should be deposited into the Central Bank in Aden. Plus, austerity measures need to be adopted in to order to rationalize expenditures, fight all forms of corruption and address any issues in the revenue-generating institutions.”

Since September 2016, Yemen's public employees have not received their salaries regularly, which has left millions of families exposed to harsh living conditions. Saleh emphasized the need for the regular payment of public employees' wages. “I think the government will be able to fulfill its financial obligations toward citizens and improve the level of services as long as it operates [from within Yemen], activates all revenue institutions and fights the rampant corruption,” he noted.

Civilians in Yemen have shown conflicting sentiments toward the return of the government to Aden. Some Yemenis exhibit hope that better days are coming while others are still skeptical about the government's success, particularly at the economic level.

Fawaz Ahmed, a resident in Aden, told Al-Monitor that he is optimistic about the new Cabinet's arrival in Aden. “We will not worry about infighting in this city because the Southern Transitional Council and the government have finally agreed to accept each other. This will lead them to concentrate on economic issues instead of focusing on fighting one another.”

Ahmed believes that the south will be stable and civilians will move smoothly in the southern provinces without the fear of being caught in clashes or being stuck at security checkpoints. “When this happens, the transportation of people and goods will be easier, and business will improve,” he added.

Mohammed al-Samei, a Yemeni journalist in Taiz, said that the new Yemeni government will not quickly handle all economic issues. He told Al-Monitor, “The government, for example, cannot resolve the currency crisis unless it receives a new Saudi deposit in addition to resuming oil and gas exports. This will provide the public budget with the hard currency, leading to boosting the Yemeni rial.”

Samei ruled out that the government will soon be capable of regularly paying the employees' salaries or providing adequate services such as health, water and electricity. “For this to happen the government needs more time. Also the war should stop and the conflicting sides should reach a peace agreement,” he noted.

Now Yemen's new UN-recognized government is no longer in exile in Riyadh, and it closely observes the ordeal of the people at home. It remains to be seen if the government's presence on Yemeni soil would make a difference in Yemenis' lives. 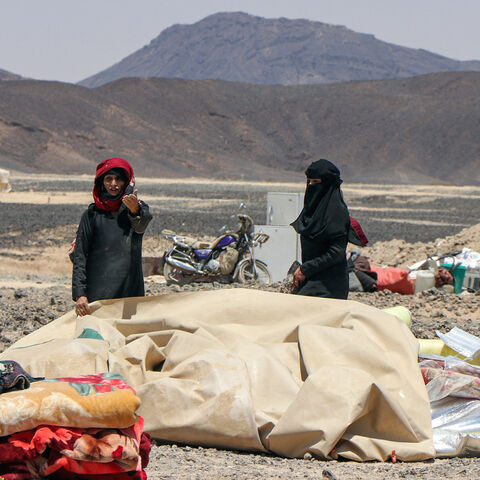 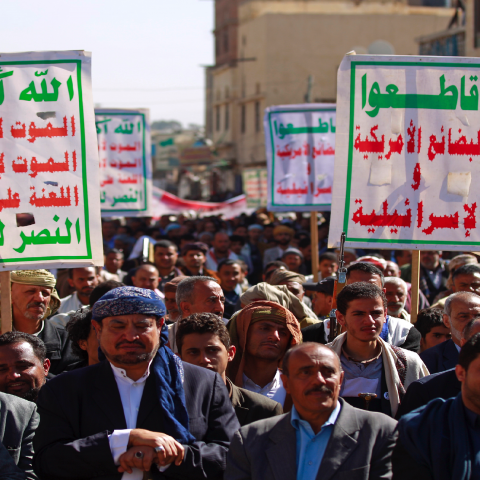 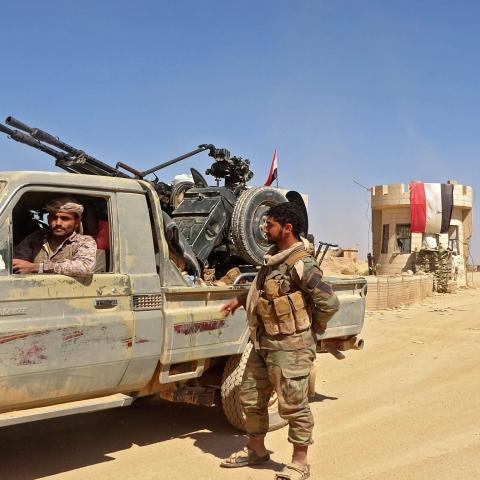