Experts say the terrorism label will complicate efforts to secure a decaying oil tanker in the Red Sea that could rupture at any moment and unleash another humanitarian and environmental catastrophe. 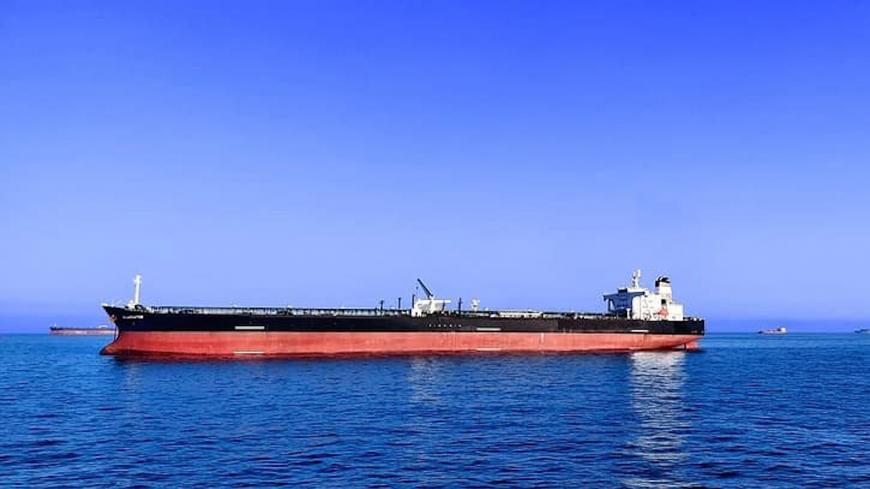 An undated image shows the FSO Safer tanker off the coast of Yemen. - UNANYC

Off war-battered Yemen’s western coast lies a rapidly deteriorating storage vessel that could at any moment become an oil spill of catastrophic proportions. Experts say it’s not too late to avert disaster, but an eleventh-hour decision by the outgoing Donald Trump administration to blacklist the militants who control the tanker has raised the stakes.

Last week, US Secretary of State Mike Pompeo announced he would designate the Houthi movement in Yemen as a “foreign terrorist organization” in what was seen as a final push to isolate Iran, the rebels’ regional backer. The label, which makes it illegal to provide material support or resources to the Houthis, drew an immediate backlash from the United Nations, humanitarian organizations and former US national security officials.

The designation is likely to produce a chilling effect, with banks and commercial suppliers deciding it’s not worth the risk to do business in Yemen. Relief agencies that need the permission of Houthi-run government agencies to deliver aid fear the designation will put their staff at risk of US prosecution.

The move could also complicate negotiations over the FSO Safer, a 45-year-old, single-hull storage tanker on the verge of leaking 1.14 million barrels of light crude oil into the Red Sea — about four times the amount released in Alaska’s Exxon Valdez spill in 1989.

The terror designation is "probably the most stupid decision one could ever make if you really are interested in the future of Yemen,” said Sir Alan Duncan, who served as the United Kingdom’s special envoy to Yemen from 2014 to 2016. “It freezes out the Houthis from any kind of dialogue.”

“What we need to do at this crucial moment is to talk to the Houthis and solve this problem, even if you don’t solve the entire conflict,” he said.

The Houthis haven’t performed proper maintenance on the tanker since they seized it from the state-run oil company in 2015, leaving seawater and salty air to corrode the pipes and valves. Highly flammable gases have also accumulated in the cargo tanks, fueling fears of an explosion.

A leak in the cooling system sent seawater gushing into the vessel's engine room in May, an incident UN humanitarian affairs chief Mark Lowcock said “brought us closer than ever to an environmental catastrophe” before a team of divers contained it.

The United Nations has tried for years to send an inspection team to assess the damage, but the Houthis kept coming up with reasons to deny them access. Finally in November, the rebels gave UN experts the green light to board the ship and determine the risk of an explosion or leak. If all goes smoothly, the technical team should be on site by mid-February.

The Houthis, who have long accused the UN of favoring Yemen’s Saudi-backed government, “have used the slightest pretext for reneging in the past. This is quite a significant one,” Ralby said. “It was something close to a pipe dream to expect the Houthis to follow through on the most recent round of agreements with the UN. There is now an infinitesimal chance that everything will go forward,” he added.

Pompeo framed the designation as one that will further peace prospects in Yemen after nearly six years of bitter conflict. But Abdulghani al-Iryani, a senior researcher at the Sanaa Center for Strategic Studies, says the move will only embolden the extremists within the Houthi movement.

“This is shooting the moderates in the back. They will be disarmed to argue their wisdom of cooperating with the international community on any file, including the FSO Safer,” al-Iryani said.

Even if the Houthis do honor their agreement, their blacklisting will hamper the work of private sector experts who could risk legal repercussions for necessary interactions with the rebels. Simply boarding the FSO Safer, much less salvaging it, would require talking to the Houthis since there are armed militants on the vessel.

Pompeo, who previously referred to the tanker as a "ticking time bomb," said the US would provide licenses and waivers to lessen the designation’s impact on the work of the UN and certain international organizations in Yemen.

The licenses published by the Treasury Department on Tuesday made no mention of the FSO Safer, only broadly authorizing “activities to support environmental protection in Yemen.”

President-elect Joe Biden is expected to reverse the designation, which takes effect the day before his inauguration. But the process is time-consuming, requiring either an act of Congress or a determination from his secretary of state that US national security or changes on the ground in Yemen necessitate the revocation.

In the meantime, environmental experts are desperately sounding the alarm, warning that an oil spill in the Red Sea will worsen what’s already considered to be the world’s worst humanitarian crisis. The UN projects the spillage would force a months-long closure of the Houthi-controlled Hodeidah port, doubling of the cost of food and triggering a 200% jump in fuel prices.

Tens of thousands of fishermen would lose their livelihoods and a fire on the FSO Safer could expose millions of Yemenis to harmful toxins while also ravaging swaths of agricultural land. The spillage would impact the neighboring countries of Djibouti, Eritrea and Saudi Arabia and pose a major threat to commercial shipping through the Red Sea, which accounts for 10% of world trade.

The FSO Safer could unleash one of the greatest man-made environmental disasters in history, a calamity experts point out is entirely preventable.

“If the world has paid any attention to major events over the last year, they should be really really concerned,” said Ralby. “Whether it’s the explosion in Beirut or even now the attack on the Capitol, many who pay attention saw these situations as foreseeable.”