Envoy Tim Lenderking called on donor governments and the private sector to help prevent a dilapidated tanker in the Red Sea from spilling its cargo of oil. 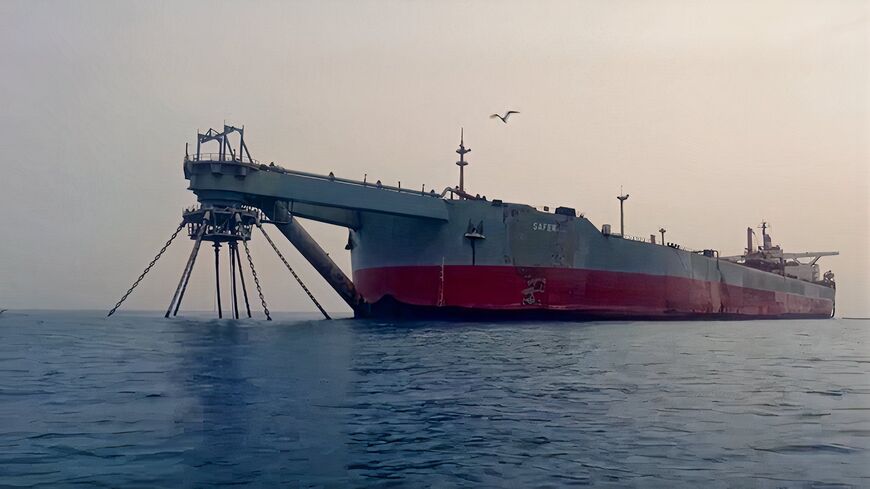 An undated image of the FSO Safer. - UN Yemen

The US special envoy for Yemen warned Tuesday of a looming environmental and humanitarian disaster if a United Nations plan to avert a major oil spill in the Red Sea isn’t fully funded.

Some 37 miles north of Yemen’s port city of Hodeida sits the FSO Safer, an aging offshore storage vessel that contains more than 1 million barrels of light crude oil — about four times the amount released in Alaska’s Exxon Valdez spill in 1989.

Yemen’s Houthi rebels haven’t carried out proper maintenance on the rusting ship since they seized it from the state-run oil company in 2015, and UN officials say the Safer is now beyond repair.

Why it matters: Experts have warned it’s only a matter of time before the Safer leaks or even explodes, wreaking havoc on a country already experiencing what is considered the world’s worst humanitarian crisis.

The UN estimates cleanup alone from a spill would cost $20 billion. Some 200,000 Yemenis would lose their fishing jobs overnight, and the expected closure of the Hodeida port would further drive up food and fuel prices. The spillage would also pose a major disruption to commercial shipping through the Red Sea, and a fire on board the Safer could expose millions of Yemenis to toxic fumes.

“This is the last thing that Yemen and the region needs,” US Special Envoy for Yemen Tim Lenderking said in a call with reporters Tuesday.

“A cigarette butt, the discharge of a weapon, a rough wave crashing over the bow, this is going to spill that oil into the Red Sea,” he said, referring to the decaying vessel as a “ticking time bomb.”

What’s next: The Houthis signed an agreement in March that would allow the UN to offload the oil onto a temporary vessel, before eventually transferring it to a more permanent replacement for the Safer.

But an international donor conference in mid-May raised less than half of the roughly $80 million that the UN says it needs to carry out the first phase of its operation. On Tuesday, Lenderking urged the private sector to help plug the funding gap.

“This is not just on government,” Lenderking said. “Many private companies use the Red Sea for commercial activity.”

Keep in mind: The Houthis, who view the Safer as a source of leverage, have reneged on past agreements that would have allowed UN inspectors to assess the vessel’s damage and carry out minor repairs.

Ian Ralby, CEO of I.R. Consilium, a global consultancy on maritime and resource security, expressed cautious optimism that the Houthis would cooperate this time around, but warned “they have never fully honored an agreement thus far, so it would be naive to think they will stick to this one.”

Asked whether he expected the Houthis to honor the current agreement, Lenderking acknowledged the group’s past obstruction, but told Al-Monitor that the recent extension of a nationwide truce has created “a more positive environment.”

“Let’s use this period of relative calm and confidence building,” he said.

Know more: The UN-brokered truce calls for the reopening of roads around the southwestern city of Taiz, where the Houthis have imposed a siege. Boshra Alhomaide reports on dire conditions for internally displaced Yemenis living under the rebels’ blockade.