Experts say the FSO Safer, a dilapidated vessel that contains more than a million barrels of light crude oil, is at risk of rupturing and spilling more oil than the Exxon Valdez. 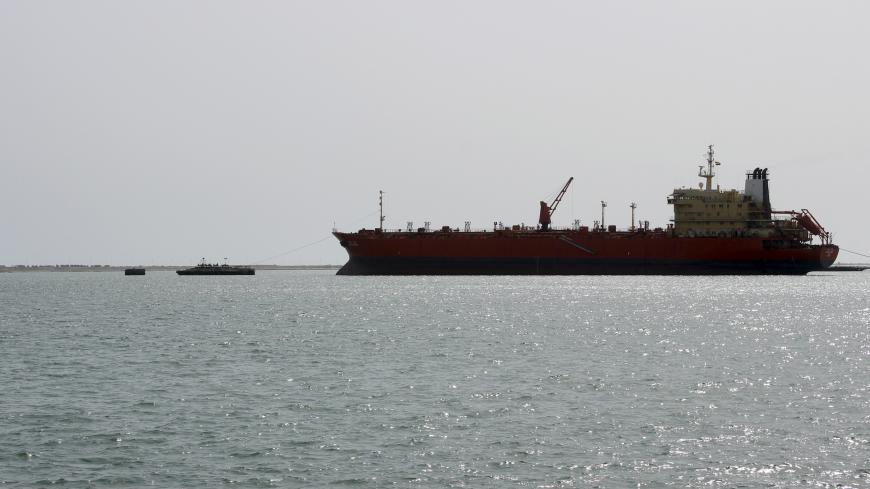 A picture taken on May 14, 2019, shows a general view of the Hodeidah port in Yemen, west of the capital Sanaa. - AFP via Getty Images

The Houthi rebels have given the United Nations permission to inspect a dilapidated oil tanker moored off Yemen’s Red Sea coast that experts warn is a humanitarian and environmental catastrophe waiting to happen.

On Tuesday, UN spokesperson Stephane Dujarric told reporters that the Houthi authorities had sent a letter “indicating their approval for the UN proposal for the planned expert mission to the tanker.”

“It represents an important step forward in this critical work,” Dujarric said.

The Houthis, who are fighting a Saudi-led military coalition and Yemen's internationally recognized government, seized the FSO Safer from the state-run oil company in 2015. The Iran-aligned group hasn't performed maintenance on the vessel since and they’ve repeatedly blocked UN efforts to send inspectors.

The ship, which is currently stranded about 37 miles north of the strategic port city of Hodeidah, contains 1.14 million barrels of light crude oil. The United Nations says it has the potential to leak four times as much oil into the sea than was spilled from the Exxon Valdez tanker in 1989.

In May, seawater leaked into the Safer’s engine room, risking an explosion before it was patched by a team of divers. In the absence of an inspection, the UN says it’s difficult to know what caused the leak.

With the green light from the Houthis, a UN team of experts could arrive by late January or early February, Dujarric said, but their timing depends on how quickly they can procure the equipment necessary for repairs.

“The objective of the UN mission is to assess the vessel and undertake initial maintenance as well as to formulate recommendations on what further action is required to neutralize the risk of an oil spill,” he said.

The UN estimates that in a worst-case scenario, a spill would force a six-month closure of the Houthi-controlled Hodeidah port and cause a 200% spike in fuel costs. The cost of food, 90% of which Yemen imports, would double at a time when more than 20 million Yemenis are food insecure.

Should the Safer leak, it could worsen what’s already considered the world’s worst humanitarian crisis. More than half a decade of war has left 80% of the population in need of humanitarian assistance to survive. Child malnutrition has reached record highs and the country is again on the brink of famine.

“The agreement to allow access to the SAFER tanker is welcome (and overdue). Making it safe as soon as possible will prevent a potentially huge environmental disaster,” Britain’s ambassador to Yemen, Michael Aron, tweeted on Wednesday.